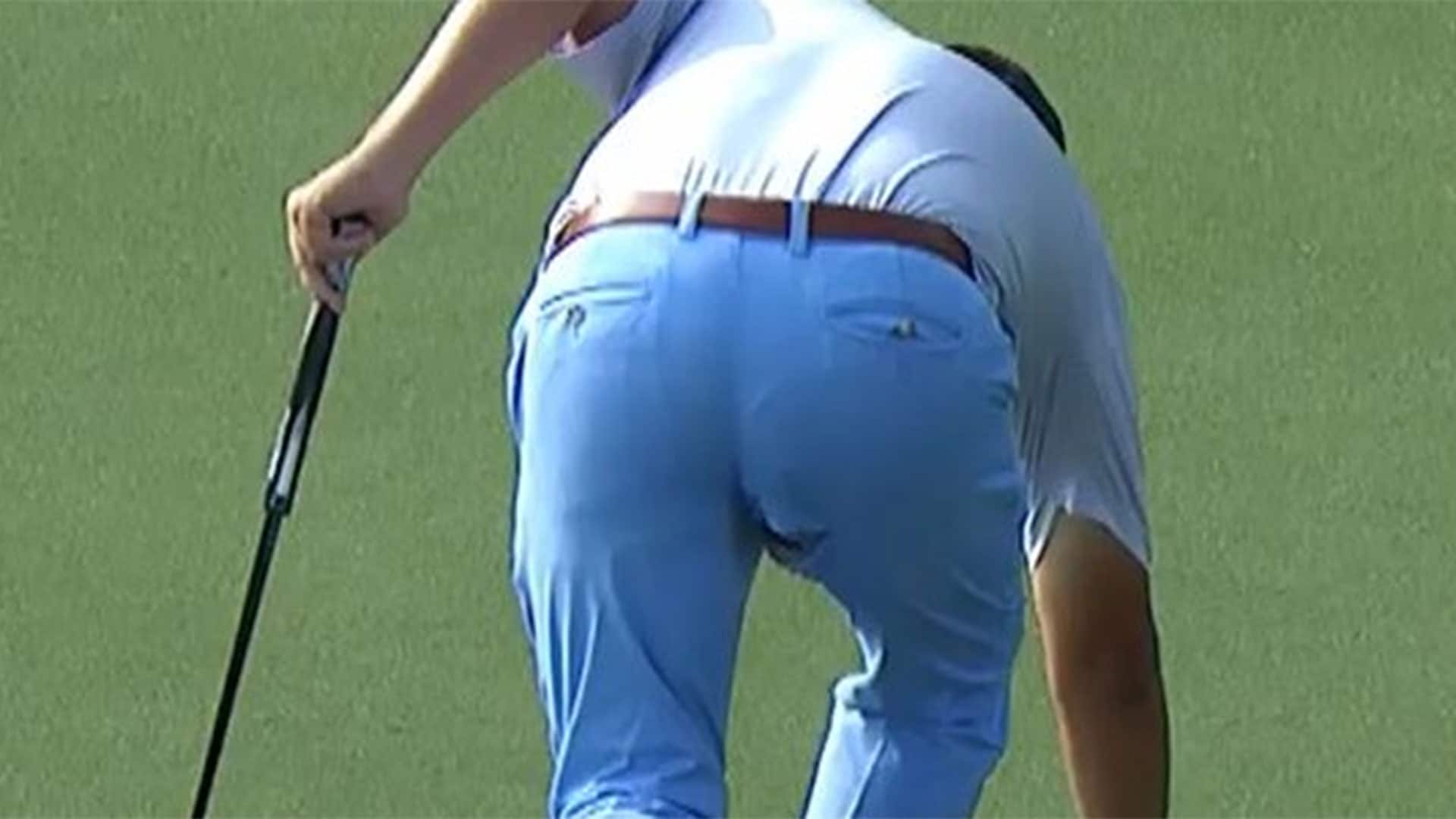 It wasn't exactly Janet Jackson at the Super Bowl, but Jason Dufner had his own wardrobe malfunction at the season-ending Tour Championship on Friday.

Late in his round, Duf Daddy suddenly stopped picking his ball up out of the hole after putting out , and for good reason - he had split his pants.

Some images of the incident began floating around social media shortly after it happened;

Despite the distraction, the 40-year-old, 2013 PGA Champion carded a 3-under 67 and is only two shots off the lead after 36 holes at East Lake.