Is this the engagement ring McIlroy gave Stoll? 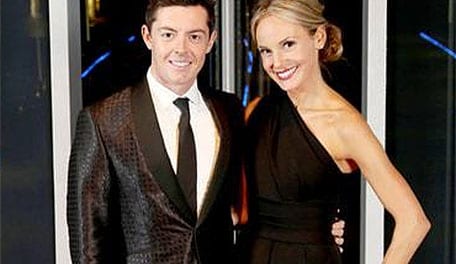 Rumors were flying last week that Rory McIlroy and girlfriend Erica Stoll had gotten engaged. And while neither has officially confirmed the report, they aren't exactly going out of their way to deny it, either.

The couple stepped out at a charity event in Belfast, Ireland recently, and wouldn't you know it, Stoll was sporting a gigantic diamond on her left ring finger.

That photo, coupled with this zoomed-in Instagram post from Voltaire Diamonds, a ring company in Dublin, Ireland, seem to suggest the two have definitely decided to say their "I dos" in the future. Click here for for a photo gallery of McIlroy and Stoll.