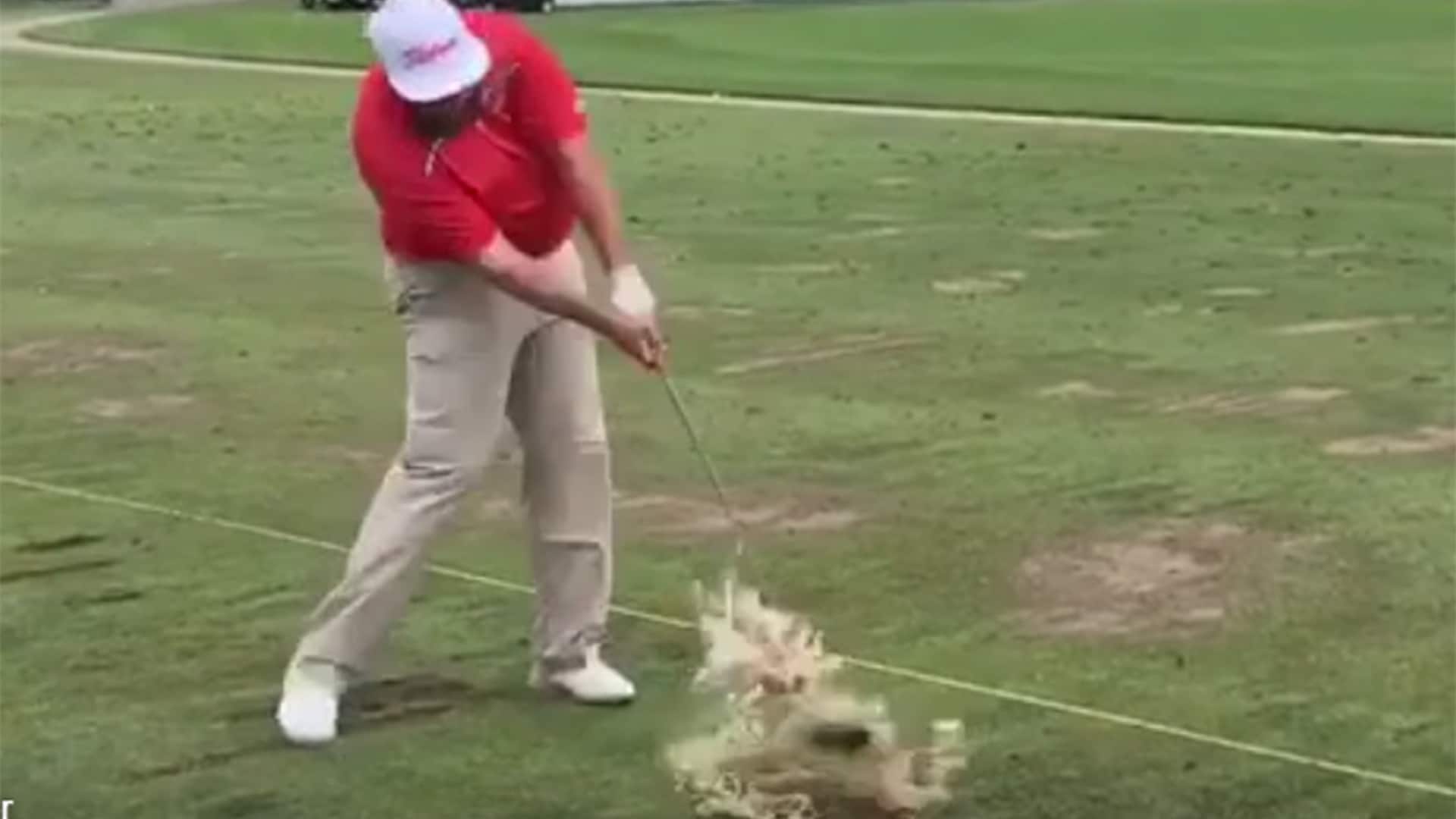 Andrew "Beef" Johnston has seen his popularity skyrocket since breaking through earlier this year at the Spanish Open.

After keeping his word to get hammered in the aftermath of the victory, he has since brought his game stateside for the U.S. Open, leaving as the world's biggest Pittsburgh sports fan.

So what's the secret to Beef's newfound success? Well, beef of course. He credited a burger break for closing with a flurry of birdies last month, and now video has emerged of the Englishman teeing up a burger and smashing it with a driver.

So this happened today!

Probably a safe bet that this won't be the last time Beef demolishes some beef.