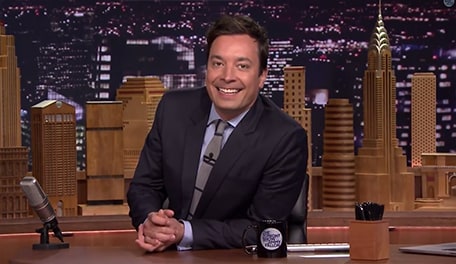 Like any big-time sporting event aims to do, the U.S. Open made the opening monologue of "The Tonight Show Starring Jimmy Fallon."

And Fallon, a noted golf fan who's made the game part of his show on several occasions, did not disappoint. After congratulating Jordan Spieth on an incredible performance, he couldn't resist taking a shot at the 205th ranked player in the world, Tiger Woods.

Then he turned his attention toward the Chambers Bay greens, which had plenty of critics over the course of the week, and after watching the "highlight" the "Tonight Show" team picked out, for good reason.

Check out Fallon's golf commentary at the 4:30 mark of the video below, and if you have an spare 40 minutes the rest of video is worth a watch as well, if only to see the first guest, "Family Guy" and "Ted" creator Seth MacFarlane, do his Liam Neeson impression.