Guy takes club to face after making fun of friend 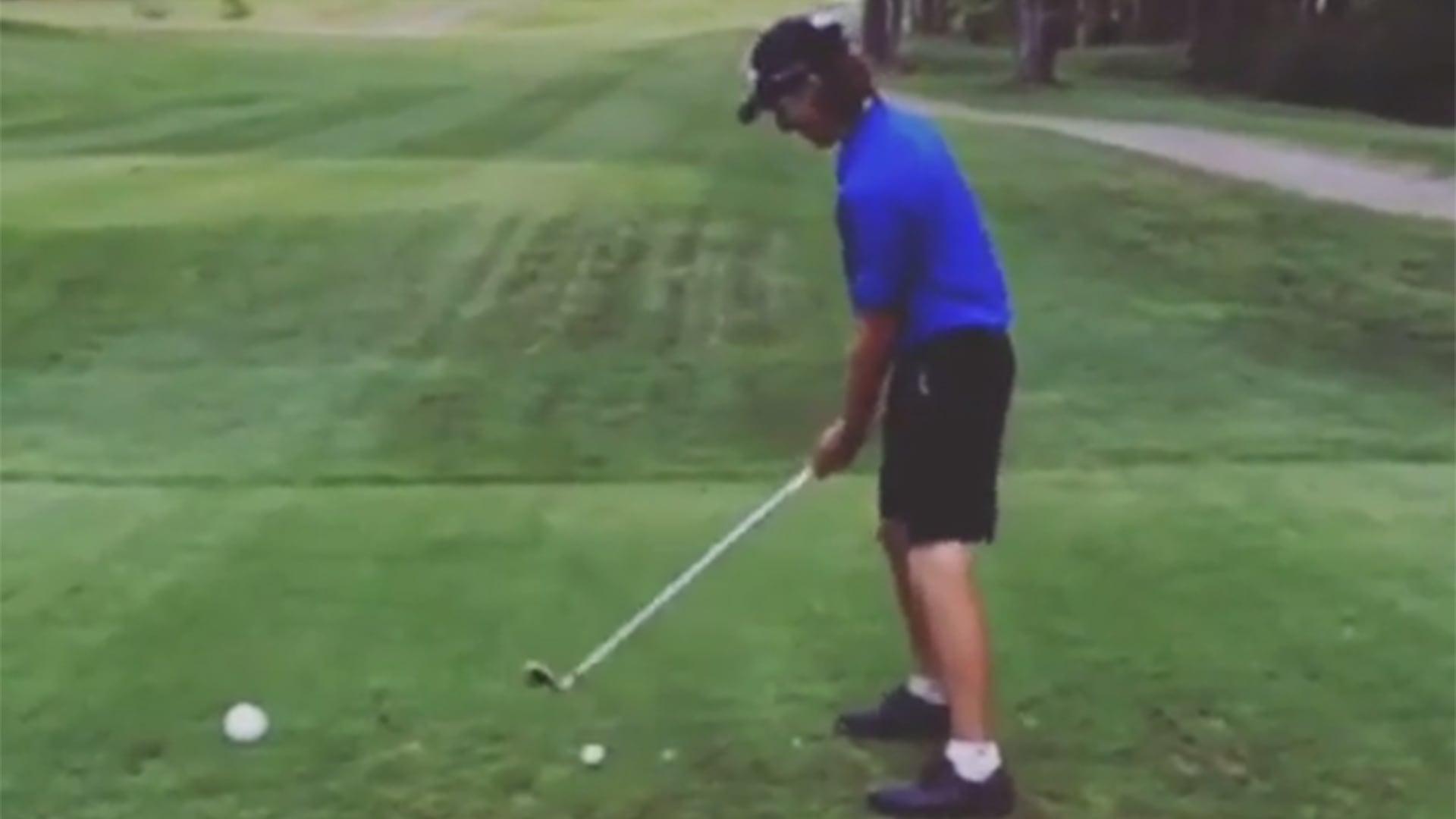 Here we have a guy video-taping his friend on the tee, telling him to hurry up before giving some accurate play-by-play,"that's a duff!"

All harmless enough trash talk between hackers. But the guy swinging the club gets the last laugh after immediately letting go of his club in frustration, sending it directly at the cameraman's face.

Watch for yourself (warning: some NSFW language):

So, was it intentional? Did the club slip on accident? Perhaps he should claim his grips were worn, just to cover all his bases.