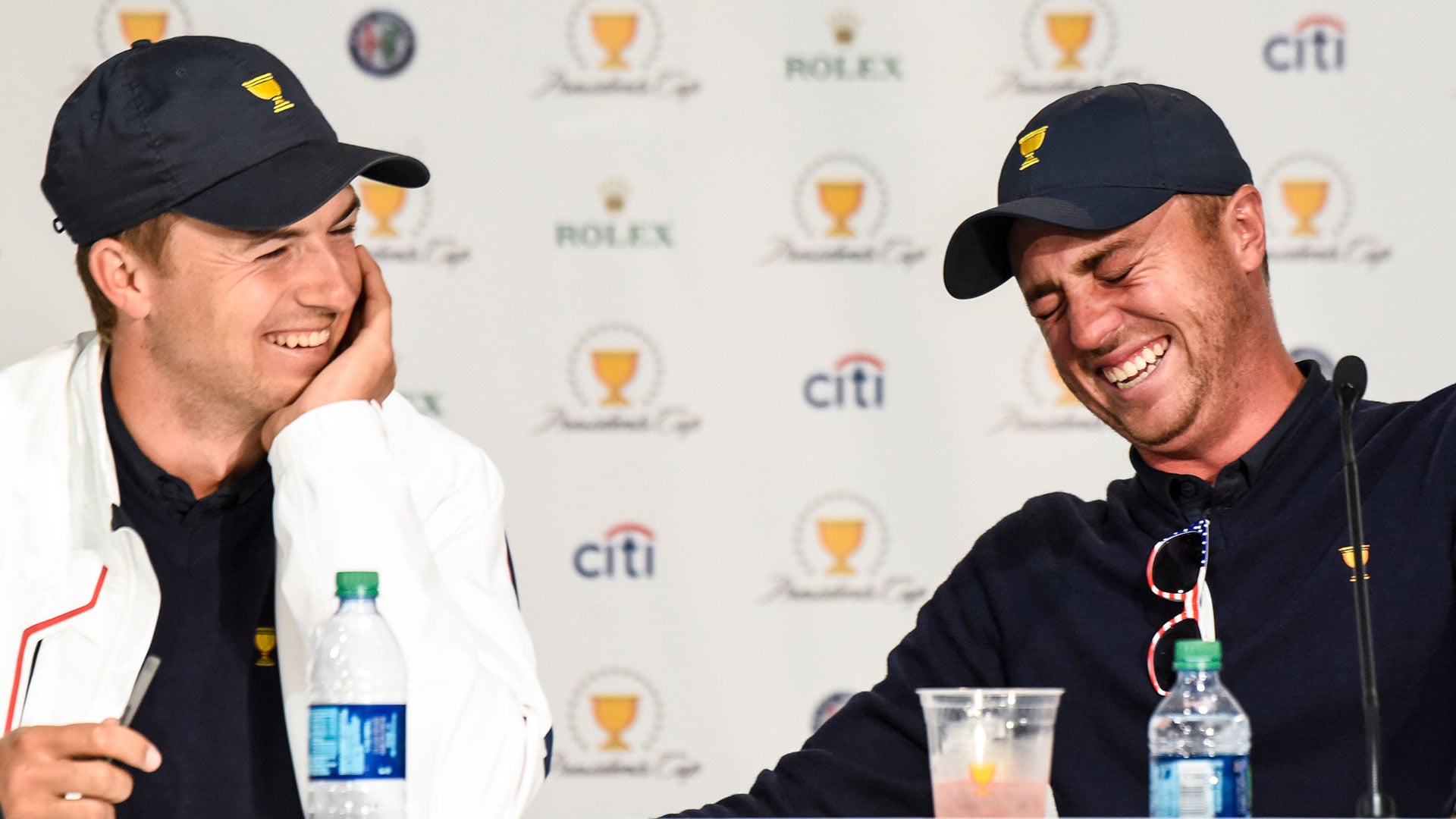 He picked up his first major title at the PGA at Quail Hollow.

He won a playoff event at the Dell Technologies Championship in Boston.

He walked away from East Lake with the FedExCup.

He is the reigning PGA Tour Player of the Year.

He is not, however, Jordan Spieth ... and this existential quandary appeared somewhat difficult to reconcile for the assembled media at the CJ Cup in South Korea, where Thomas topped Marc Leishman in a playoff on Sunday for his third win in Asia in as many seasons.

Here is an exchange between Thomas and a reporter following Saturday's third round @ Nine Bridges.

Q: Jason Day mentioned that he has never seen winds like this before. Are you used to such windy conditions? If you were to give Jordan Spieth any advice playing on this course, what would you say?

Justin Thomas: Jordan has played a lot of golf in the wind. He doesn’t need advice from me to help him. In terms of the wind, all of us have played in the wind this strong. It’s just that I’ve never played in a place where it bounces around and switches as much as it does here. I
think because of all the trees, how often you are down going through the trees around the greens, it bounces off of them a lot. It really switches quite often. It’s really difficult to chip and putt because it’s true the fact that your putts can totally change the break with the wind
changing or your chips can get up in the air and catch a gust and go one way or the other. It really is a huge difference. It is definitely one of the most difficult conditions I’ve played in.

In a vaccuum, that question seems oddly considered but fairly harmless. It's only once you read this notably shorter exchange from Sunday - after Thomas had just won, mind you - that we get to the heart of the matter.

Q: If you were to come back next year would you convince your good friend Jordan Spieth to come with you?

Justin Thomas: I don’t care what he does.

Is it funnier if it's the same person asking both questions, or different people equally concerned with Spieth? I can't decide.