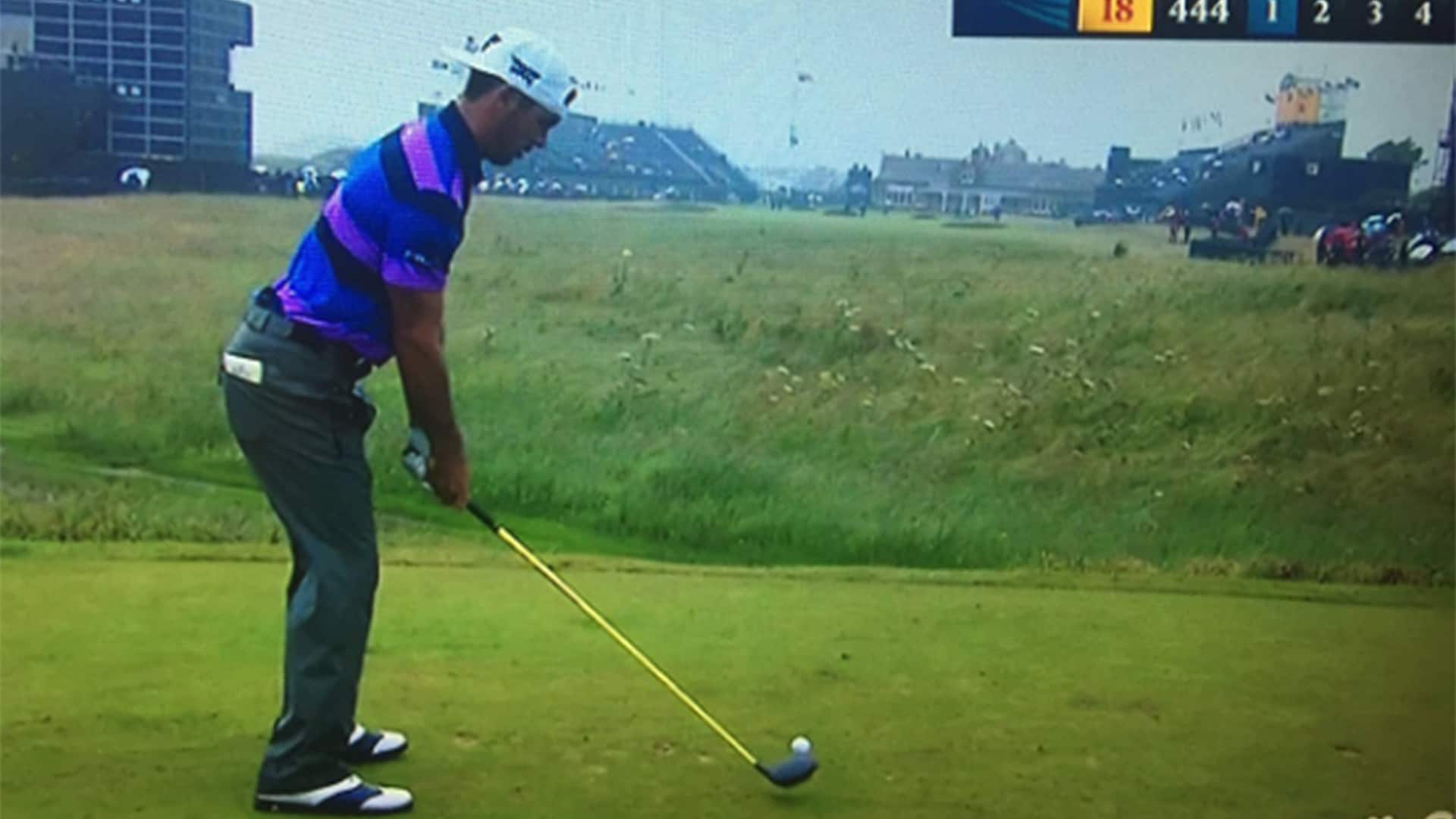 Billy Horschel had a rough Friday at The Open. Playing through the harshest of conditions, Billy Ho followed up a first-round 67 with a second-round 85, going from fourth to a missed cut in the process.

If that wasn't bad enough, he left Royal Troon only to find Twitter trolls bashing him for turning his hat around and wearing it backwards on the 18th hole.

Here's a sampling of some tweets from people who were so offended by the backwards hat they were moved to leave Horschel a nice, friendly message:

why is billy horschel wearing his hat backwards.. looks stupid

Billy Horschel is wearing his hat backwards at the British open. Officially never a fan of that guy. #TheOpen

Billy Horschel playing with his hat on backwards

Billy Horschel looks like me on the course when things go bad. Backwards hat and just firing shots trying to finish.

Billy Horschel with the backwards hat, cmon man you're at The Open

Can't believe Billy Horschel is rocking a backwards hat on the golf course. Thought only hacks like me were allowed to do that.

The 2014 FedEx Cup winner struck back, coming to his own defense on Twitter, letting everyone know that he meant no disrespect to the game and that his hat was so wet from the rain, the water was dripping off the bill and into his face.

Ppl giving me a hard time about my hat being backwards... Grow up! Hat was drenched from the rain and was dripping from the bill.

I showed no disrespect to the game, Royal Troon, or @theopen with my hat backwards. Hat backwards is a look/style. Get over yourself

Turns out, Horschel has plenty of supporters in his corner as well on the wearing a hat forward vs. backwards debate, including a couple of fellow PGA Tour players in Steve Flesch and Ryan Palmer.

Golf needs to embrace anyone and everyone to come and play. Who cares if a guy has his hat on bkwds? @BillyHo_Golf

@BillyHo_Golf @TheOpen Caps are not compulsory so why would wearing it backwards be a problem ?? Some people just HAVE to be offended !

So remember everyone, next time you're playing The Open in a soaking rain, don't wear your hat backwards, unless you want to.