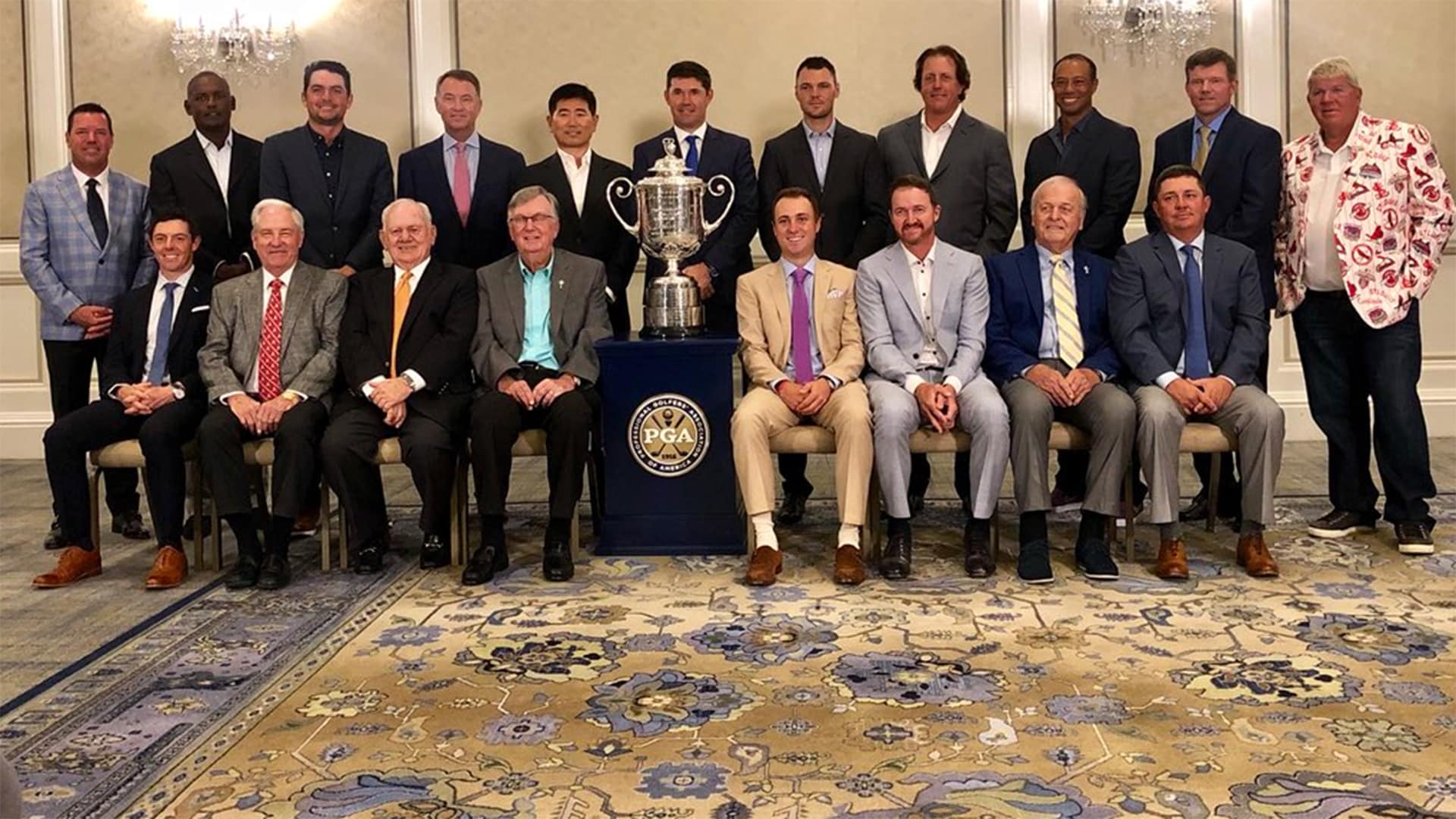 As the most recent winner of the Wanamaker, Justin Thomas played host at the PGA Champions' Dinner on Tuesday night.

He did so in this tan suit.

As for the menu, Thomas served up his own version of surf and turf: filet mignon and Chilean sea bass.

Asked on Wednesday about the experience, Thomas said that he looks forward to attending many more dinners in the years to come when he'll be "hopefully hosting."

"That was a lot more fun than it probably will be just attending it."

As for the annual gift, Thomas went with an age-old favorite: whiskey.

"It was [my idea]," he explained, "being a Louisville, or Kentucky tie. I'd say it was mine. It was my dinner, so I get to choose."

Completely unrelated to Thomas, let's get a better look at that St. Louis Cardinals-John Daly jacket.