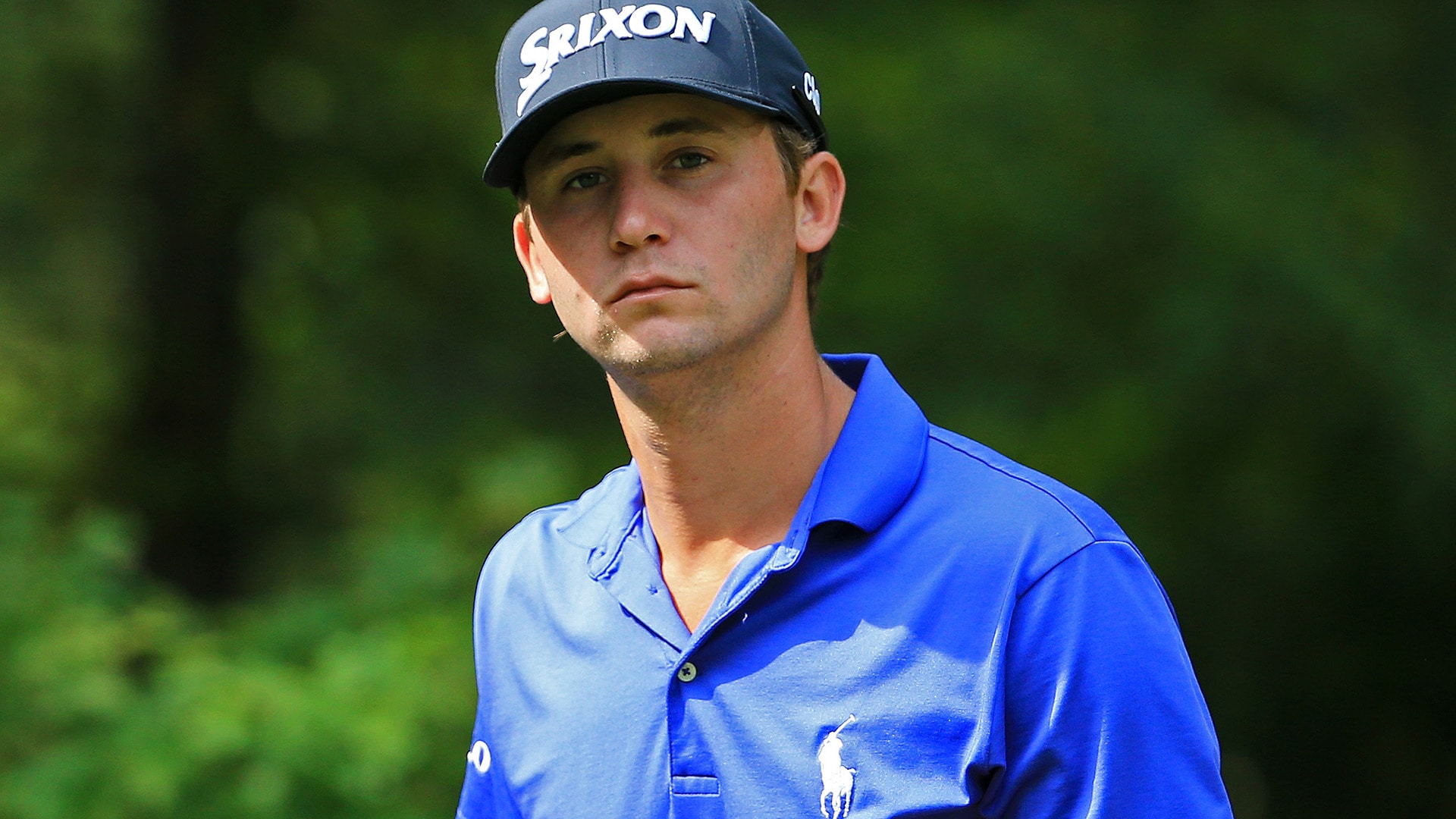 Smylie Kaufman may be a PGA Tour winner, but apparently it takes more than that to get you some respect when flying commercially.

Kaufman flew Southwest Airlines to this week's Zurich  Classic of New Orleans, and the baby-faced 25-year-old with a beer sponsorship tweeted that he was asked if he was old enough to sit in the exit row ... for the third straight time.

3 flights in a row I have been asked if I am old enough to sit in an exit row.. pic.twitter.com/vqy1S5Rk57

Which led to this fantastic exchange with buddy Justin Thomas:

Dog.... you won on tour last year. Go ahead and get yourself a first class tickethttps://t.co/R3Y5dfY8MD

Kaufman eventually did make it to New Orleans, and resumed the life of a PGA Tour player, getting to do things like hang out with New Orleans Saints quarterback Drew Brees and making half court shots at the New Orleans Pelicans practice facility.

While in town for the @Zurich_Classic, #Pelicans fan @SmylieKaufman10 visited our facility and showed off his skills! pic.twitter.com/3EUriGsxu0

All things considered, not a terrible trade-off.