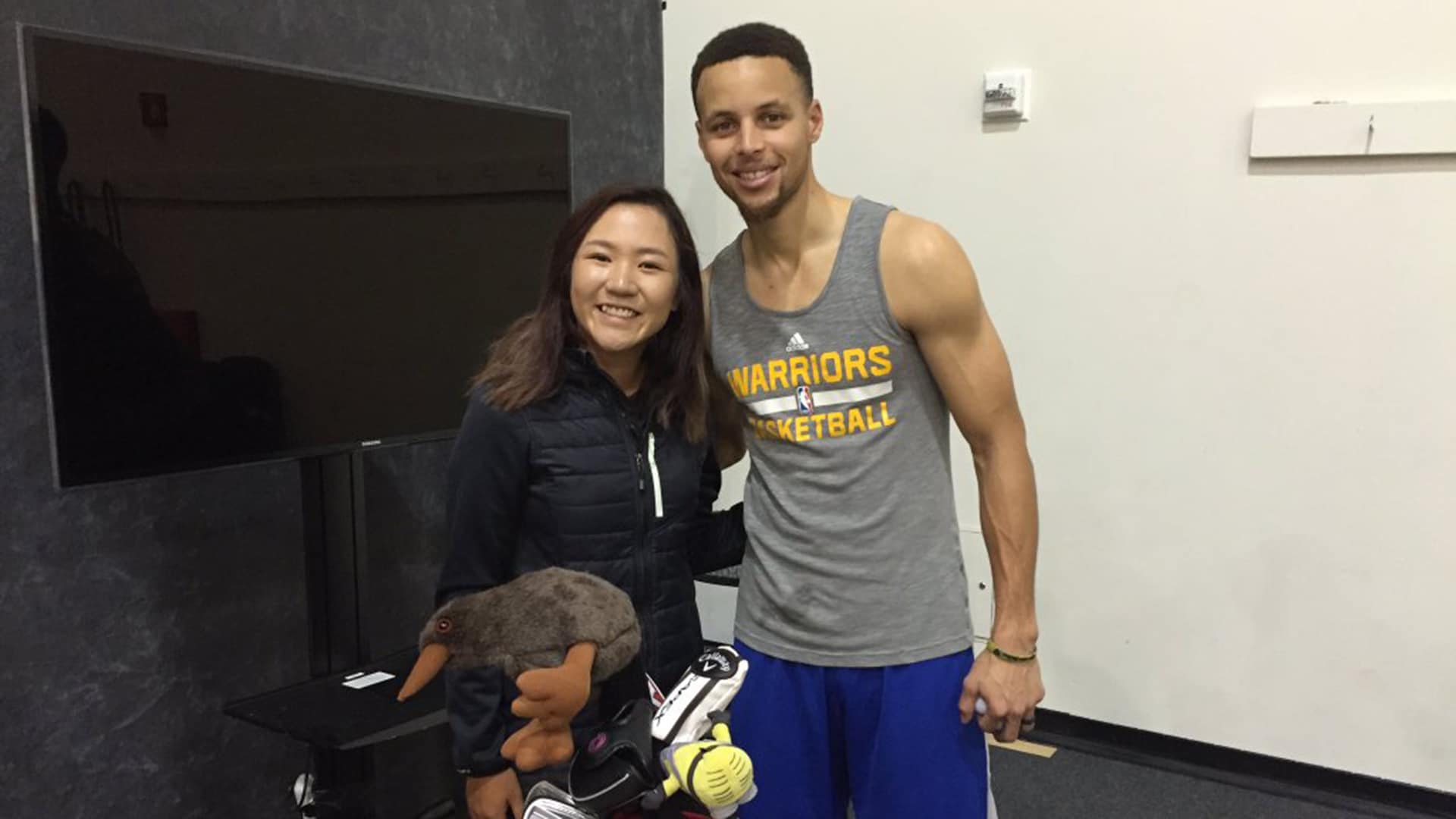 In addition to his already-secured status as the greatest three-pointer shooter in NBA history - don't argue - Stephen Curry is a fairly accomplished amateur golfer. Last year's NBA MVP sports is a mid-to-low single-digit handicap and once shot 76 while playing golf with President Barack Obama.

On Wednesday, Curry and his Golden State Warriors teammates were paid a visit by women's world No. 1 Lydia Ko, and as you can see in the videos below, Curry very nearly made a full-court putt, just lipping out or hitting the backboard or whatever you want to call this near-miss.

Apparently the Warriors floor breaks to the left? And it looks like Curry already knew that? Guy's good.

Ko, unsurprisingly, appears to be enjoying herself.

So cool to meet you @StephenCurry30 - I'll give you a couple shots a side when we tee it up!! pic.twitter.com/MproZj4Dqv