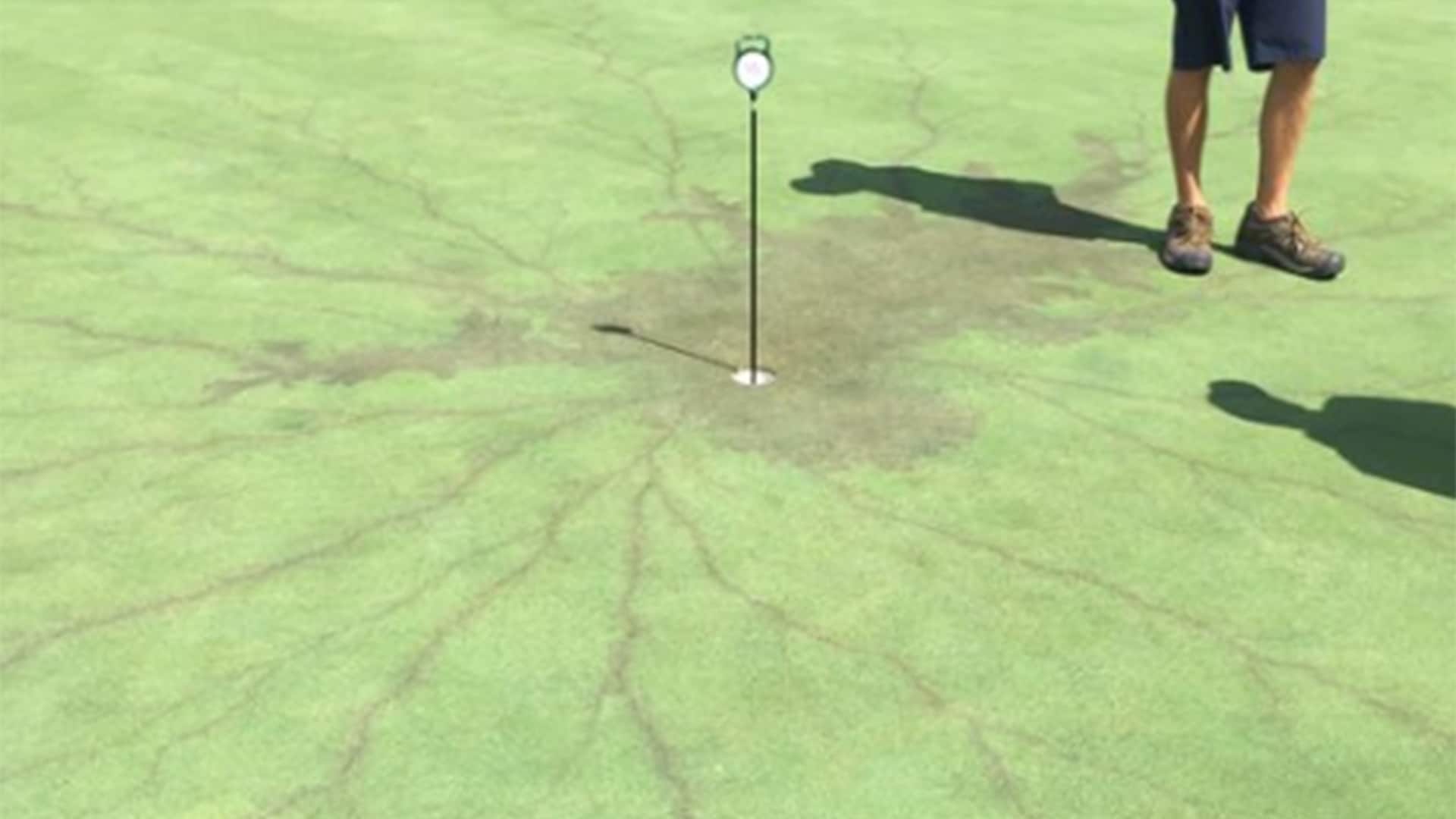 But we got another reminder of just how dangerous some weather on the course can be last week in Iowa, when Rick Tegtmeier posted this photo to Twitter, showing the aftermath of a lightning strike on the practice green at Des Moines Golf and Country Club, where he is Director of Grounds.

If you're wondering about those long tentacle-looking marks protruding from the cup, we'll let The Weather Channel explain.

When lightning strikes earth, it branches out along the ground which, in this case, happened to be a green. These currents fan out from the strike center in a tendril pattern. A lightning bolt can be fatal up to 100 feet away from the point of the strike.

Tegtmeier followed up the photo with another tweet that he wasn't holding out hope for a recovery, adding that the intense heat from the lightning stike melted the cup:

@golfsuper1992 I don't think it will recover. The cup was melted so there was a lot of intense heat.

So next time you hear the horn, do yourself a favor and head for cover.