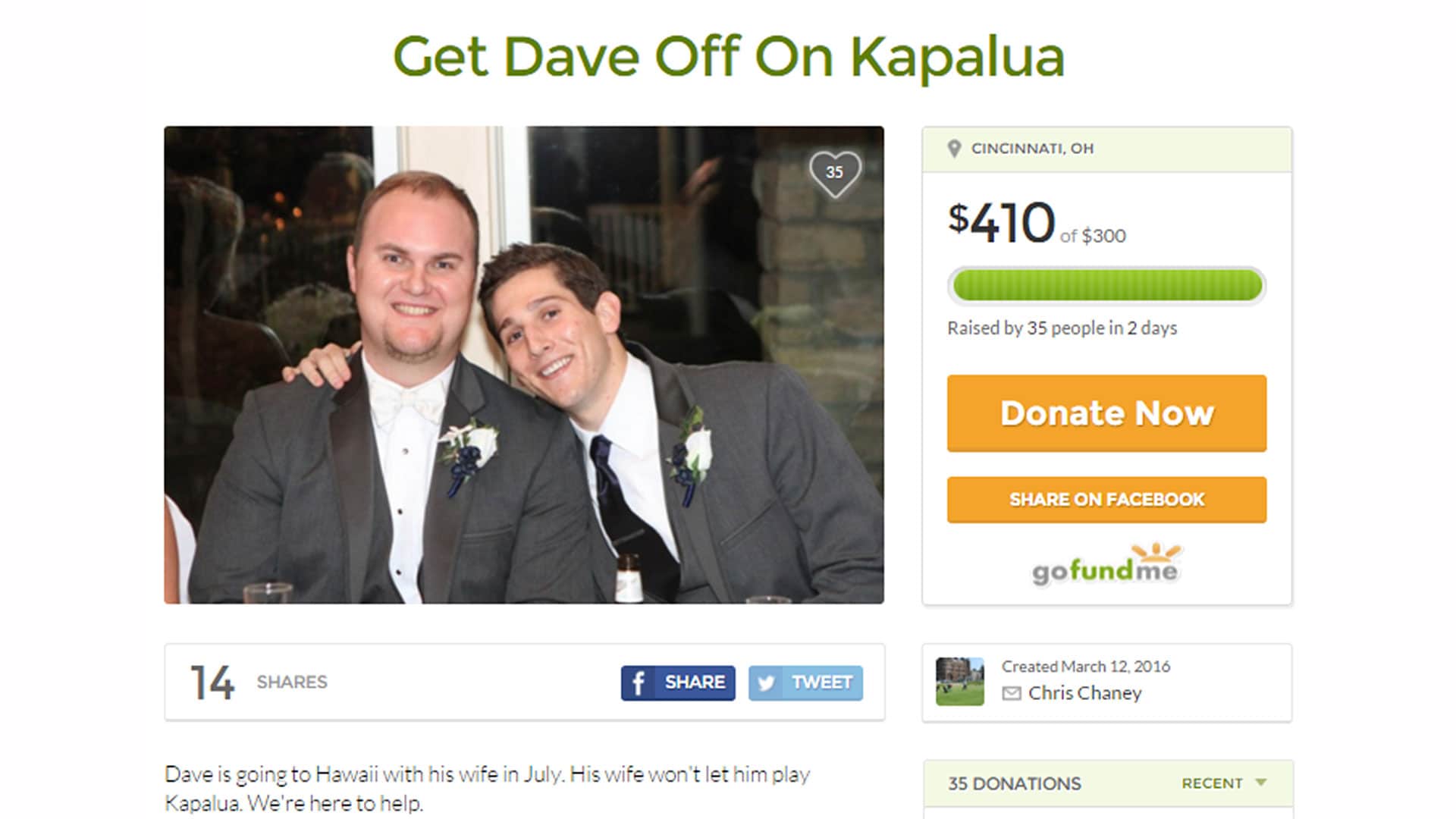 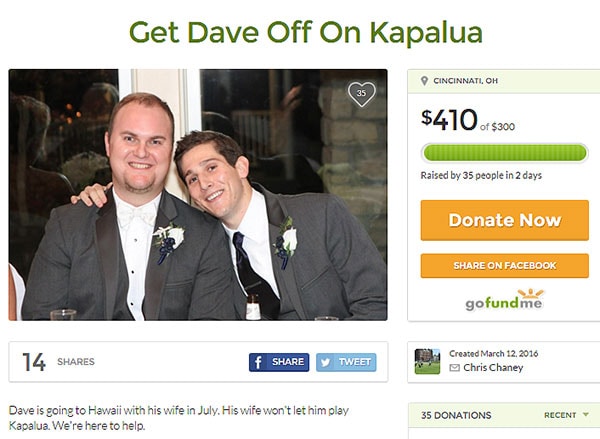 Mission accomplished ... and then some.

Apparently Dave's plight to play Kapalua struck a chord with plenty of folks out there who were happy to open up their wallets so that a guy they'll never meet could play golf while on vacation in Hawaii.

According to Chris Chaney, who kicked off this whole fundraiser for his friend, Dave will now get to enjoy a day on a course that seemed like a pipe dream just a few days ago, while his wife rides along to document it. Kapalua Golf Club has even offered to throw in lunch and some gear on the house.

@Wrong_Fairway Wow! Good friends are few and far between! Earn your trip.. Lunch and #KapaluaGolf gear on us! #HelpDavePlayKapalua

And as Chaney points out, take it easy on Dave's wife, commenters. It's any spouses right to protest the spending of any amount of money for any frivolous reason, especially now that we know you can just ask the Internet for it. 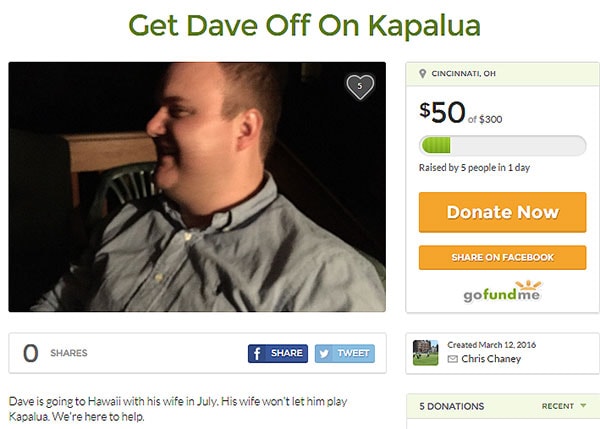 Dave is going on a Hawaiian vacation this summer with his wife and wants to play golf at Kapalua's Plantation Course, home of the Tournament of Champions. Unfortunately for Dave, golf at that particular course comes with a steep price tag of about $300. Dave's wife apparently isn't about that life, so Dave's friend, Chris Chaney, decided the only logical thing to do was start a GoFundMe campaign to help his buddy out.

My friend Dave wants to play Kapalua, so now he has a GoFundMe. Seriously. https://t.co/l4hRihsekB

According to the campaign's description, that's literally all there is to the story. So if this sad tale of a man being denied his right to play golf against his wife's wishes cut to the core of you, feel free to donate to the cause here. As of this writing, $50 has been raised.

But even if the fundraiser comes up short of the goal, just remember Dave, it could be worse, much worse. 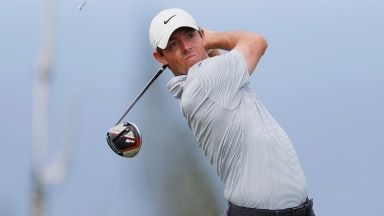 McIlroy has new trick off the tee: The 'low driver'

Rory McIlroy is three strokes behind front-runner Gary Woodland thanks to the work he did last month in the South Florida wind and something he calls a “low driver.” 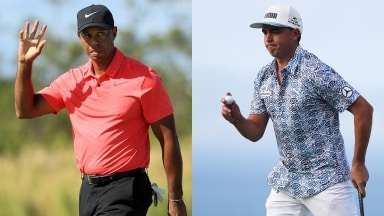 Cut Line: Much talk of lawns, literal and figurative

We have a Tiger update, but first, the stodgiest among us want Rickie Fowler off their lawns. Oh, and the lawns at Kapalua need a little help. 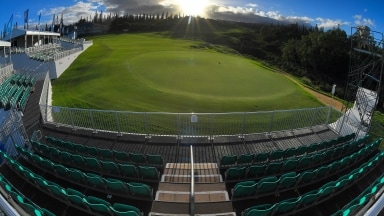 If the Plantation Course’s greens don’t look flawless this week, it’s because they’re not, the byproduct of "contaminated" Bermuda grass.