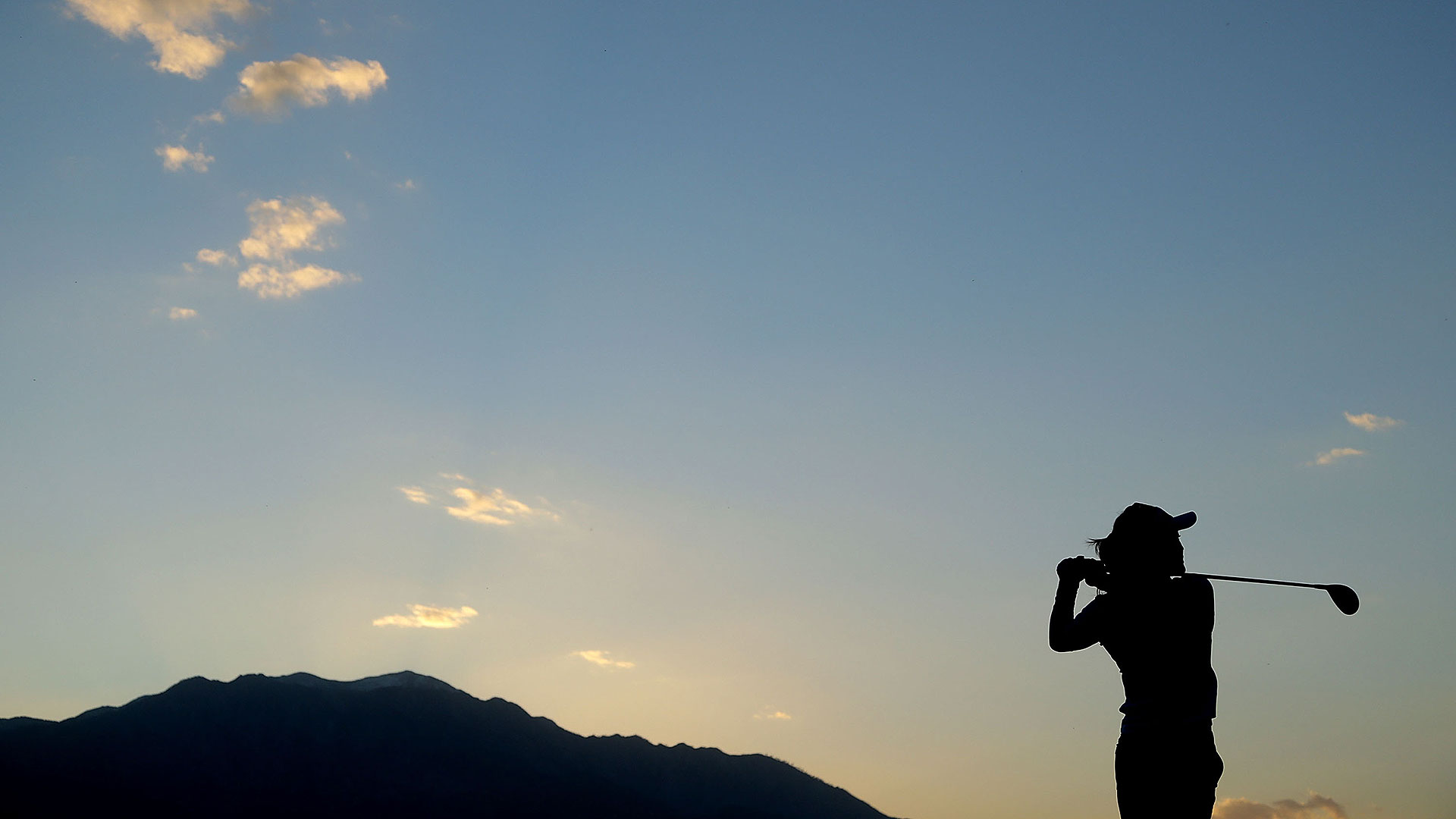 Emily Nash's father, Bob, posted the following comment to the Golf Channel Facebook account, stating that Emily was not made aware that she was ineligible for the individual title until after her round and that she played from the same tees as the boys: 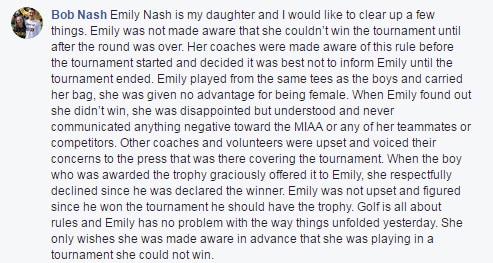 A high school girl topped the field in the Central Massachusetts Division 3 boys’ golf tournament earlier this week but was denied the victory because she's a girl, according to the Telegram.

Emily Nash, a Lunenburg High School junior carded a 3-over 75 at at Blissful Meadows Golf Club on Tuesday, four shots better than anyone else, but she didn't get the first-place trophy and wasn't invited to next week’s state tournament because according to official MIAA rules, “Girls playing on a fall boys’ team cannot be entered in the Boys Fall Individual Tournament. They can only play in the Boys Team Tournament. If qualified, they can play in the spring Girls Sectional and State Championships.”

Nash and her coach were made aware of the rule before the tournament started by event director Kevin Riordan.

“We don’t make the rules, we just enforce them. (Emily) is the story of the day.” Riordan said, while adding that he personally planned to buy Nash a winner's trophy.

By default, the victory and the perks that come with it were awarded to the tournament runner-up, who offered the trophy to Nash, though she declined.

“It’s a real injustice that she wasn’t announced as the winner,” said Robert Dufresne, a volunteer rules official with the Mass. Golf Association.