McIlroy taking in Euro 2016 with friends 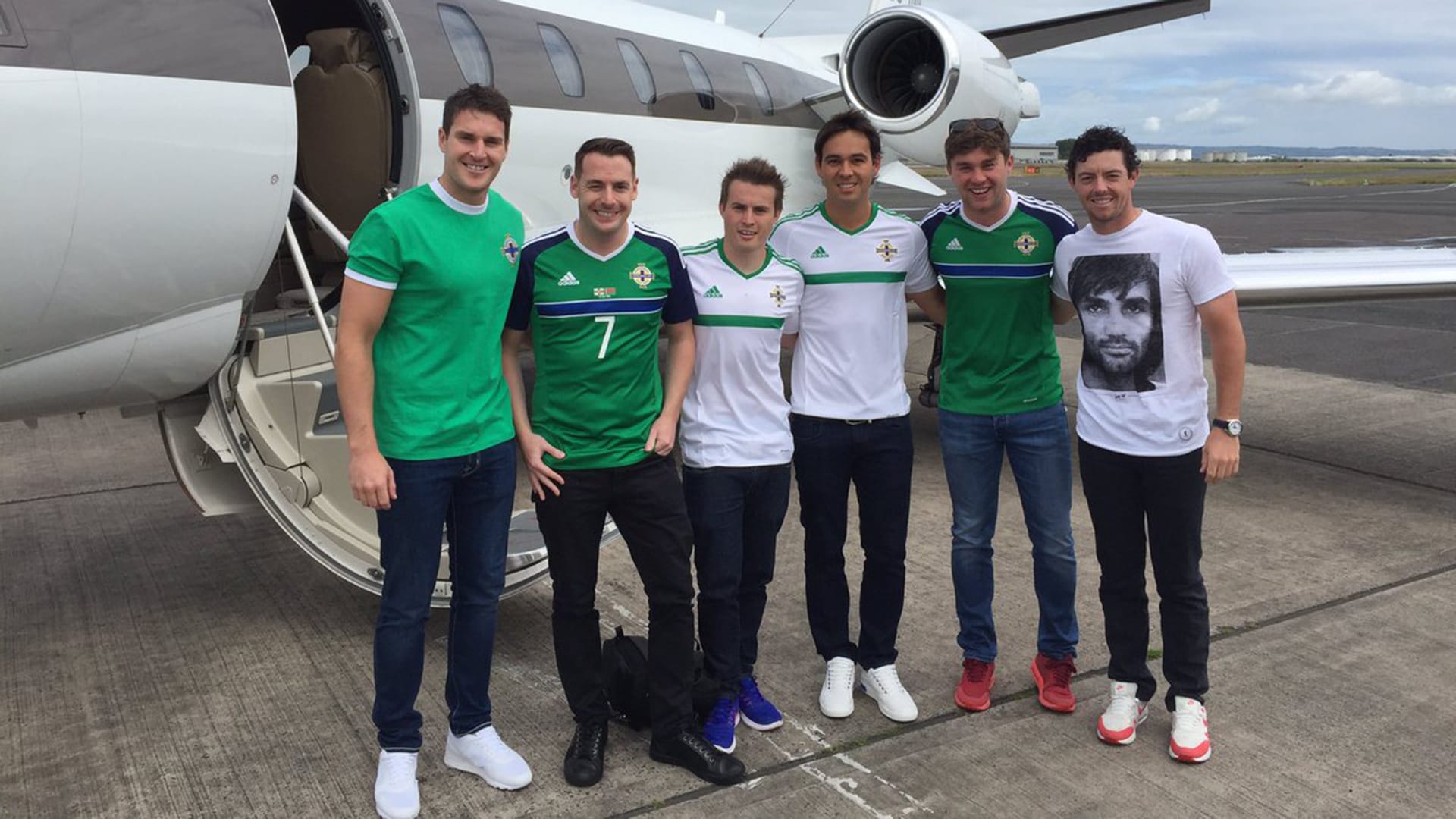 Rory McIlroy is rebounding from a missed cut at the U.S. Open with football in France.

McIlroy and five of his buddies boarded a plane to Paris to take in Euro 2016, as Northern Ireland takes on Germany in an effort to advance out of the group stage.

Here's Rory and the boys before takeoff:

And here's Rory in the stands:

For those of you wondering, that's the face of George Best on Rory's shirt. Best is generally considered the best footballer in Northern Ireland's history save for a variety of less-than-savory off-pitch issues.

As of this writing, Northern Ireland trails Germany, 1-0, at the half.