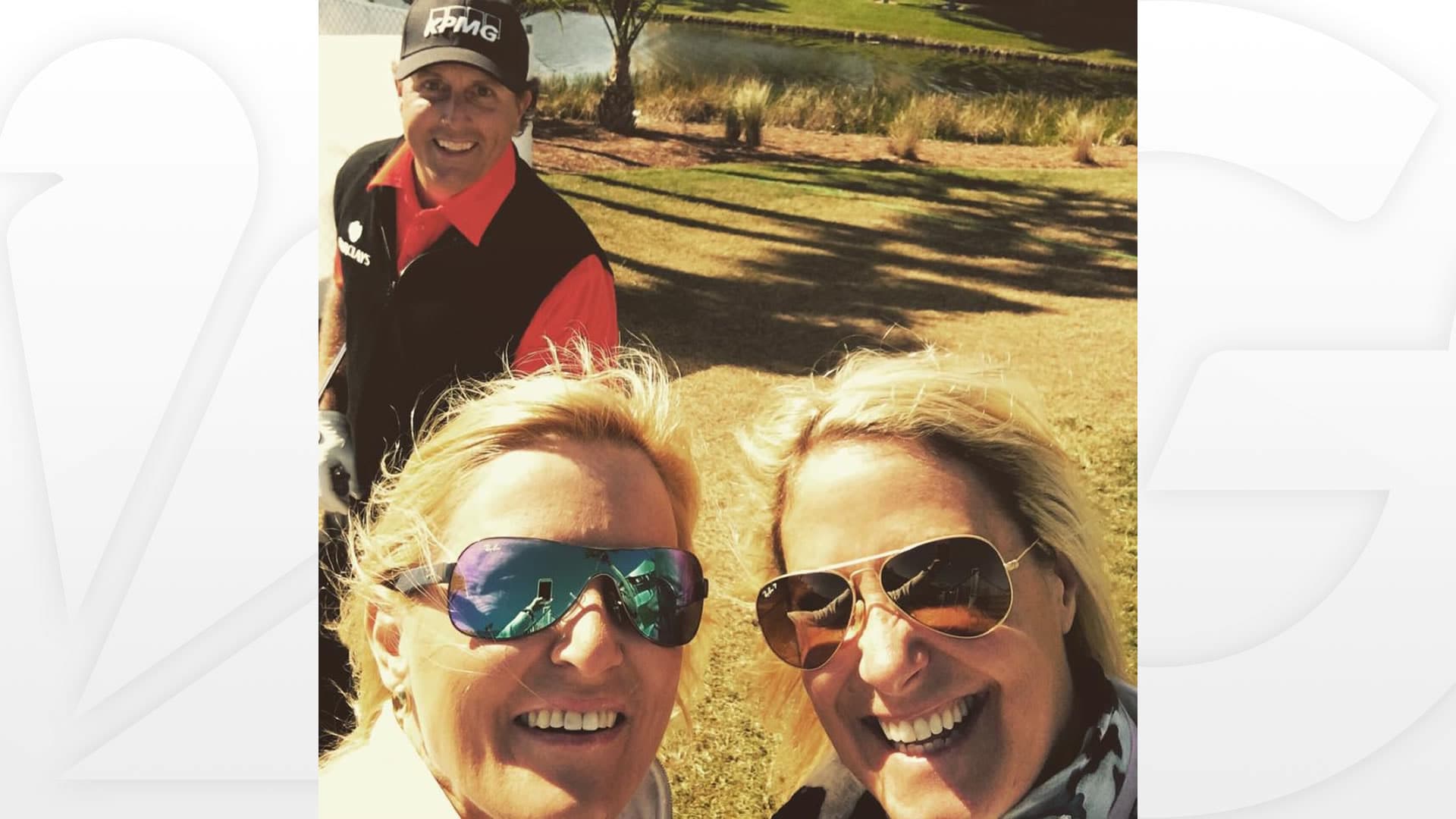 Phil Mickelson has a Twitter account (@MickelsonHat), but he's not one to personally tweet. And Instagram? Um, no. But Mickelson made his presence felt on social media this week when he photobombed a pair of fans at the Honda Classic. Here's an outside view:

Here is the other side of that selfie @GolfweekCasey. pic.twitter.com/WiUj8kkXsl