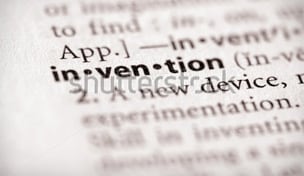 Getty Images
MEMPHIS, TN - JUNE 11: Ben Crane tees off on the 12th hole during round one of the FedEx St. Jude Classic at TPC Southwind on June 11, 2015 in Memphis, Tennessee. (Photo by Sam Greenwood/Getty Images)  -

While in office, President Ronald Reagan designated February 11 as National Inventors' Day in the United States, in recognition of the anniversary of the birth of the inventor Thomas Edison, who held over 1,000 patents. As is such, the Grill Room decided to designate its best and worst golf inventions in the last five years.

Is this being mass-produced? No. Should it be? Yes. Like, yesterday. And we'll take two.

When ya gotta go, ya gotta go. And thanks to a Florida urologist and his UroClub, men no longer have to find a tree when they need to pee.

What will they think of next?