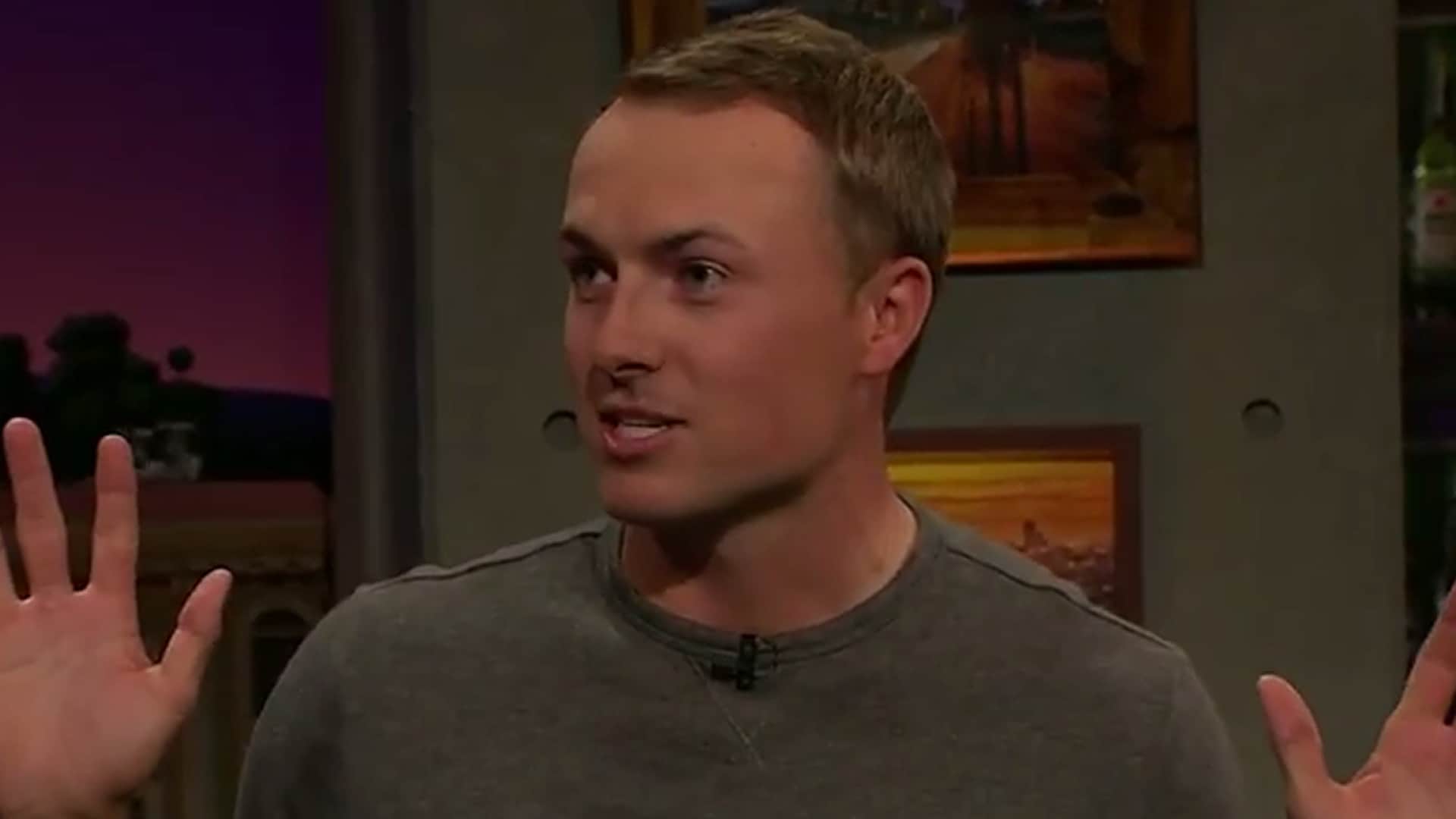 Jordan Spieth recently played golf with President Barack Obama and Spieth shared a couple of tremendous stories when he appeared Thursday night on “The Late Show with James Corden.”

Spieth said he asked Obama, while on the seventh hole, about his presidency and, “He goes through this incredible spiel and right before he goes up to hit his putt he goes, ‘And you won’t believe what the aliens look like.’

“He goes, 'They're freaking crazy looking.' And then he walks up, makes his putt, turns back, walks off the green, leaves it at that and gives me a wink. And I'm sitting there, I'm not going to sleep for a week!”

Spieth also talked about how Obama made a walk-off putt – a called shot, no less – in front of a crowd on the final hole. And then he pelted the show host with golf balls for fun.