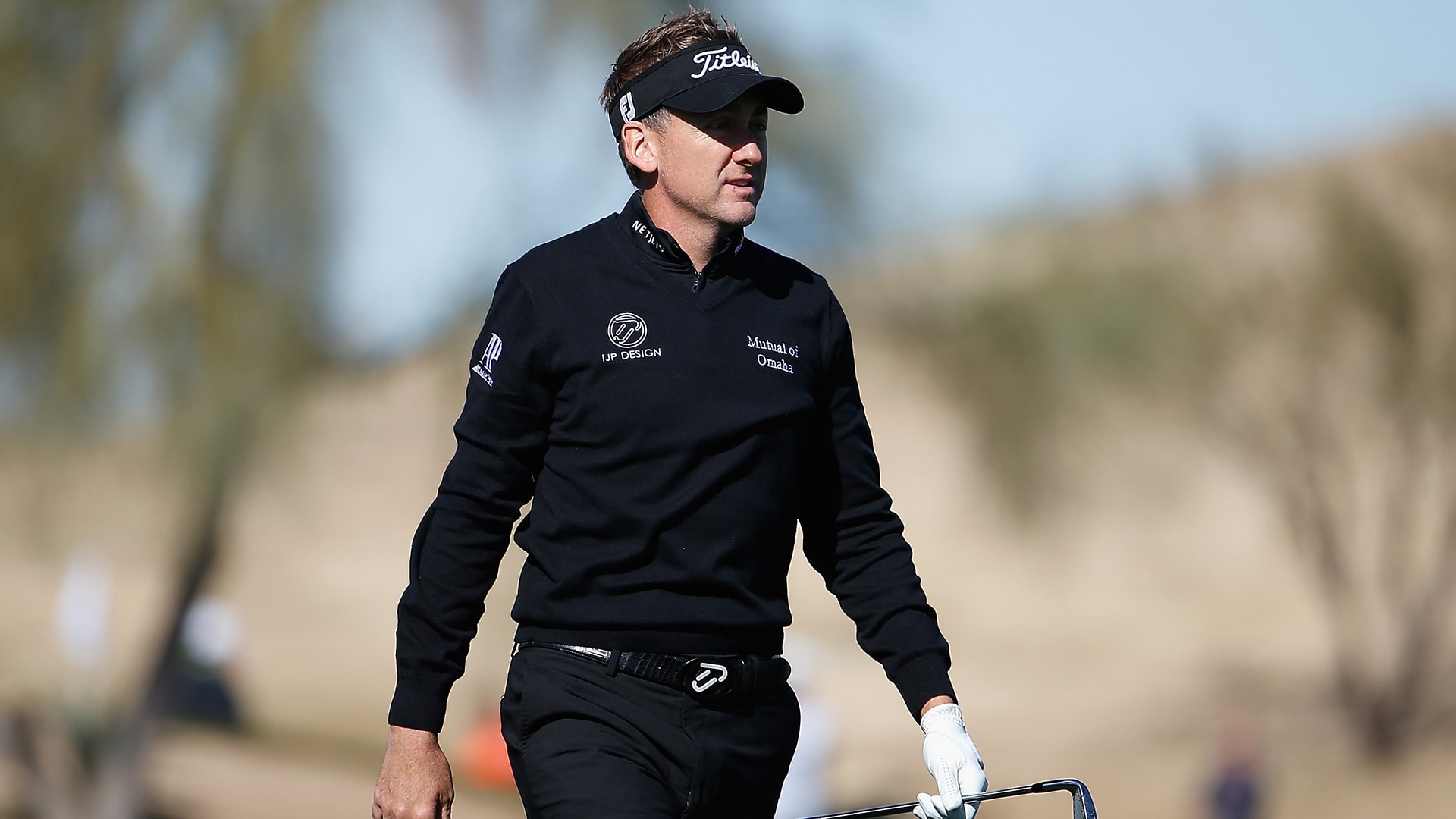 Jordan Spieth wasn't the only Tour pro to go after someone on social media during the Valspar Championship, but Ian Poulter took it a step further, attempting to get a heckler in trouble by tagging his employer in a tweet.

According to J.J. Downum's Twitter account, he heckled Poulter on Saturday in Tampa with lines from "Happy Gilmore." The 40-year old, two-time PGA Tour winner responded by asking tournament officials to remove the man and his friend, and then promptly hit his tee shot on the 197-yard par-3 13th hole into in the water.

But that's where the story really gets good. After the round, Poulter saw Downum's tweets about the event (thanks to Barstool Sports) in which he claimed he was "swimming circles in Ian Poulter's brain," and decided to respond by tagging the man's employer in an apparent attempt to get the heckler fired.

I'm sure @FSC_Athletics & @FscSports are really proud of your professionalism. I wish you the very best Ian pic.twitter.com/jqFa3WVuDC

But don't feel too bad for Downum. It appears he recovered from that viscous burn and actually asked Poulter to come watch the Ryder Cup with him later this summer, you know, in case he isn't doing anything else.

@IanJamesPoulter thanks Ian!! Wanna watch the Ryder Cup together?!?!