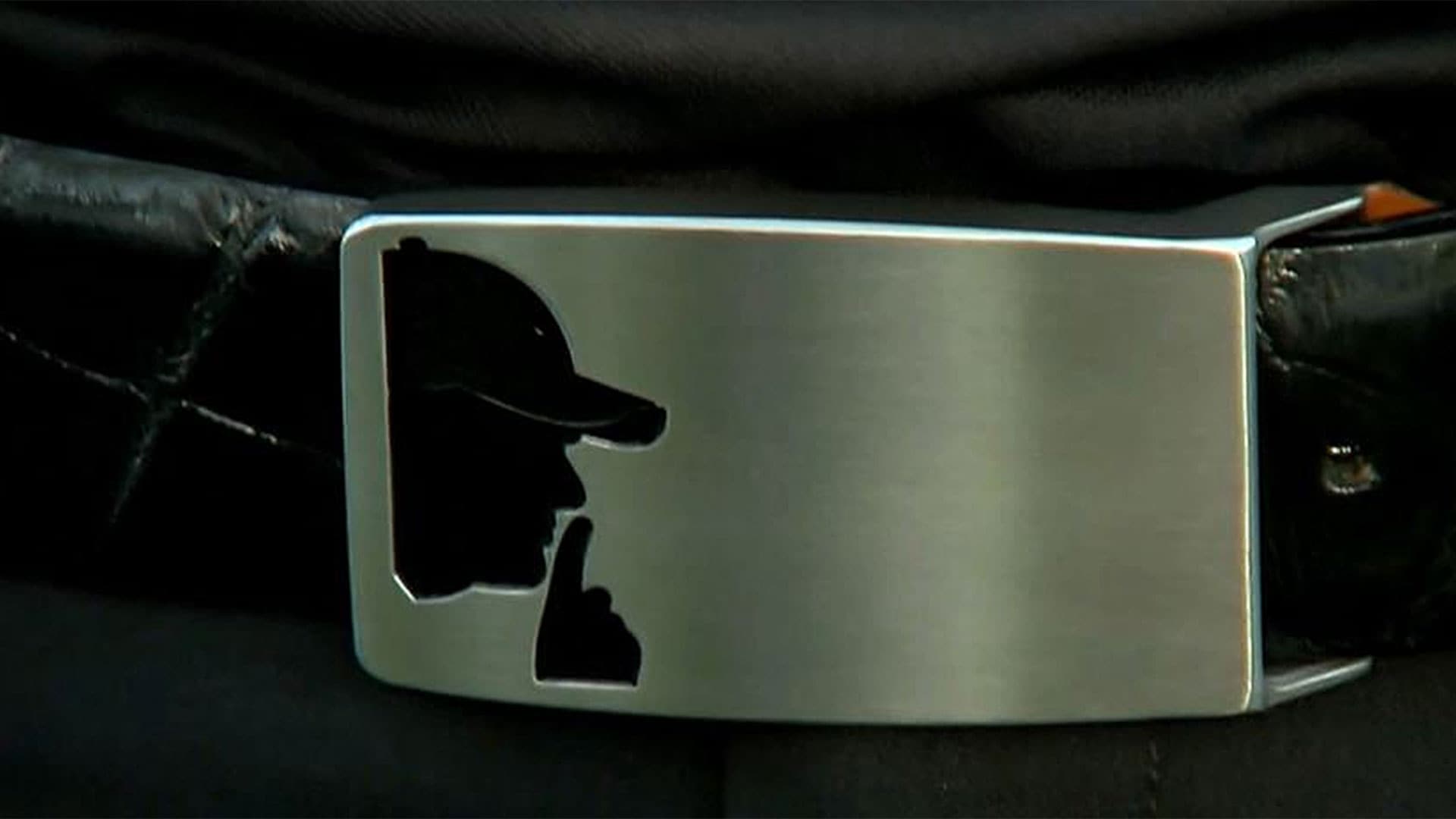 TV viewers who watched Patrick Reed's WGC-Dell Match Play Round of 16 match against Dustin Johnson on Saturday might have noticed Reed's distinctive belt buckle. It's a silhouette representation of Reed's "shush heard 'round the (golf) world" from the 2014 Ryder Cup Matches at Gleneagles.

One of the lone bright spots on a(nother) losing American Ryder Cup squad, Reed shushed the raucous European crowd after making a crucial putt in his singles match against Henrik Stenson.

Reed received the buckle as a gift and has been wearing it since the Valspar Championship earlier this month.

Reed beat Stenson, 1 up, in that Ryder Cup match. Against Johnson on Saturday, he lost, 3 and 2.