Reed signs Spieth's back at Bellerive 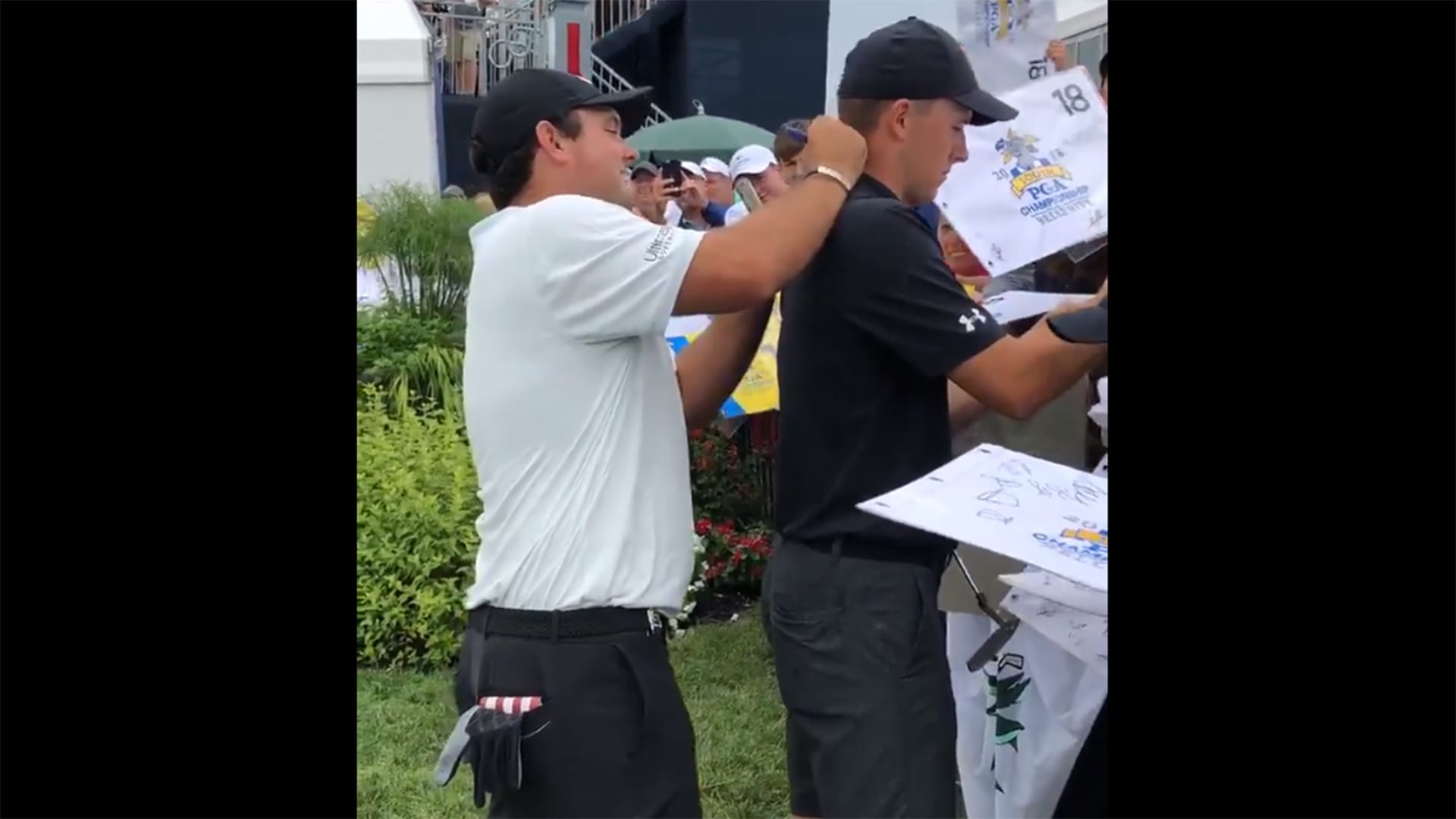 This video shows a distracted or maybe just cool-with-it Spieth going about his business while Reed autographs the back of his shirt:

Reed and Spieth are 4-1-2 as a team at the Ryder Cup and figure to be paired again next month in France as the U.S. team seeks to win on European soil for the first time since 1993.

Reed goes off at 1:15 p.m. CT on Thursday in a grouping of the year's major champions with Brooks Koepka and Francesco Molinari.

Spieth will start his bid for the career Grand Slam at 1:37 alongside Jon Rahm and Justin Rose.