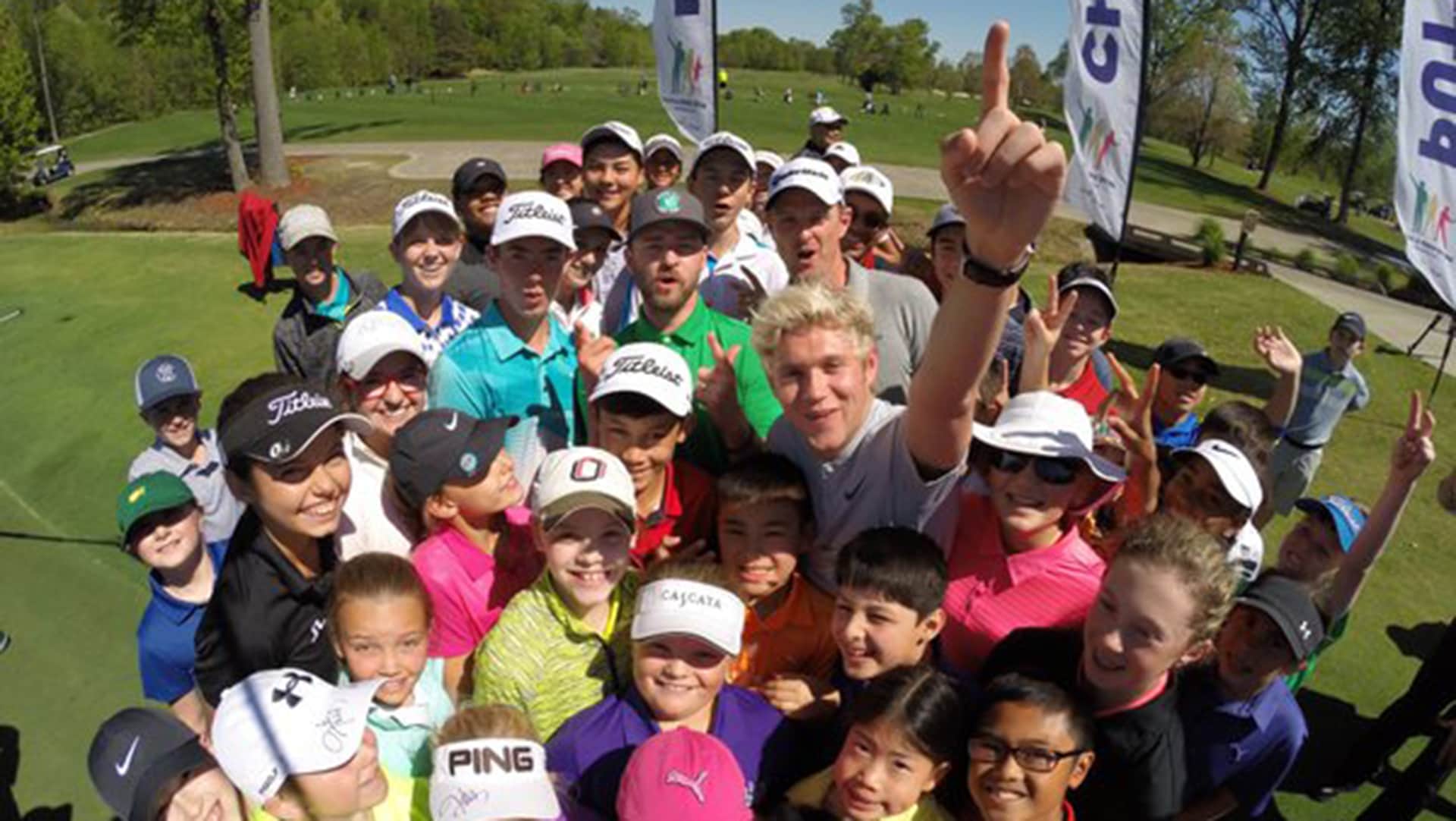 Beyond the impending thrill of competing on the grounds of Augusta National, this year's Drive, Chip and Putt national finalists have been treated yet again, this time to a couple celebrity visits.

Alongside Justin Rose, pop stars Justin Timberlake and Niall Horan dropped in on Saturday to surprise the DCP participants as they prepared for the National Finals on Sunday.

As for how they all know each other and how they're tied into golf, Horan, member of the band One Direction, caddied for Rory McIlroy in last year's Masters Par 3 contest, Rose and Timberlake were partners at this year's AT&T Pebble Beach Pro-Am, and Rose and Horan will be hosting a charity event at Wentworth later this year to raise money for kids in the United Kingdom battling cancer.