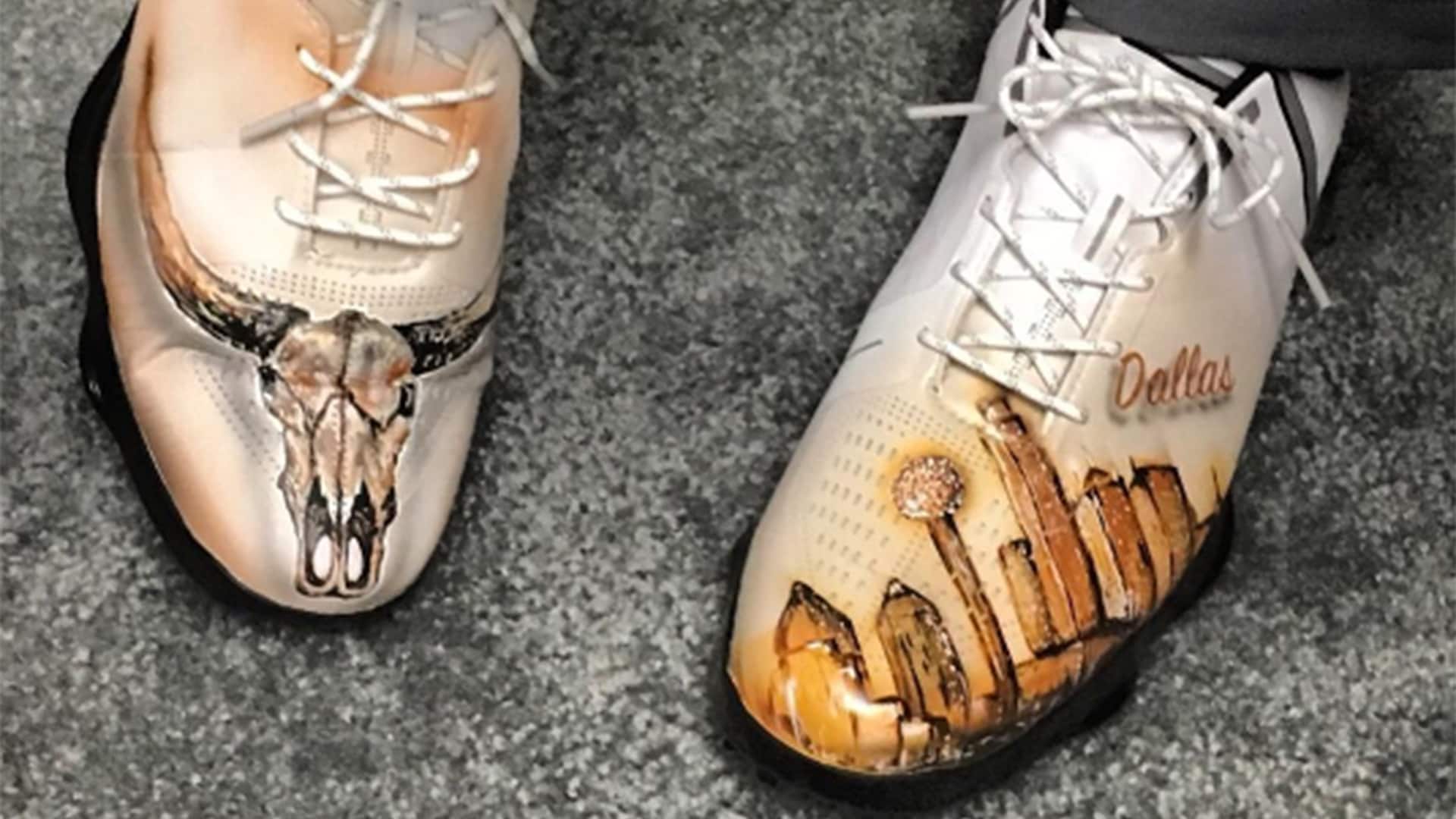 Jordan Spieth wants to make a statement this week with his game at his hometown event, where he's hoping to win the AT&T Byron Nelson before the event moves to a new location next year.

But he let his shoes do the talking before the tournament started.

The two-time major winner was rocking some incredible Dallas-themed kicks earlier this week for practice. Here's a closer look:

He switched back to more traditional shoes on Thursday and posted a first-round 68 to get in the early mix.