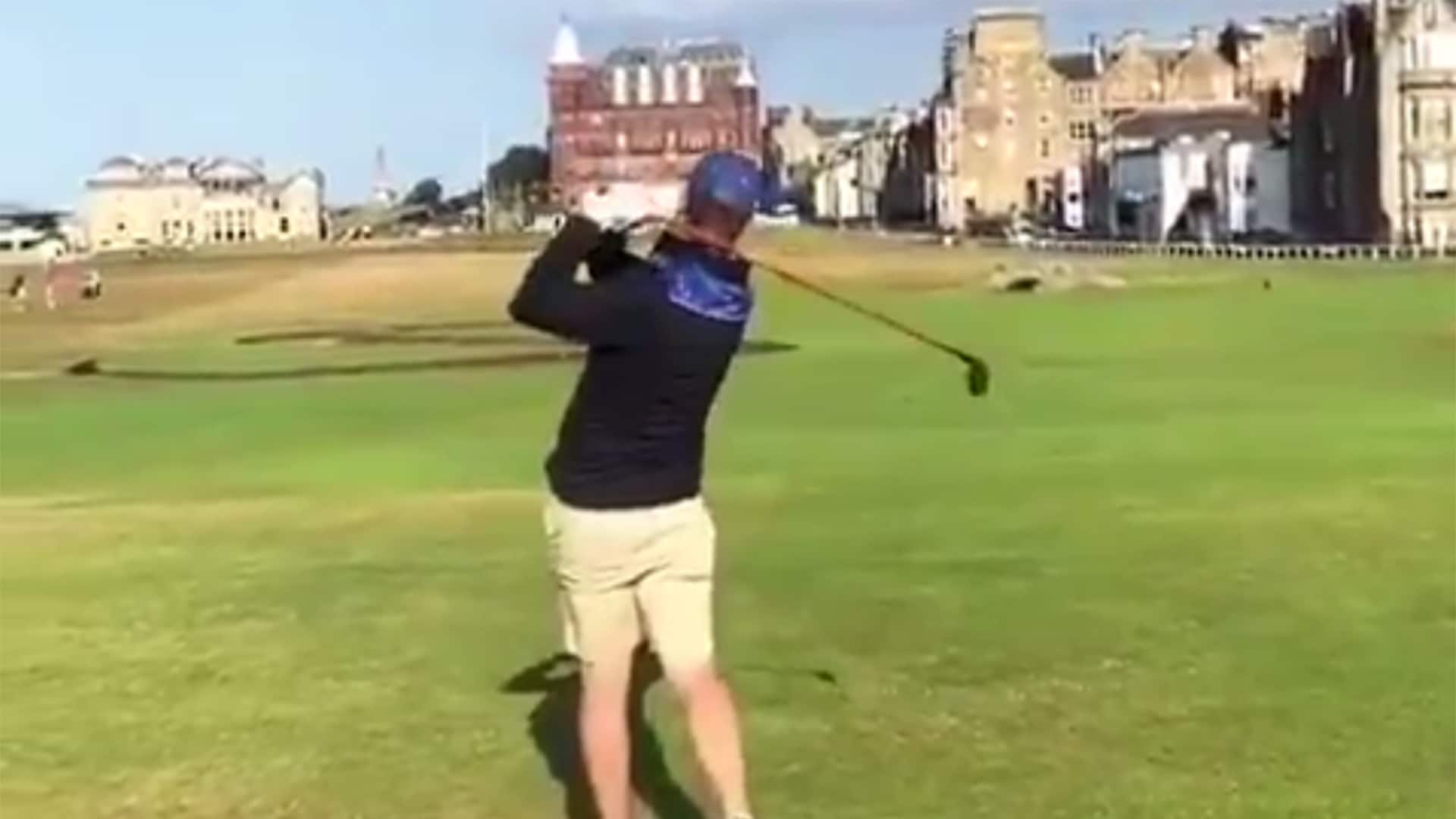 It's been a whirlwind week for Brandon Stone, but the South African isn't showing any signs of slowing down.

Mired in a season-long slump, Stone shot a final-round 60 on Sunday to win the Scottish Open and secure his spot in the field for The Open.

He then went out and fired a first-round 68 Thursday, with the assistance of the grand stand at 18.

So unfazed by his position two shots off the lead, and so apparently uninterested in rest, Stone apparently crossed the Tay Road Bridge and made the 45-minute drive to the Old Course at St. Andrews to play some extra holes with his own hickory set.

AM: Shoots 68 in The Open at Carnoustie

Now having pulled off the bucket-list double-dip, Stone will have plenty of time to sleep tomorrow morning ahead of his afternoon tee time at 1:37 p.m. local.