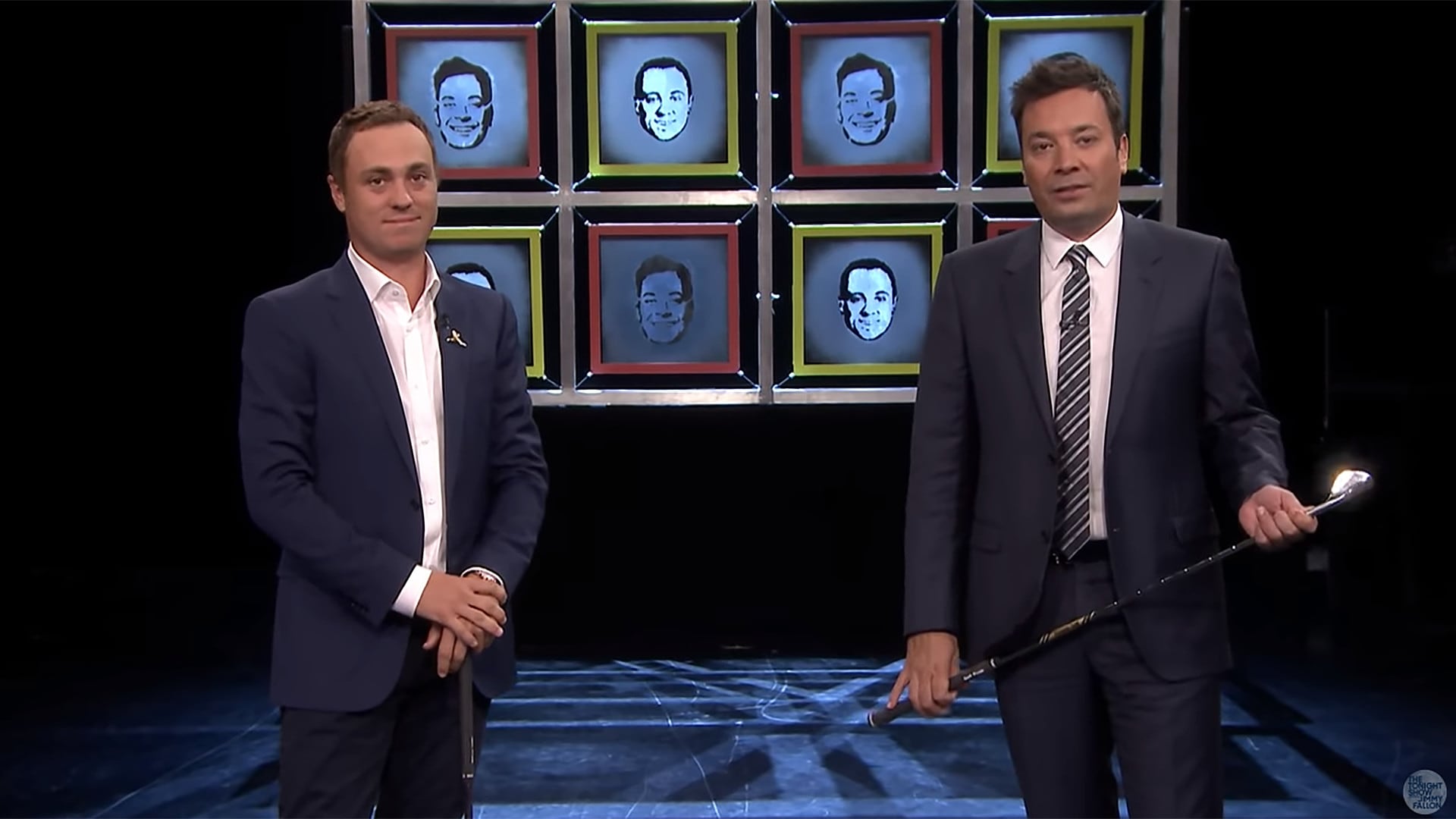 Justin Thomas didn't successfully defend his title at last week's PGA Championship, but he did get a guest spot on "The Tonight Show with Jimmy Fallon."

Thomas appeared on the talk show Wednesday night and, of course, a primary topic was Tiger Woods' run at the Wanamaker Trophy.

Thomas also played a game of "Facebreakers" with host Fallon, in which both men tried to break panes of glass emblazoned with the other's face with golf shots. Thomas nearly took out the real Fallon on his first shot, and after several uncessful attempts by both men, massive cheating ensued.