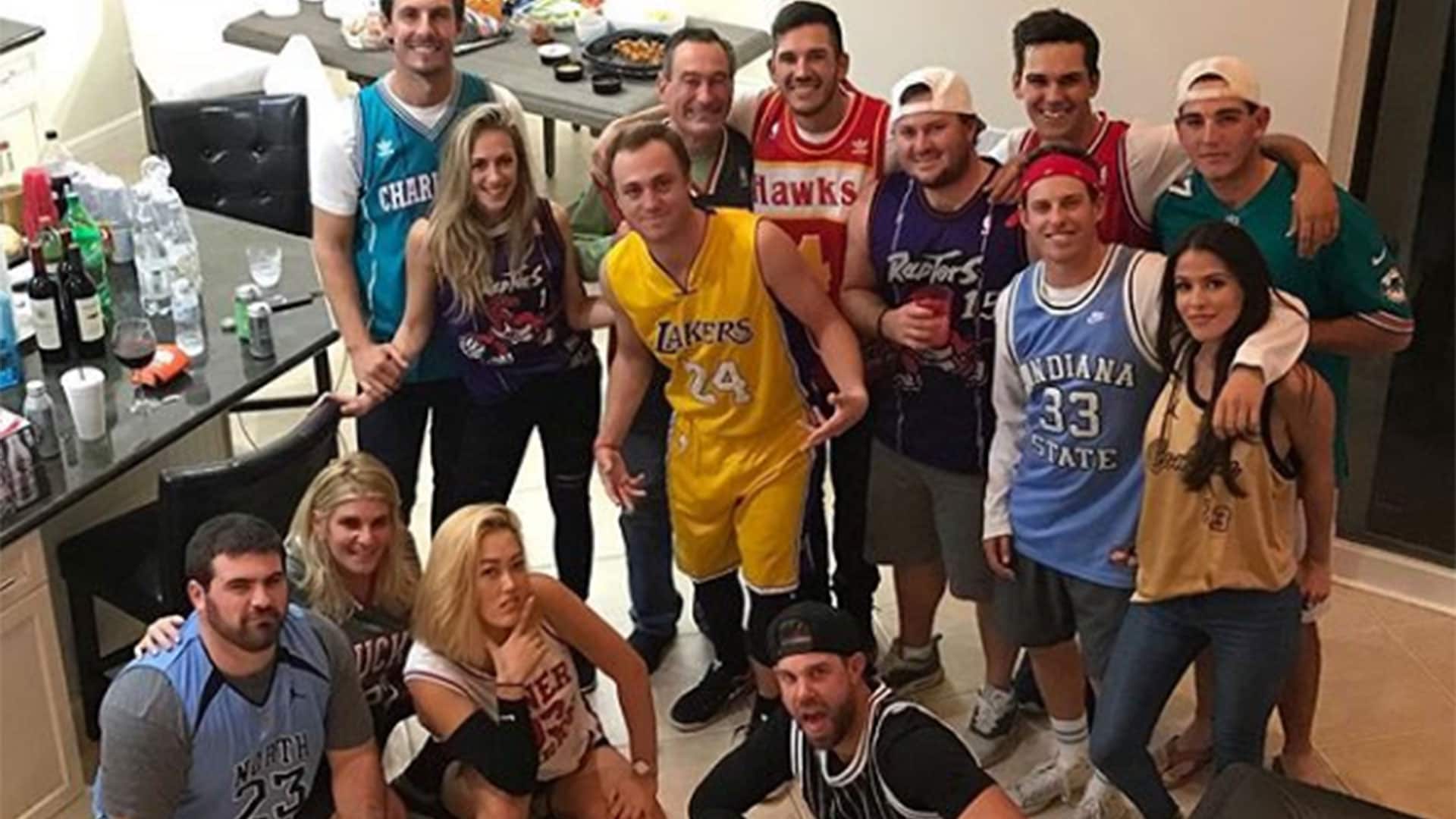 Kobe Bryant retired from the NBA in 2016 after a 20 year career with the Los Angeles Lakers in which he won five NBA titles, an MVP trophy and made 18 NBA All-Star teams.

The Lakers officially retired both of the surefire Hall-of-Famer's jersey numbers on Monday, raising both No. 8 and No. 24 to the rafters of the Staples Center at halftime of their game against the Golden State Warriors, but the L.A. fans weren't the only ones giving him a final send-off.

Justin Thomas and Michelle Wie headlined a jersey party of professional golfers that looked like an awesome time.

What more can you say? Game recognize game.