Tiger and his 'mom jeans' show off new course 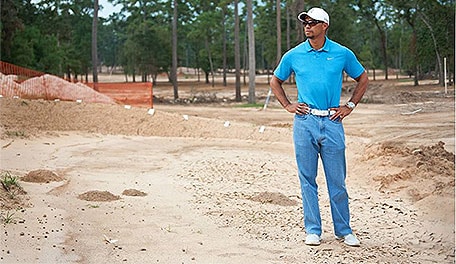 Ever try to show off a cool new toy, only to have some Negative Nancy completely ignore it and mercilessly attack your wardrobe instead? Of course you haven't. Then again, you aren't Tiger Woods.

Woods shared some photos Monday on Facebook of the progress at Bluejack National, an 18-hole course near Houston that is slated to become his first completed design in the United States.

His 3.1 million "friends" were, how shall we say, not impressed. They couldn't get over those jeans. And for good reason. It looks like he's been taking shopping advice from Jim Harbaugh. We screen-shotted some of the best remarks below.