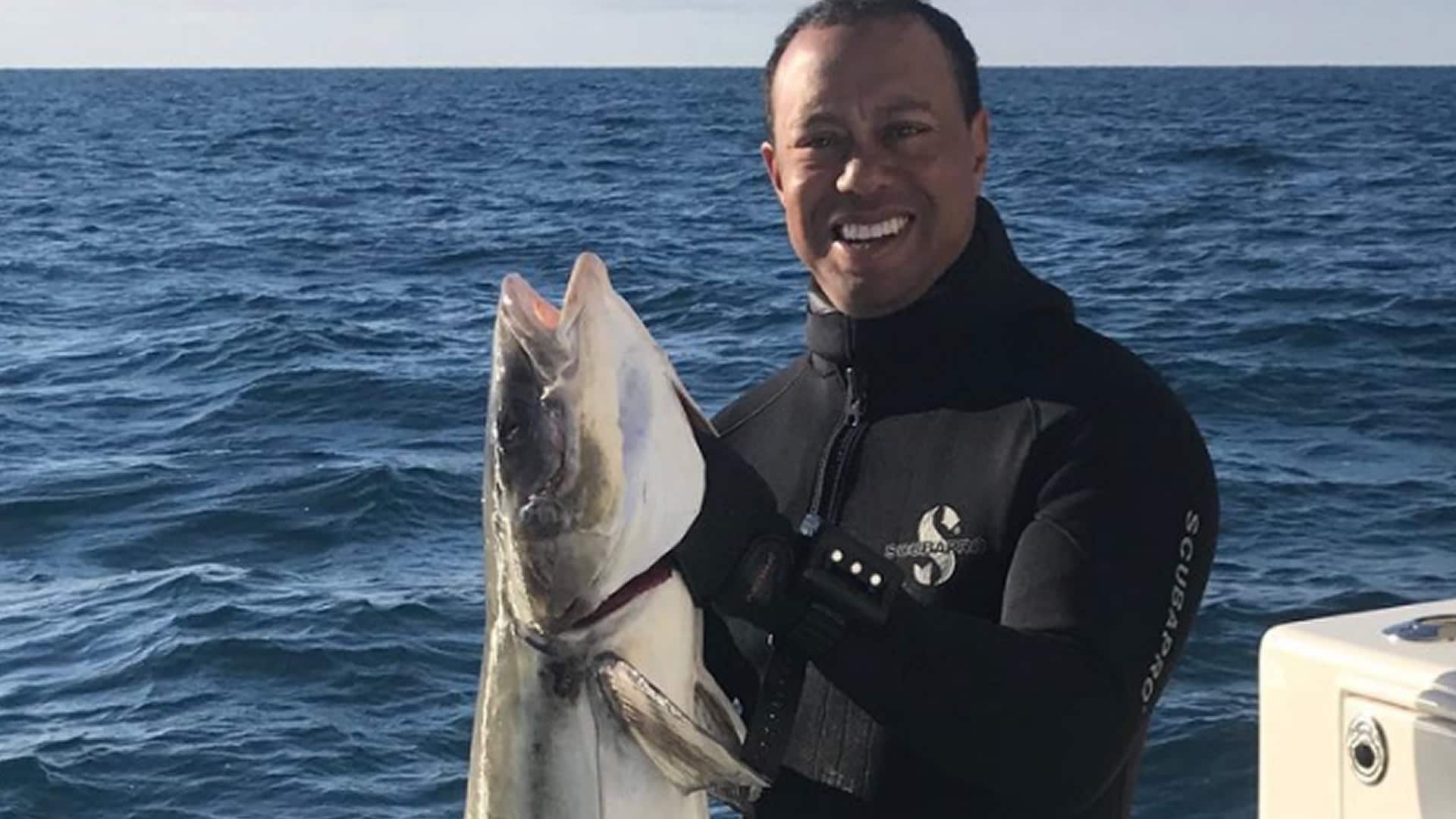 Tiger Woods turned 42 on Saturday and, it appears, he celebrated by shooting large fish with a spear gun.

Happy birthday to myself :) Nothing like shooting a cobia and an amberjack. pic.twitter.com/fqff602bk3

Woods announced the day prior that he was excited to compete in 2018 but wasn't ready to release his schedule.

While the photos above are impressive, neither compare to the one he showed off in 2017 of the King Kong lobster he caught.

Nothing like free diving with the kids for lobster at Albany. pic.twitter.com/QgdvrMYnPX