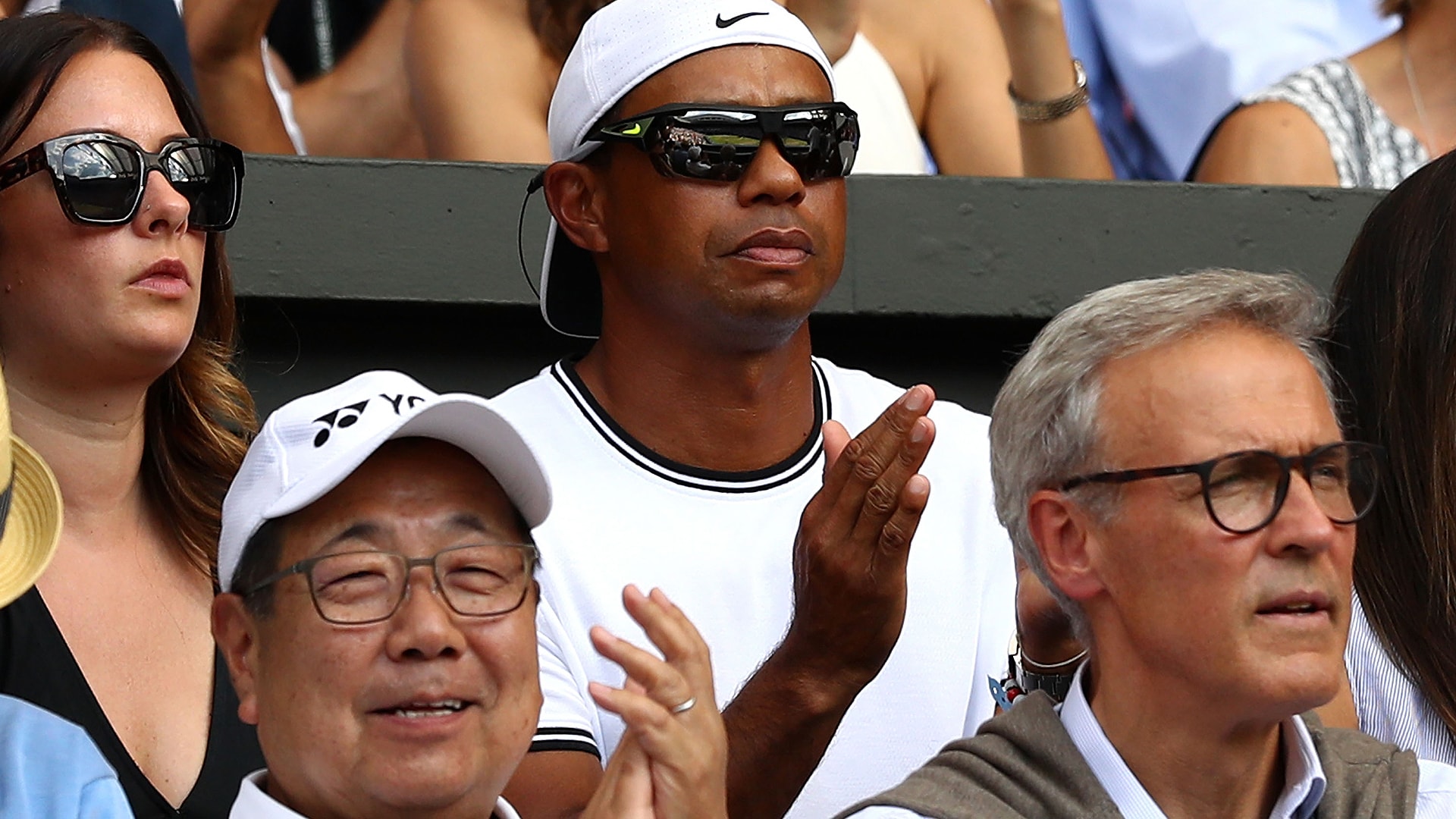 Before the start of Wimbledon, John McEnroe compared the buzz Serena Williams is making with her return to tennis to what Tiger Woods is doing in his return to golf.

“It’s like Tiger Woods when he came back,” McEnroe said. “All of a sudden, it’s top of the [TV] ratings.”

Apparently, Tiger himself is helping Serena’s ratings, though he wasn’t watching on TV as she tried to win her eighth Wimbledon title Saturday.  He was there at Centre Court, sitting in Williams’ player box. Woods is on his way to Carnoustie for The Open next week.

Woods wasn’t the most celebrated spectator in attendance garnering interest among fans and media. The Duchess of Cambridge (Kate Middleton) sat beside the Duchess of Sussex (Meghan Markle) in the front row in the Royal Box. Vogue magazine called it “The Duchesses day out.”

Back in 2013, Williams was in the gallery at the Honda Classic, watching Woods play. In fact, amusingly, she got busted for taking a photo of Woods as he played, with a marshal barking at her to put her phone away. Somebody captured her on video getting busted, and it went viral on YouTube.

Williams tweeted her photo of Tiger at Honda, and she also tweeted this: “"Just saw @tigerwoods. I understand NO golf Apparently u can't take pics. This security mad and yelled at me''

Ok at this Golf tournament. Just saw @tigerwoods I understand NO golf Apparently u can't take pics. This security for mad and yelled at me