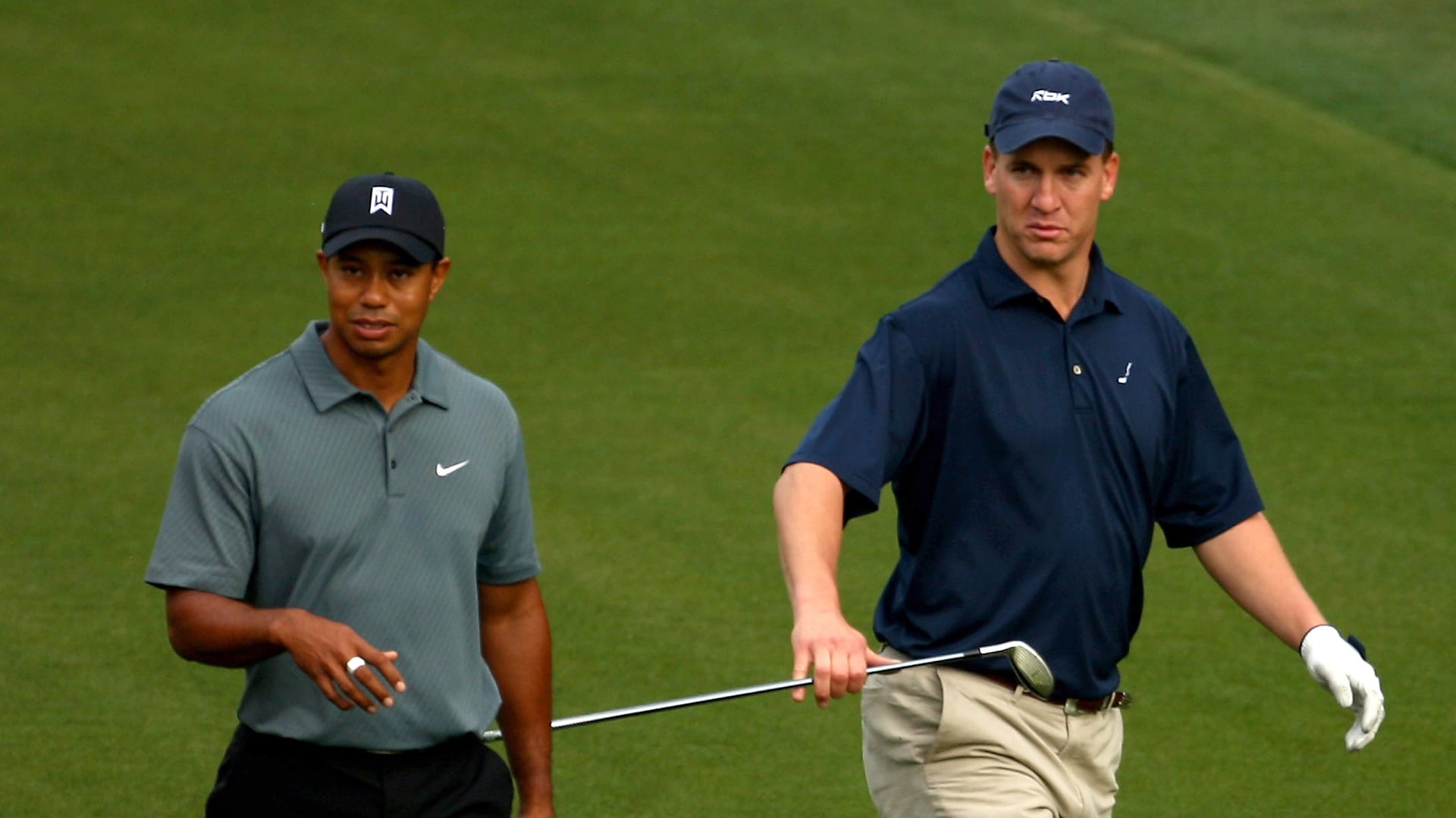 From one great athlete to another, Tiger Woods saluted Peyton Manning on a job well done Monday, as the two-time Super Bowl champion quarterback announced his retirement from football.

It was an honor to watch #18 for all these years. He revolutionized the position.

Now we can play more golf in the future, but this time I need shots.

Also my Raiders have a better chance of finishing higher than 4th in the division now.

Yeah ... we'll see about those strokes Tiger ... and those Raiders.

Separately, if you have ever wondered what exactly Peyton was yelling from under center for all those years, it was actually "Tiger" and "Phil" when it wasn't just "Omaha." Click on the video above for Manning's explanation.