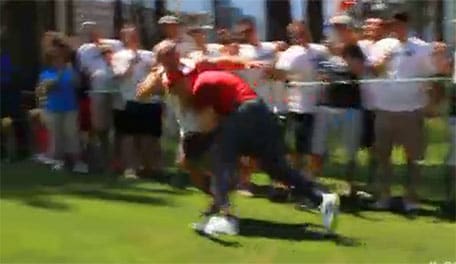 Sometimes you just have to give the fans what they want.

If you're Green Bay Packers linebacker A.J. Hawk, sometimes that means tackling a fan at a golf tournament.

Competing at this weekend's American Century Championship, Hawk took a break from his round to tackle a fan, who seemed more than willing to get hit from one of the NFL's best defensive players. Take a look: