Video: GC's Hoggard 'Dots the I' on 'Morning Drive' 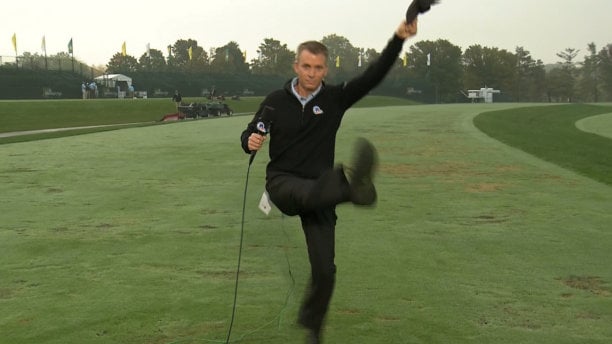 So the Presidents Cup is being held this week just outside Columbus, Ohio, which is undeniably Buckeye County.

During Wednesday’s Opening Ceremony, the Ohio State Marching Band entered the room and blasted the Buckeyes’ fight song for those in attendance.

The tune rightly fired up proud Ohio State alum Jack Nicklaus, and, for some reason, it had a similar effect on GolfChannel.com senior writer Rex Hoggard. During his Thursday morning hit on “Morning Drive,” Hoggard attempted to “Dot the I,” live, on national TV, after practicing all morning.