Video: This kangaroo is not a fan of flagsticks 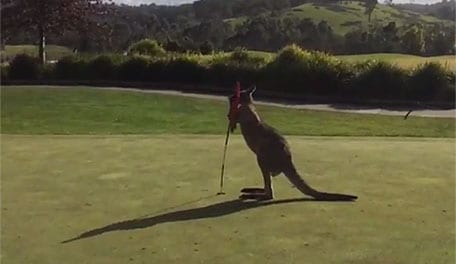 It's not quite a cute family of black bears dancing on a green, but it will do for a slow Monday in August.

Thanks to a Jason Dufner retweet, we bring you this video of kangaroo taking over the Heritage Golf and Country Club's practice green in Australia.

The kangaroo appears to have a major issue with flagsticks, hopping from stick to stick in an effort to stifle their wind-waving ways. Unfortunately, the video is only 30 seconds long, so it's unclear if the marsupial was successful in it's mission.

Just wanted to practise my chipping while it's sunny at @HGCCGolf. This is just a little too kangarude pic.twitter.com/K60FLpwDpR 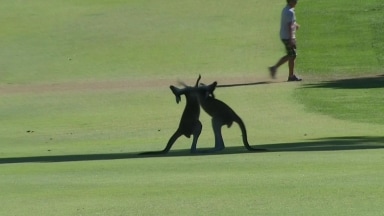 We'll call this a draw but that's only because we have no idea how kangaroo boxing works and if kicking is allowed. Looking at you, Left Kangaroo. 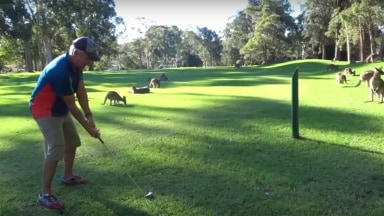 It's been a while since we've seen anything but alligators invading a golf course, so it's a nice change of pace to have kangaroos back in the picture.