Video: These dudes are way too good at 'Pong Golf' 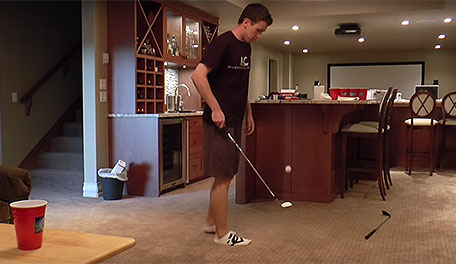 Some people do nothing better than others. Jerry Seinfeld and George Costanza are good examples.

BBs Doing Nothing are also pretty good at it. According to their YouTube channel, they are "University student that makes trick shot videos!"

Their latest has a whole lot juggling a ping pong ball through their legs before making the shot in a red Solo cup.

And this isn't their first rodeo. They've been posting similar videos for quite some time. The one below features a cameo from the same dude from the first video, who once again decides 10 seconds is enough time to juggle ping pong balls before dropping his club and leaving the room. That, apparently, is his thing.