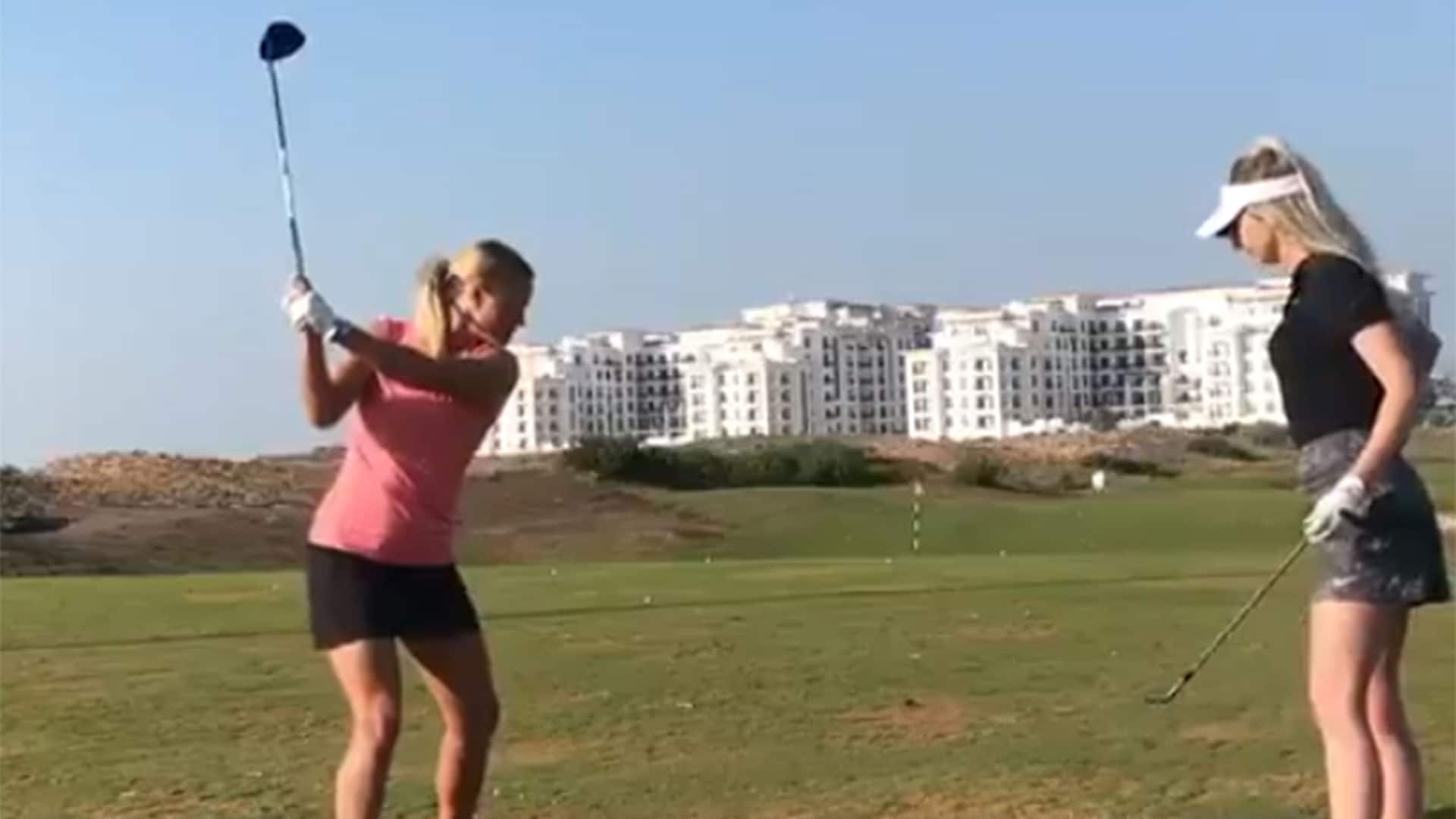 Teaming up for a trick shot has been all the rage in golf for a while now, but one recent attempt didn't go exactly as planned.

Ladies European Tour golfers Carly Booth and Hannah Davies tried their hand at the juggling-driver combo trick shot, and luckily (for us) the camera was rolling.

We could spend all day breaking down the film, but instead we'll hand that job over to Shooter McGavin's "friend."