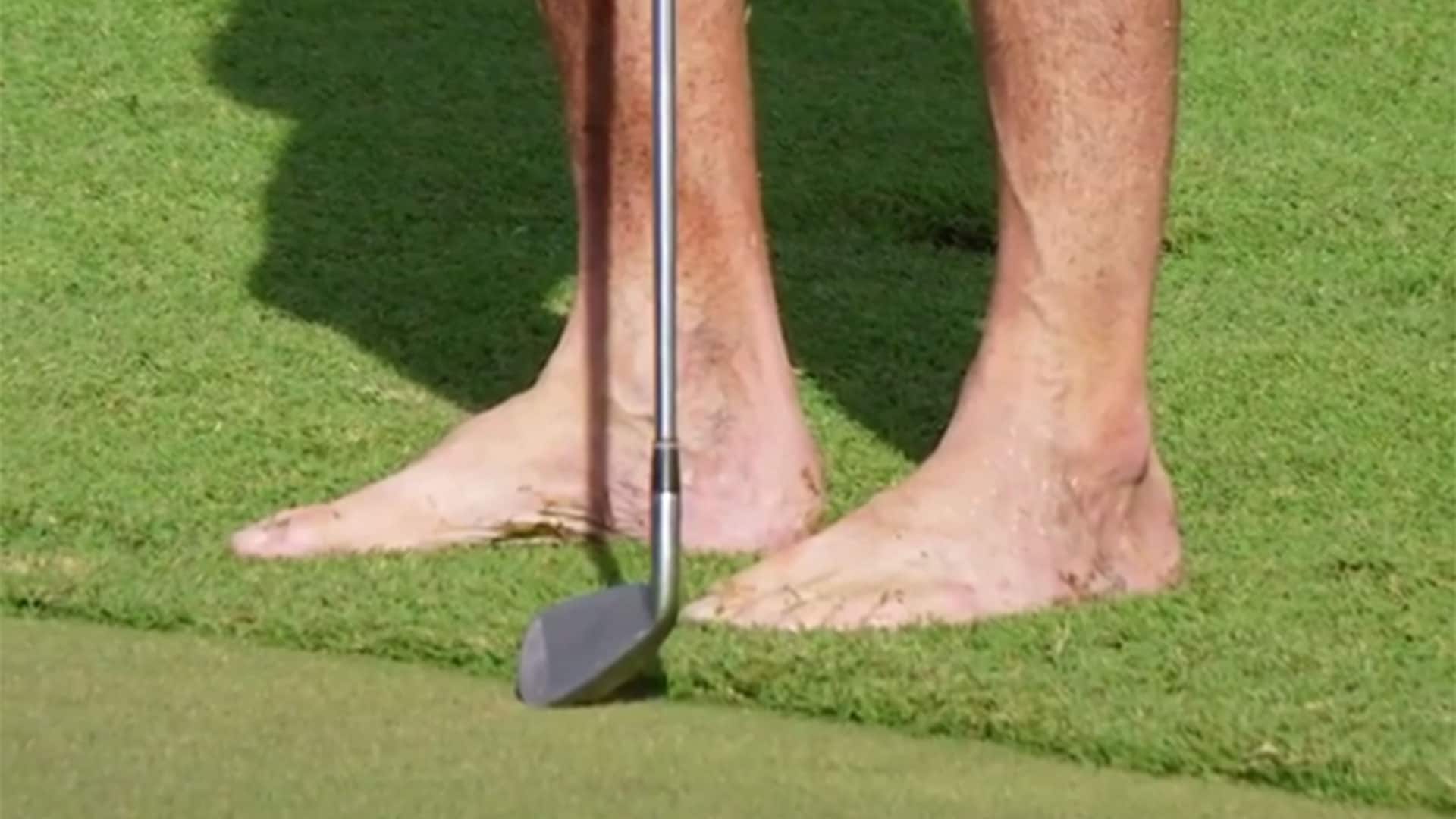 As we've seen in years past, Wednesday pro-ams sometimes leave players "amazed" at what they see - just ask Steve Wheatcroft.

It's only January, but we have an early front-runner for pro-am moment of the year, brought to you by the head coach of the CFL's Hamilton Tiger-Cats, June Jones.

Jones, who has also had stints as an assistant coach in the NFL and as a college head coach at Hawaii and SMU, played the round barefoot and used his 5-iron to putt.

Jones, 64, explained that he switched to the 5-iron to overcome the yips, and from the looks of his back-to-back birdies in the video, it's safe to say he's been cured.

As for the bare feet, Jones doesn't get in to it. But the move is not unprecedented. Some of the best pros in the world play golf barefoot one week a year, leaving Jones in good company.