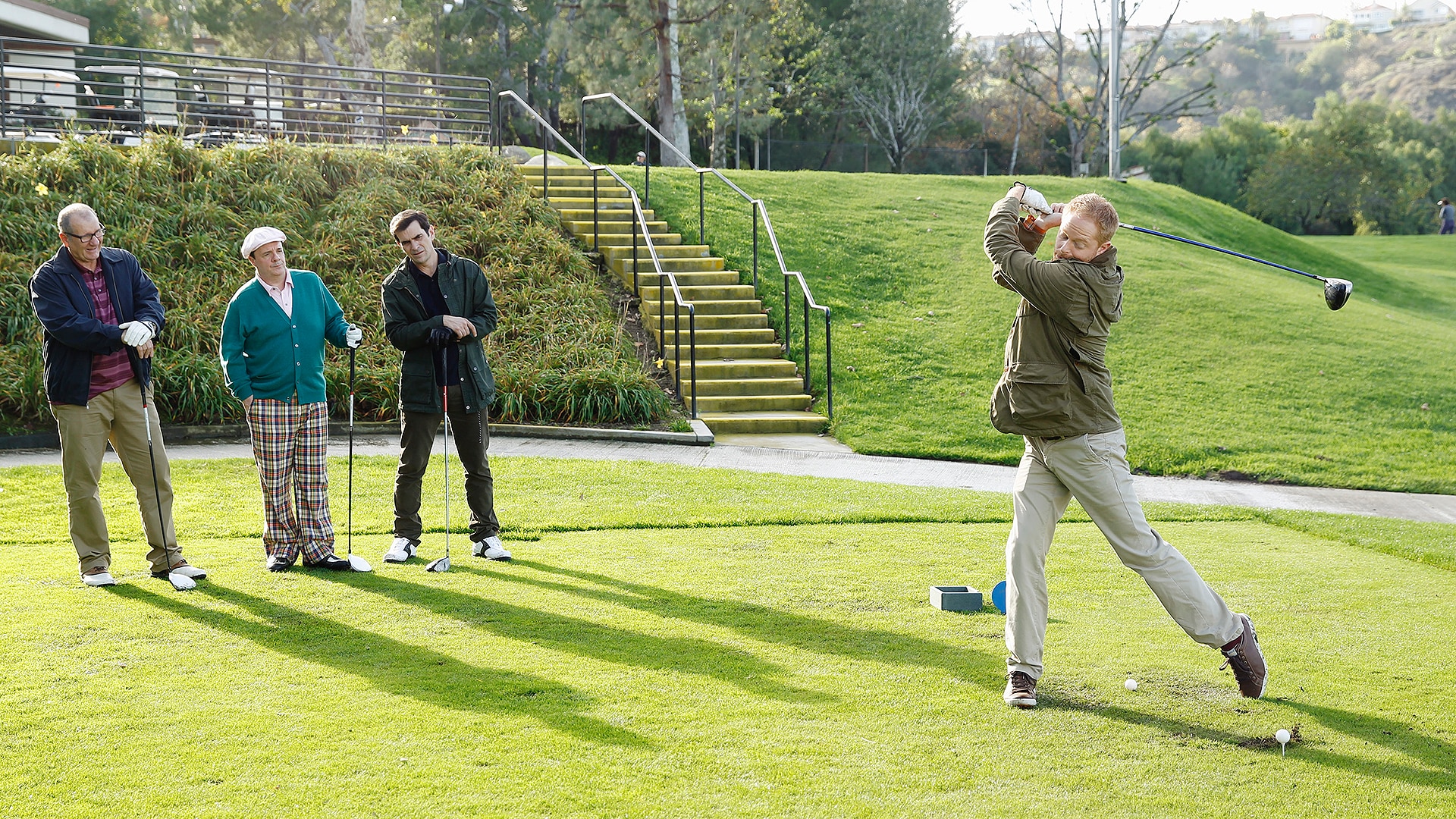 Golf doesn't play a big role in the ABC sitcom "Modern Family," but it pops up enough to suggest that somebody connected with the show is an avid golfer. On Wednesday night's Season 9 finale, family patriarch Jay Pritchett tells his daughter, Claire, "I just found out you can get the Golf Channel online," so he needs to have his schedule cleared, presumably so he can watch.

Previously, we've seen Jay bond with his son, Mitchell, over a round of golf,

and scare the bejeezuz out of his stepson, Manny, over matters of religion while Manny was acting as his caddie. We've also seen Phil, Claire's husband and Jay's son-in-law, out on the links with his real estate nemesis, Gil Thorpe.

And at the beginning of this just-concluded season, we found out that Joe, Jay and Gloria's barely-out-of-diapers son, has a talent for golf (and a volcanic temper).

Anyway, the series has often made the point that Jay doesn't need to keep working at his closet business - that he should retire and turn things over to Claire. As a workaholic, he has always resisted this idea, but maybe the lure of being able to watch Golf Channel online will finally change his mind.

We can only hope.