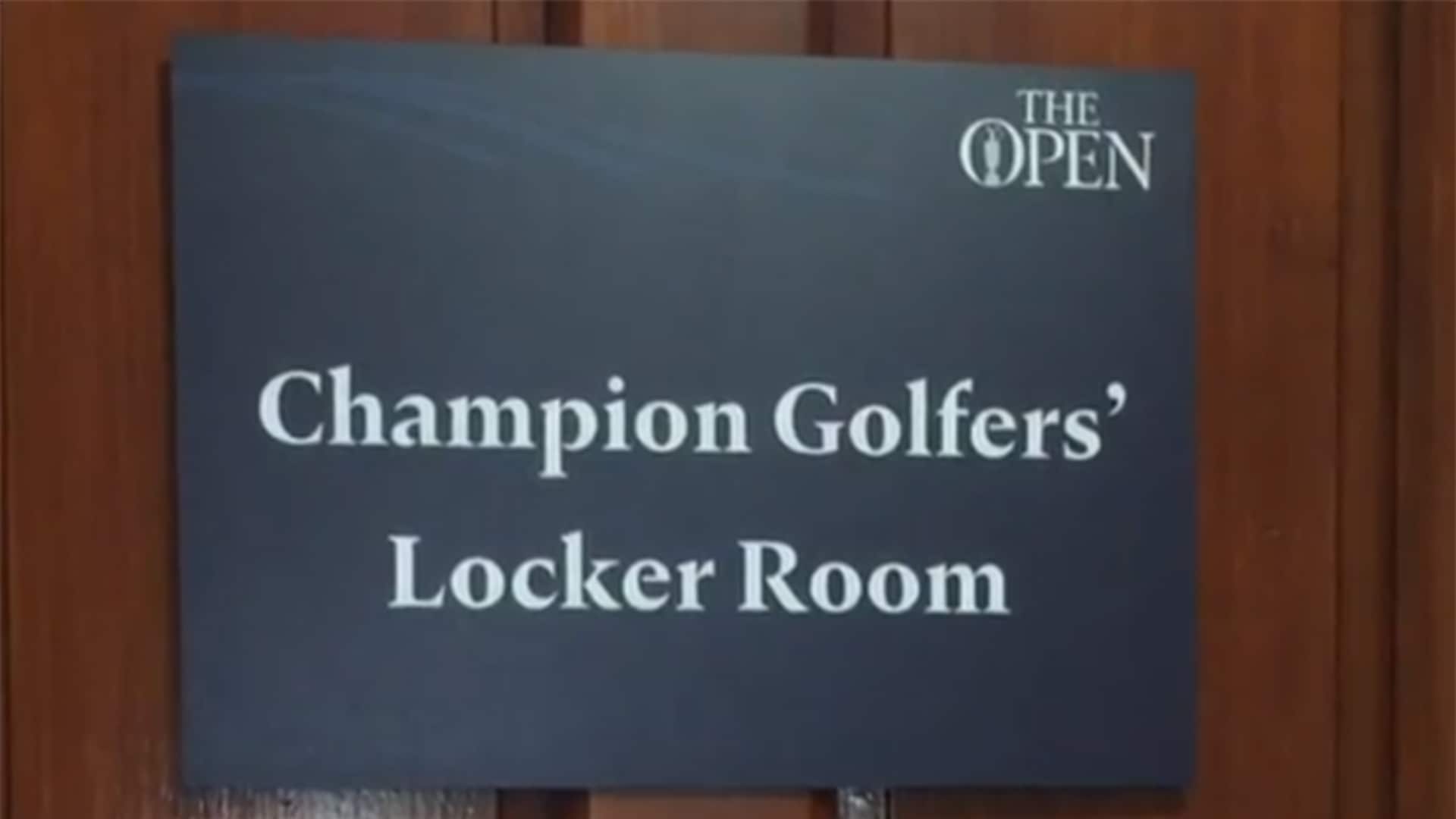 A very small percentage of golfers will ever know what it feels like to walk into the Champion Golfers' Locker Room at The Open.

But thanks to Rory McIlroy, everyone from former runners-up at the year's third major to the rest of us weekend hacks can at least get a tiny taste of walking through that door.

McIlroy, who won The Open in 2014 but missed the chance to defend his title last year because of an ankle injury, took to Instagram on Tuesday to give the masses a glimpse of where the champions hobnob during the week, showing off his locker - which is sandwiched between Sandy Lyle's and Phil Mickelson's - as well as the things in it, such as Open Championship coffee mugs and a watch that looks like it costs about the same as a Kia Sorento.

Inside the Champion Golfers' Locker Room at @theopen