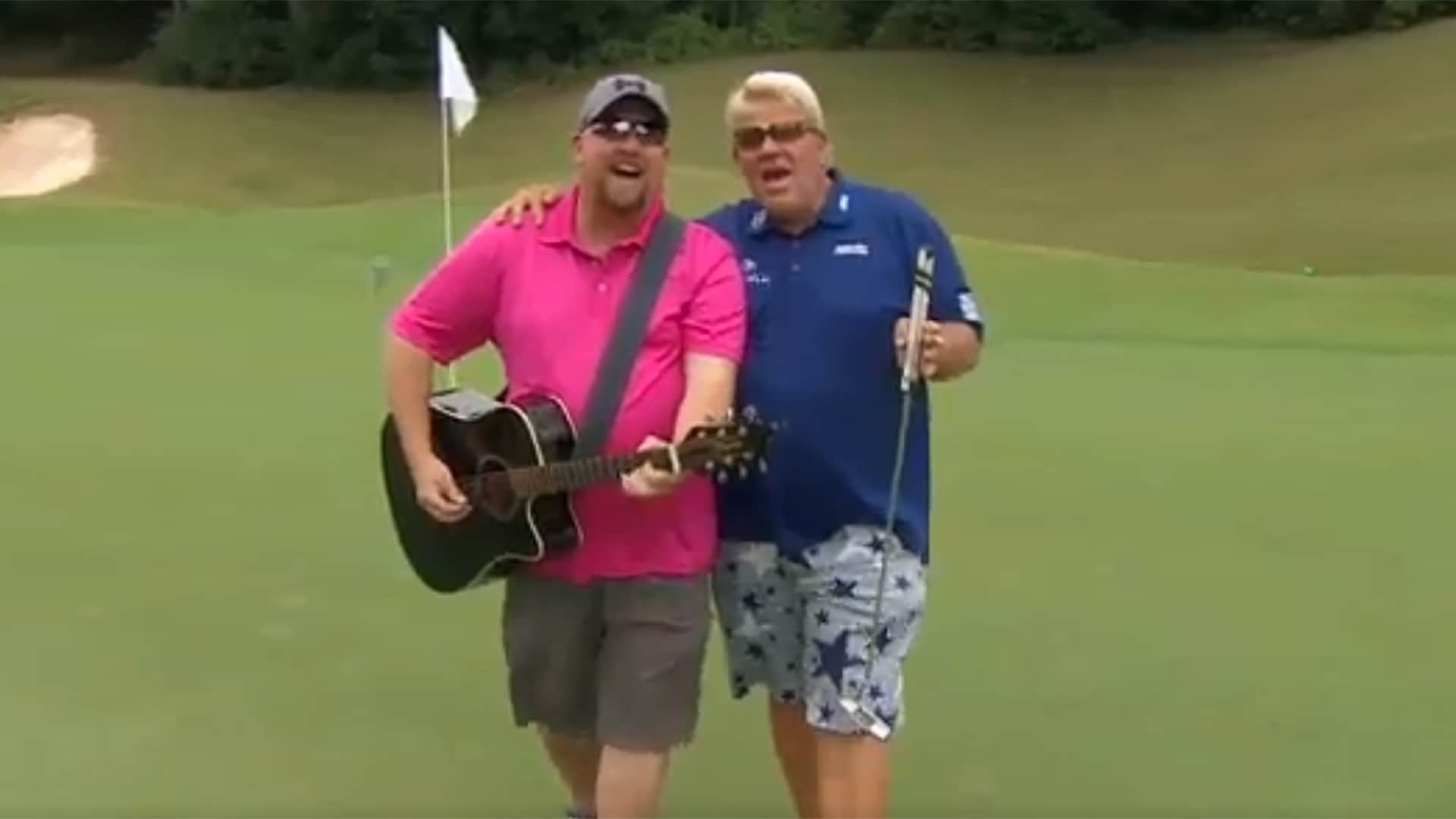 John Daly is on top of the world after winning a Tour-related event for the first time since 2004, and the party hasn't stopped since last week's PGA Tour Champions victory at the Insperity Invitational.

While attending the Dallas Cowboys annual charity golf outing, Daly, who was playing shoeless (obviously) sank a little left-to-right bender with a cigarette in his mouth, and celebrated by breaking into song while his buddy played the guitar.

What's cooler than this?@PGA_JohnDaly sinks the putt while his buddy strums on the guitar... and then the two break out into a duet. pic.twitter.com/fTELuqbsgJ

Of course, that wasn't the only concert the two-time major champion put on during the tournament.

He also sang a rendition of George Straight's "All My Ex's Live in Texas" with Cowboys executive vice president Stephen Jones.

.@PGA_JohnDaly #Cowboys Exec. VP Stephen Jones even joined in on the fun, singing a bit of @GeorgeStrait's "All My Ex's Live in Texas", w/ @PGA_JohnDaly pic.twitter.com/5v0CWWUqp7