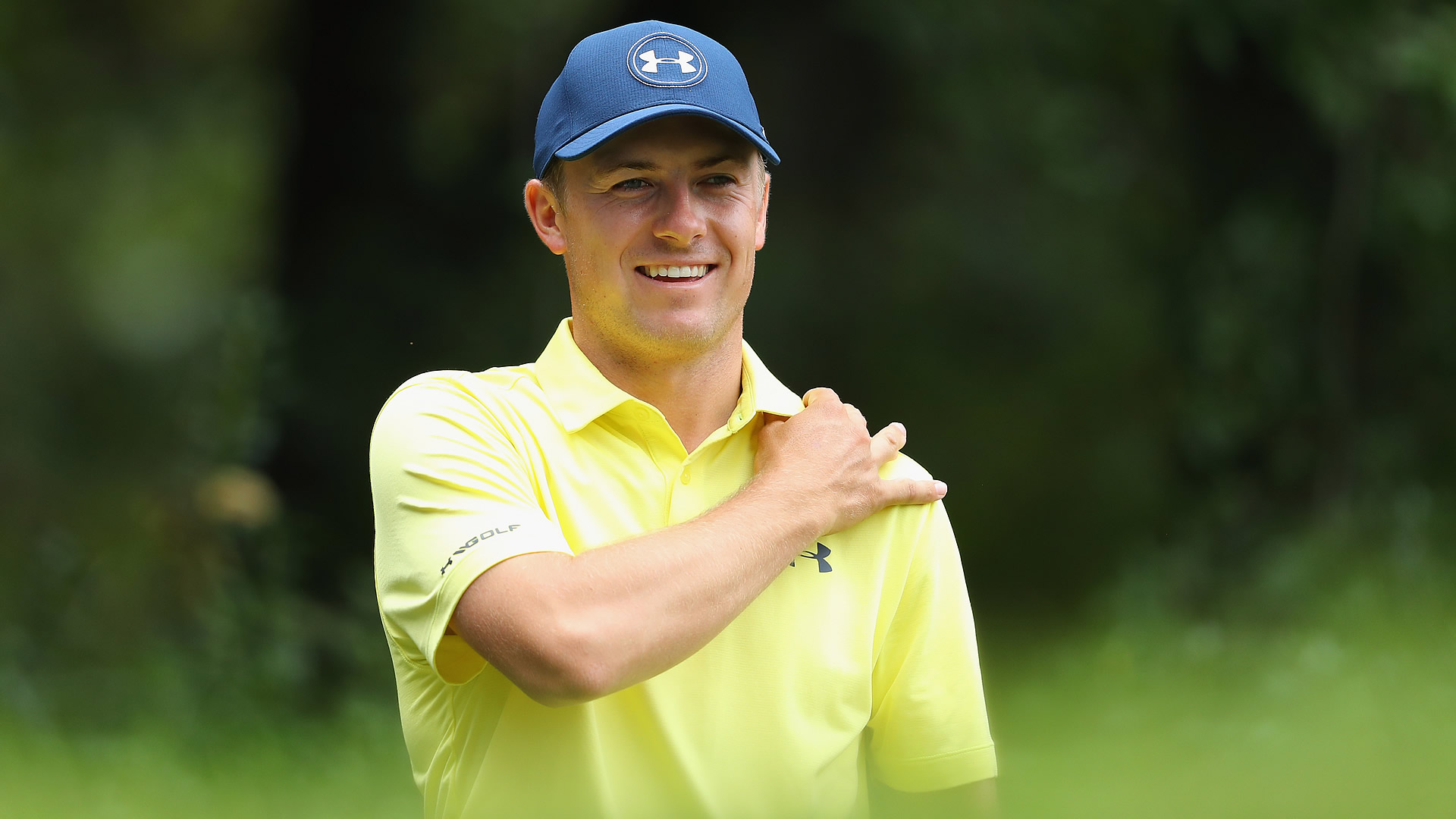 Jordan Spieth has had a pretty good week.

First, a picture of Spieth, his girlfriend fiance, and her new ring surfaced on social media on Christmas Eve.

And now, an Instagram account called the Colorado Golf Blog is claiming that this video below shows Spieth holing out on his home simulator on Christmas night.

The only thing wrong with the celebration is that Spieth gave a half-dab rather than throwing his club through the ceiling and body bumping Michael Greller.