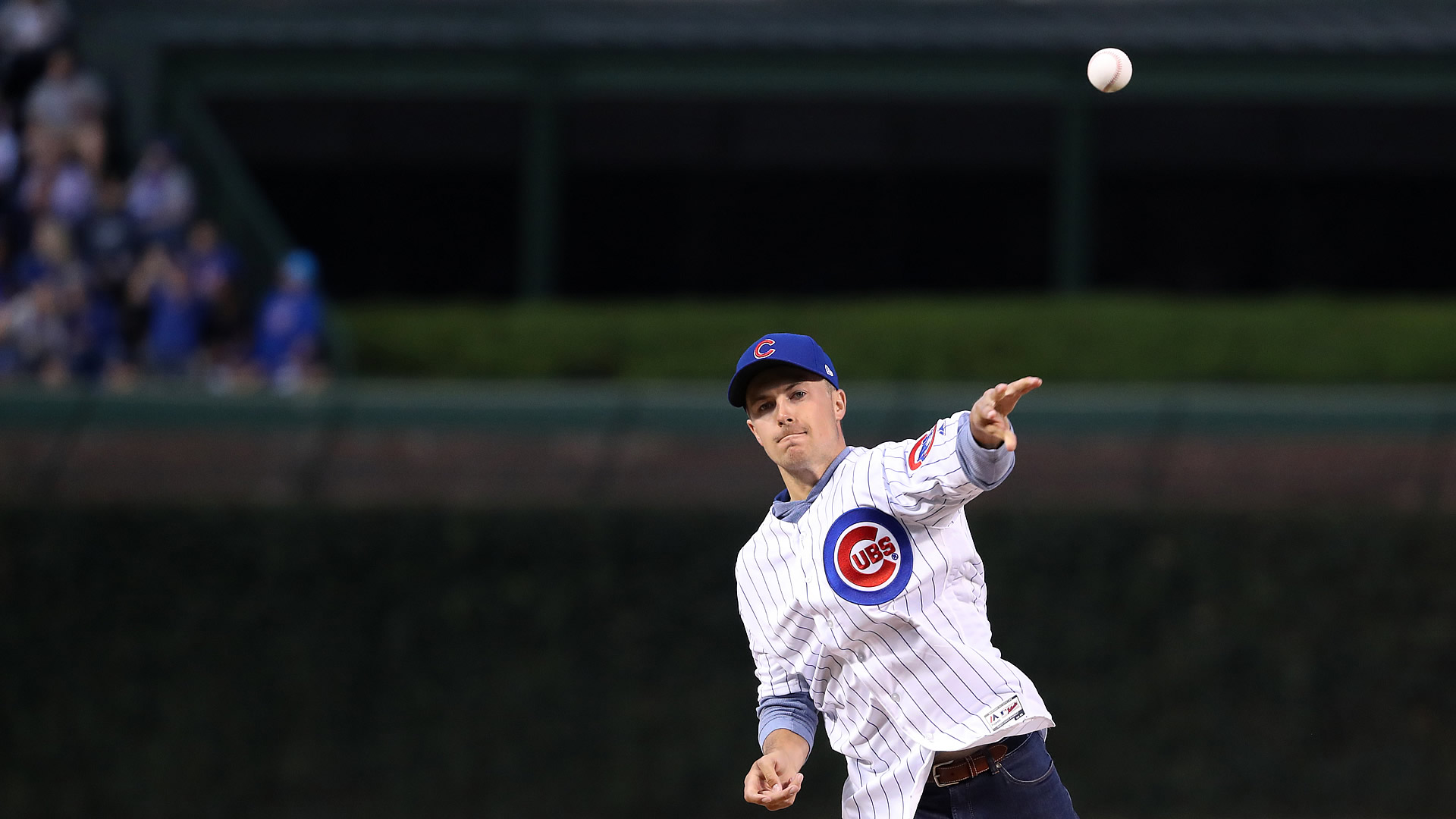 1st in the #FedExCup.
1st pitch at the @Cubs game.@JordanSpieth bringing the heat.pic.twitter.com/ztjRH6Qpc7

Jordan Spieth is no stranger to throwing out a first pitch at a baseball game.

The smooth slinging lefty added to his resume Tuesday night at Wrigley Field as the Chicago Cubs took on the New York Mets. Spieth, in town for the BMW Championship, was a little high and away from the plate, but certainly didn’t embarrass himself.

He’s also thrown out first pitches at Fenway Park and twice for the Texas Rangers.

Click here for a gallery of Spieth's night at Wrigley and here’s how he compares to a few other players who have tossed that ceremonial pitch over the years: