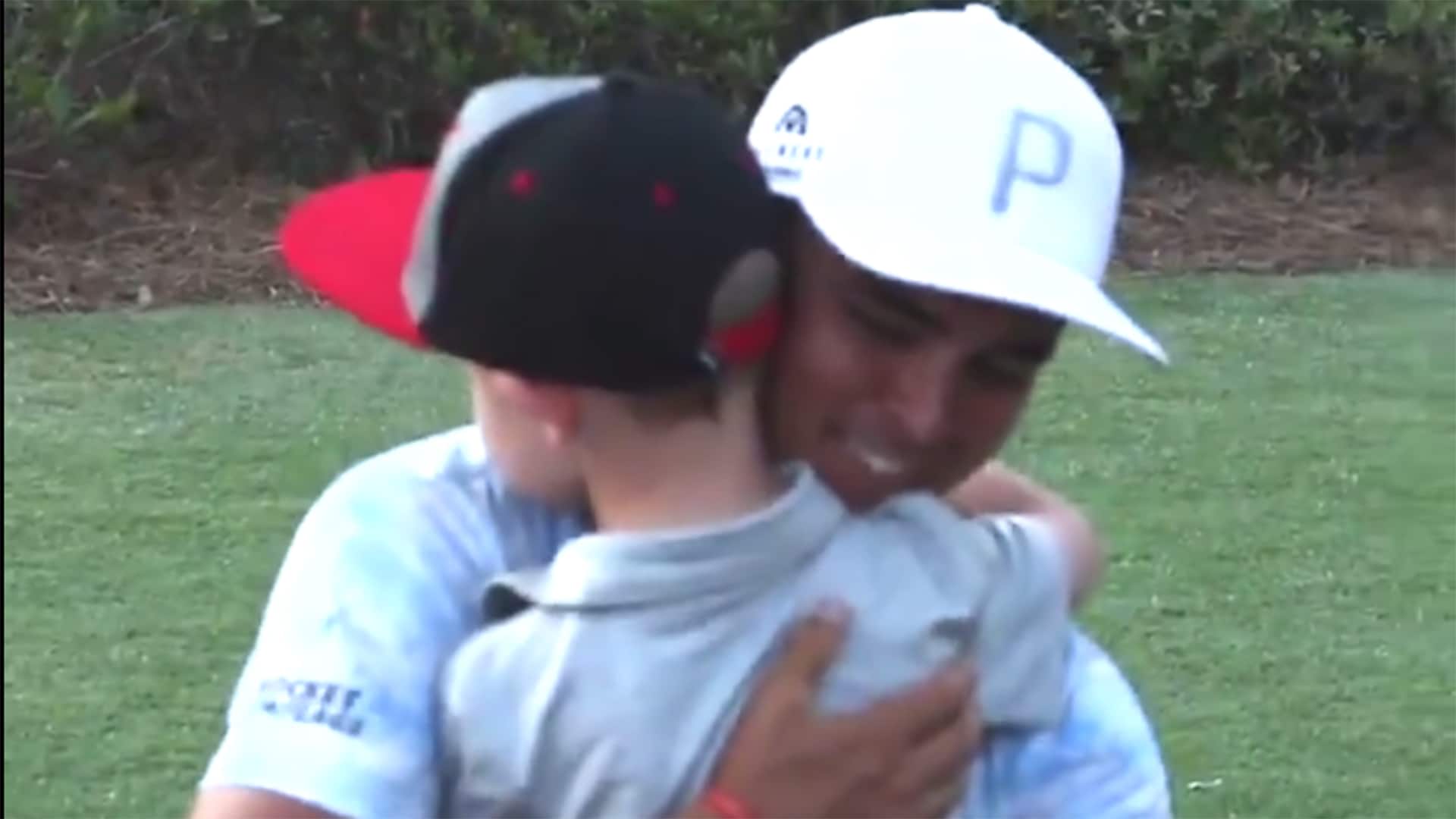 A young golf fan named Redick got to meet his idol Thursday at The Players when Rickie Fowler not only gave him a ball but also stopped for a meet-and-greet and photo op.

Redick initially posed for a picture with Fowler when he was just a baby, prompting Rickie to joke, "I don't have to hold you this time."

Fowler signed multiple items for Redick, who with any luck will get to take an Austin Connelly-Sergio Garcia photo with Fowler on Tour one day.