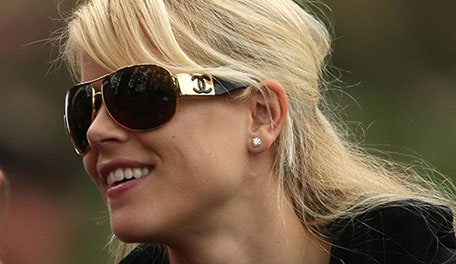 Tiger Woods' ex-wife Elin Nordegren has split with boyfriend Chris Cline after a year of dating, according to a report.

She's single, but that doesn't mean you have a shot ... unless you have a few billion Washingtons - give or take - in the bank.

We're not saying she's a gold digger - she pocketed $110 million in her 2010 divorce from Woods - but rather, she has fine tastes. Her most recent beau, 54-year-old coal tycoon Cline, has a net worth of $1.7 billion according to Forbes.

Just because you can't date her doesn't mean you can't still enjoy these images (click here or on the photo below) of the 34-year-old blonde bombshell, former model and recent Rollins college grad.