Would Trump beat Obama at golf? Trump thinks so 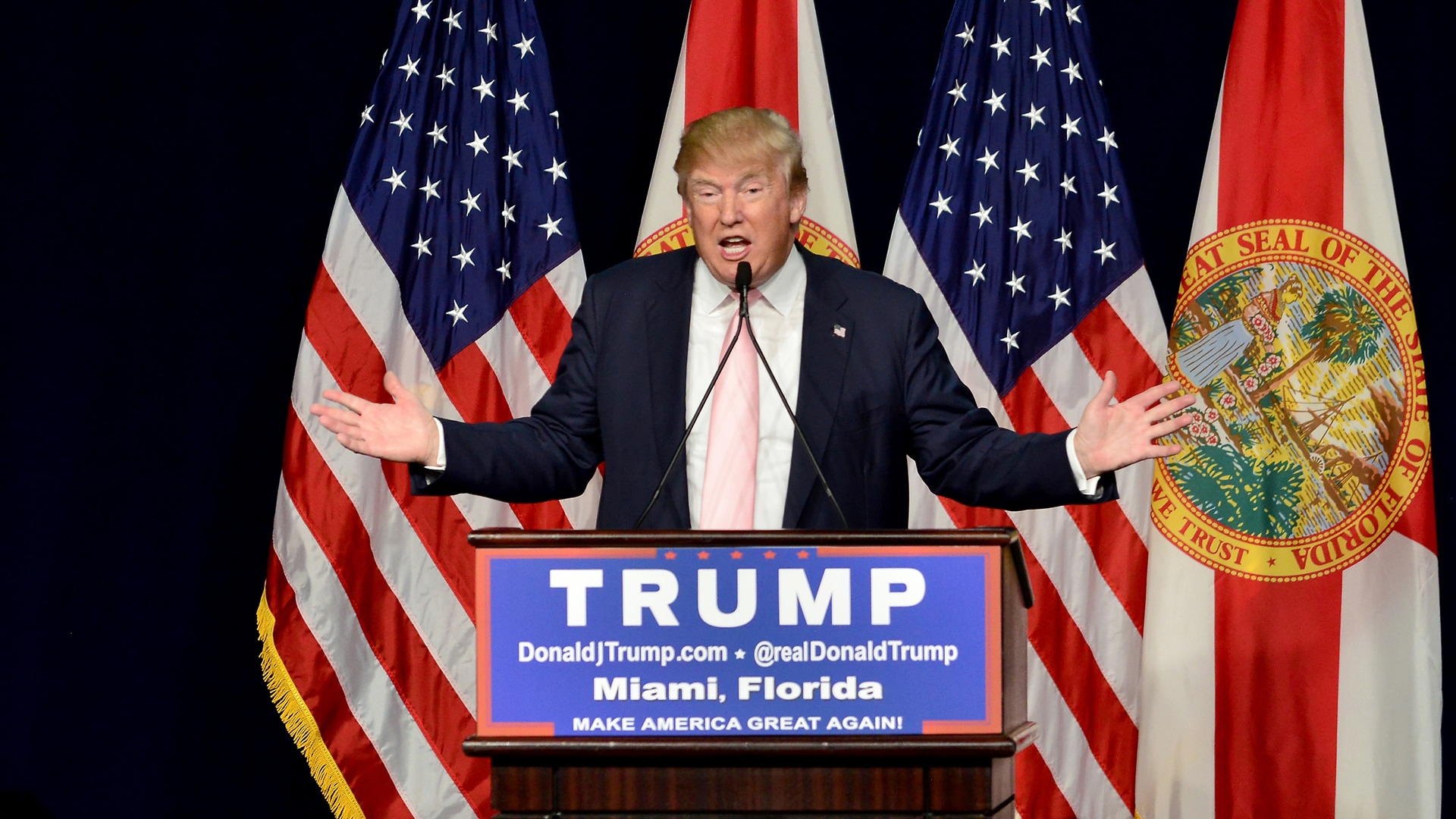 We aren't exactly sure what President Obama shoots on a typical day on the golf course, but without a doubt it would be worse than Donald Trump ... says Donald Trump.

In a real shocker, when the Republican presidential frontrunner was asked Wednesday during a town hall meeting who would win a match between him and the POTUS, Trump didn't hesitate to choose himself, and added that he's won "many, many club championships."

While he did dance around the question of his handicap, it's comforting to know that Trump hasn't lost any confidence in his golf game, even after actor Samuel Jackson called him a cheater last month.

Donald Trump Says He Would Beat President Obama... by tommyxtopher