In the mid-1950s the idea of an Arnold Palmer Golf Center was certainly appealing. But when my father learned of the cost of linking his dream with a budding superstar, Dorneyville Golf Center was born instead, named for the tiny borough on the edge of Allentown, Pa.

In the aftermath of World War II, the Sheldons and Murrays – college educated sons of the Abes and Sols who had made good from their meager immigrant lot – were free to take swings at what must have seemed to their fathers to be such frivolous pursuits. But it made some sense.

Meanwhile, golf was enjoying a surge in popularity thanks to President Eisenhower and a rugged bull-of-a-man from Western Pennsylvania. Arnold Palmer embodied the can-do spirit of a country eager to get on with the simple job of enjoying its hard-won freedom.

Business was slow in the early years. My dad jokingly called Dorneyville the first fully lighted cemetery in America. When asked if he took out ads in the local paper he’d crack, “We did but we might as well have taken out ads in the Anchorage Alaska Daily News.”

But by the early ‘70s Dorneyville Golf Center was fully entrenched in the community. My three brothers and I were coming of age and through our teenage years we ran Dorneyvillewith a bunch of our friends. We operated the cash registers, picked up trash, drove the range picker, vacuumed the carpets on the mini golf course and cleaned balls.

On slow summer mornings we also listened to the old pro, Frank Stocke, tell stories. Frank worked in a battery plant by night and hustled $5 lessons by day at Dorneyville. He made Tin Cup look soft.

“One year I lead the Reading Open,” he once told me, with an unfiltered Pall Mall dangling from his mouth like an appendage.

“You lead a real pro tournament, Frank?” I asked.

“Why certainly. Shot 69 the opening round,” he said.

“Well, who was in the tournament?” I demanded to know.

“How ‘bout Nelson, Hogan and Snead, in case your innerested,” he shot back, with the absence of the “t” in “interested” existing in the language of Frank.

“Wow, you shot 69 in a tournament with Nelson, Hogan and Snead. What happened in the next round?” I asked.

Sixty-ish with slicked back silver hair, an impeccable tan from years of giving lessons, Frank took a deep drag on his cigarette, his eyes becoming slits. With his thick fingers he flicked the butt as far as I hit a 7-iron, a stream of smoke racing through his nostrils. Then he dropped the hammer.

Four brothers, a raunchy old pro, a father who hated to see hot dog wrappers floating through the parking lot, and a window to a working class city that seemed to show up all at once on a perfect summer night. That’s where I grew to love the game, over countless Dorneyville days and nights.

And though we never did affiliate with Mr. Palmer, I would end up going to work for him here at the network he helped to found – Golf Channel.

It’s a really good job, unquestionably, but also a really good platform for giving back to a game that’s given my family and I a good life. So for 10 years my wife Robin and I, with help from a number of generous Tour pros like Rocco Mediate, Chris DiMarco, Lee Janzen, Andy Bean, Jim Thorpe, Graeme McDowell, Bruce Fleisher and Larry Nelson, as well as my Golf Channel pals like Brandel Chamblee, Frank Nobilo, Kelly Tilghman, Charlie Rymer, Steve Sands and Mark Lye, have staged a charity tournament each December.

The December Classic has raised money for battered women and children, mentally challenged adults, Boys and Girls Clubs, a food bank and, this year, the Neonatal Intensive Care Unit at Winnie Palmer Hospital in Orlando.

It’s there that I’ve come to know the Arnold Palmer of baby doctors, Dr. Gregor Alexander.

Julie’s sentiment is shared by tens of thousands of mothers whose own children survived the harrowing days and weeks of premature birth.

In 2008, Julie came to the Palmer Hospital for the delivery of their daughter, Madeline.

“As a mother you don’t think anything is going to be wrong with your child,” said Julie. “I took a tour of the Winnie Palmer Hospital two months before I gave birth and you see all these children and your heart goes out to them, but you don’t think you’ll ever be in that position yourself. So when it actually happened we were devastated.”

Brian recalls how quickly it all deteriorated. “Both of Madeline’s lungs collapsed and she had to have emergency surgery. But thanks to the hospital and Dr. Alexander, she made it through and we’ll be forever thankful for that.”

Madeline is now 2-years-old, a healthy and beautiful little girl.

If Dr. Alexander pours his soul into saving life every day, it’s because he knows first hand the value of one life, the difference one life can make.

After his grandparents perished in the Holocaust, his parents escaped Nazi Germany to South America. Had they not made it, Dr. Alexander would never have arrived in this country in 1972 with two pieces of luggage and a dream.

“I had the dream of being a baby doctor,” he says. “And I fulfilled that dream in America in this field of dreams, a place that is greater than life.”

Dr. Alexander estimates that in the roughly 30 years he’s been at the hospital, 28,000 babies have been cured.

“Some of our babies are now working as nurses with us,” he said.

As the doctor spoke a young mother tended to her baby nearby. Indira was born weighing less than two pounds but is now on the road to recovery.

“Indira,” said the mother, “…the name speaks for itself.

“Indirah Gandhi was the Prime Minister of India. I think my Indira’s going to surprise the world with what she’s going to be in the future.”

Every parent and every child should be able to dream that big. Dr. Alexander did, and now he and his staff are ensuring that others have that same chance.

Looking back, Mr. Palmer’s name was always too big to fit on the front of a small-town golf center. It belonged on major trophies and important hospitals – a hospital we’re happy to help.

Note: For more information on how you can help or even play in the December Classic, visit: www.decemberclassic.com. Watch Rich Lerner's piece Sunday evening on Golf Channel in the Golf Central series on the Power of Human Energy. 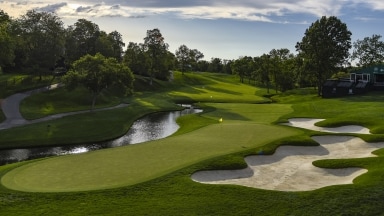 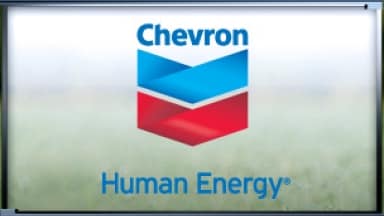 Get involved with one of the many featured Human Energy organizations. 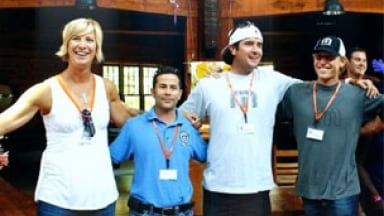 Bubba Watson and his wife, Angie, actively volunteer with the Hole in the Wall Gang and have created the Bubba Watson Junior tournament to raise both awareness and provide terminally ill children a place to enjoy themselves. 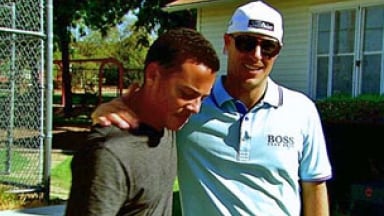 Ben Crane and H.O.P.E. Farm understand how important it is to shape a young boy's life through a positive male influence.