The Social: Players in vacation mode 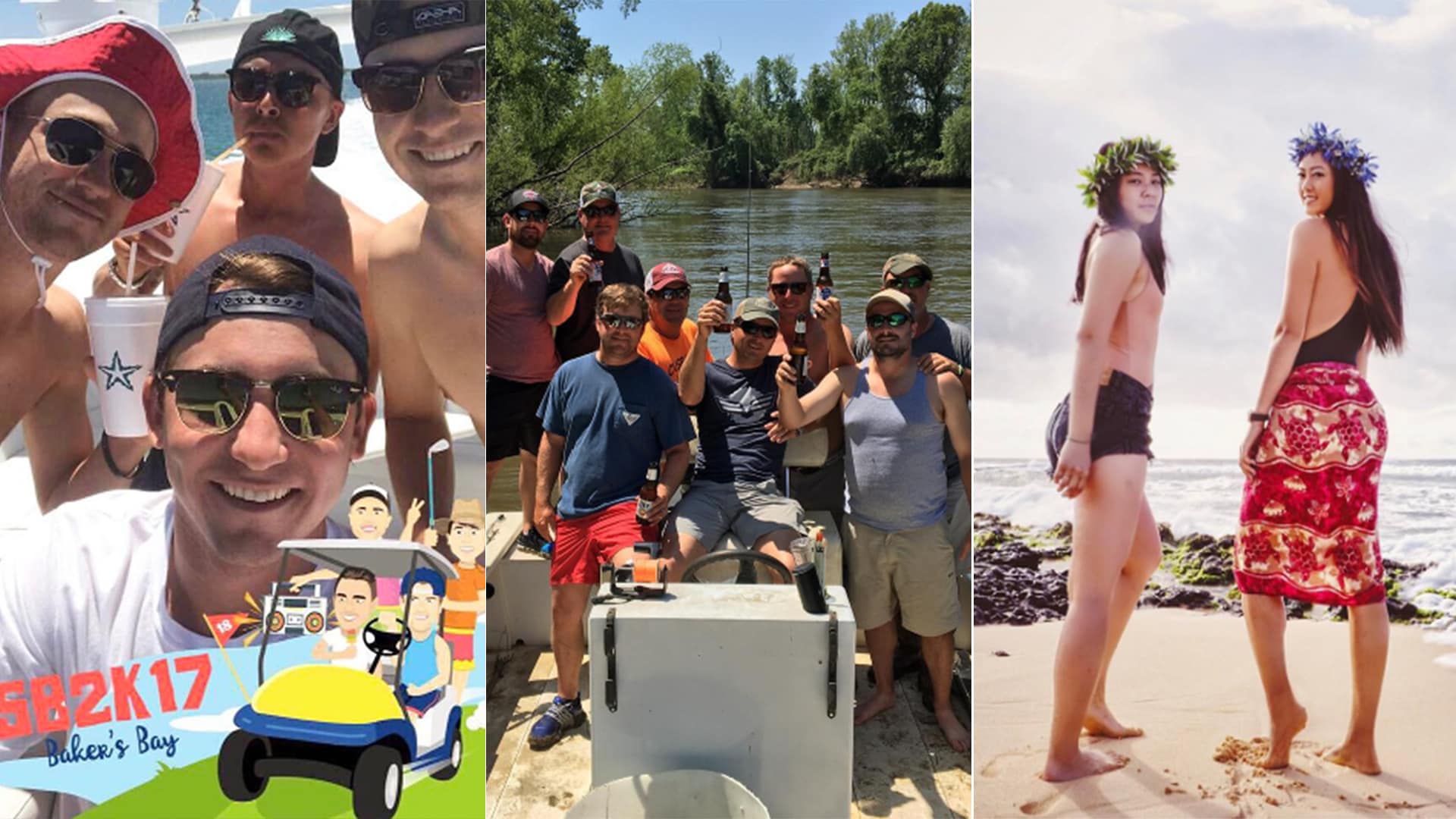 The #SB2K17 boys did their thing in the Bahamas, but they weren’t the only golf crew on vacation last week. Plus we’ve got trick shots gone painfully wrong and an interesting victory dinner decision by a new PGA Tour champ in this edition of The Social.

The highly-anticipated #SB2K17 has come and gone, and in terms of sequels, it was “The Hangover Part II” of buddy trips. Sure, Rickie Fowler, Jordan Spieth, Justin Thomas and Smylie Kaufman had their fun playing golf shirtless and enjoying all that Baker’s Bay has to offer, but for all of us golf vacation connoisseurs out there, we’d seen it all before and were left wanting something a little different.

Their vacation is, after all, about us, not about them.

Luckily, they weren’t the only golf crew on vacation this week. Masters runner-up Justin Rose (who has life pretty much all figured out by living where his peers vacation) had some friends down to the Bahamas for something he called #SBJR17. It may not have been as highly-publicized as #SB2K17, but it did include swimming with sharks and some platinum-selling recording artist named Niall Horan, maybe you’ve heard of him?

The vacation caught the eye of one Justin Thomas, who took some time out of his own Bahamas vacation to have some fun with Rose and Horan in the Instagram comments.

Looks like we could be in for dueling vacations again next year.

Bahamas not your style? How about a trip to Duck Bottom Plantation in South Carolina, where several PGA Tour players, including Kevin Kisner, Boo Weekley and Scott Brown gathered for #redneckSB2K17. Seriously.

In case you couldn’t guess from that hashtag, there were horseshoes on the river bank, hunting, fishing and plenty of Pabst Blue Ribbon.

And because we don't want to leave anyone out, Jimmy Walker also took a spring break golf trip with his buddies, while new Masters champ Sergio Garcia visited the Swiss Alps with his fiancée.

Poor Gary Player. Would someone please send the man an invite?

So plenty of guys took last week off, but what about the ladies of the LPGA? Well, they were hard at work, or at least as hard at work as you can be when your place of business is the tropical paradise of Hawaii.

Cristie Kerr got her 19th LPGA win at the Lotte Championship, but plenty of the field found some time to enjoy the sandy beaches and beautiful scenery in their down time. And they shared the pictures because, of course they did.

Every time I come back home to the 808, I fall more and more in love with this island...Mahalo Hawai'i for shaping me into the person that I am today #HawaiiNoKaOi #kuliaikanuu #luckywelivehawaii

#hawaii I dearly love this island, love my host family #TheBishops and my local fans! I am going to work even harder to get my 4 rounds under par! #vamos

Well, you knew it was coming. Someone went and attempted the stupidest trick shot of all time, and wouldn’t you know it, things didn’t work out so well.

The good folks from the Barstool Sports “Fore Play” podcast shared the video below, of a man volunteering his groin area as a tee for another man who is swinging for the fences. If you haven’t had a good cringe today, go ahead and hit the play button.

While there’s no topping that video for a number of reasons, this next one gives it a run for its money.

Remember kids, always keep your head on a swivel.

Wesley Bryan's meteoric rise from trick-shot artist to PGA Tour winner hit him as he stood on the 71st hole Sunday at the RBC Heritage, when he admitted, “Honestly, I just threw up a little bit in my mouth. And I was like, shoot, I guess this is what nervous feels like.”

And the best part of that quote? It may not have been the only time Bryan barfed on Sunday, after stopping for his victory dinner at Taco Bell.

Bryan’s run for the border is something of a victory tradition for the 27-year-old, but, everyone knows the consequences of fourth meal going in. It’s just the price you pay for the always delicious Taco Bell.

Hey, at least he got a response from the fast food giant for thinking outside the bun. Did someone say endorsement deal?

Only way to celebrate winning a major golf tournament. https://t.co/VD5eeMxJRG

You tell 'em Anne. Internet message boards are no place for negativity.