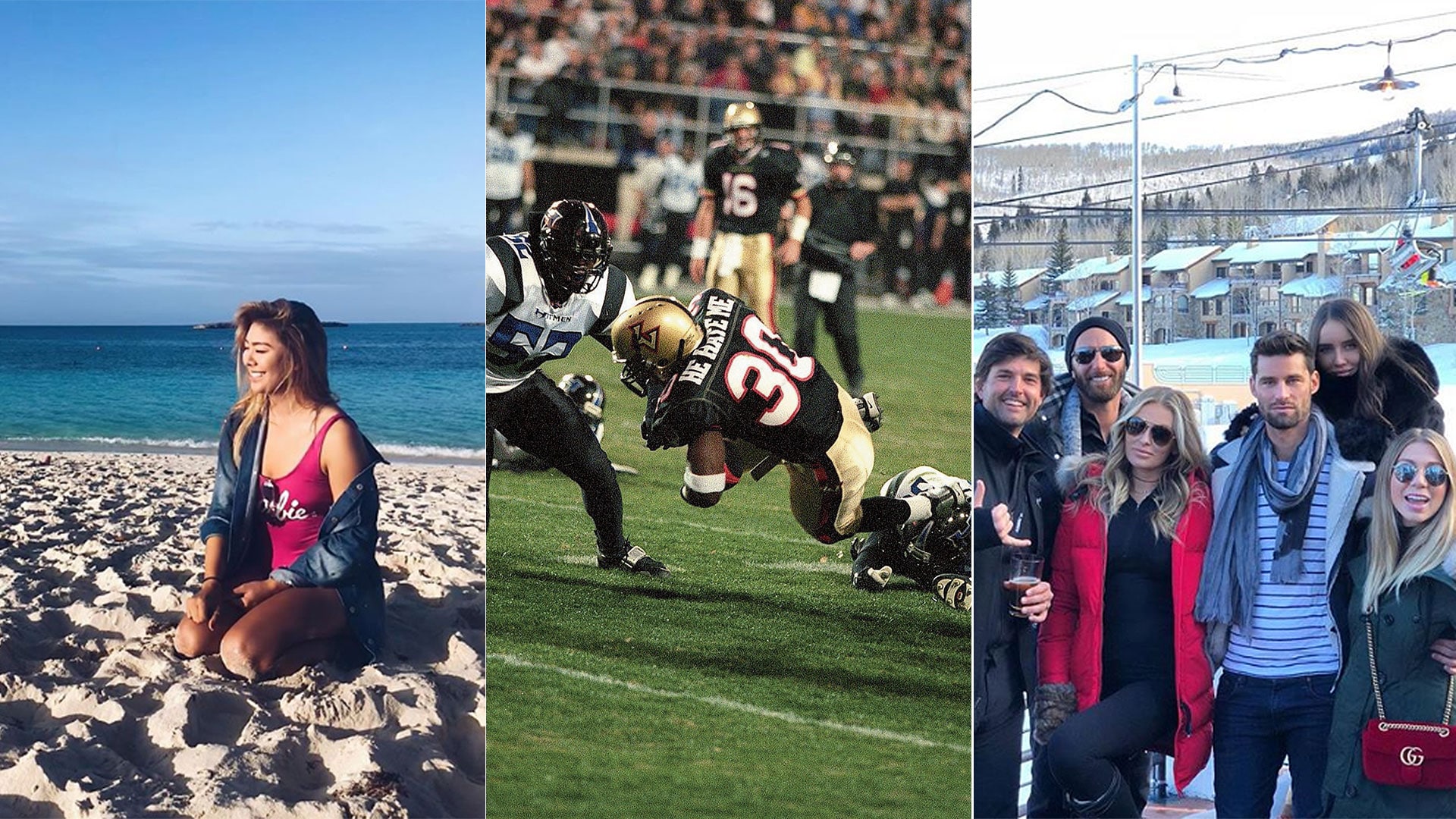 Slow play on the PGA Tour once again rears its ugly head, Dustin Johnson and Paulina Gretzky sweat out the possibility of losing the world No. 1 ranking, LPGAers enjoy their time on and off the course at their season-opener, and a golf version of the XFL? Hey, never say never.

We begin where we always do, by congratulating the weekly PGA Tour winner and wishing only good things for him going forward this year discussing whatever controversy engulfed the golf world this week on the game’s biggest stage. For something new and exciting, the hot topic at the Farmers Insurance Open became slow play, when a near six-hour final round came to a screeching halt in the middle of the 18th fairway as J.B. Holmes took more than four minutes to decide on a club with the co-leader of the tournament waiting on him.

Holmes stood by his decision after the round, saying he "was still trying to win," but there weren't many standing out there on that ledge with him.

On a Tour where players generally try to give each other the benefit of the doubt, several prominent names took to Twitter to voice their frustration with Holmes and the entire process in general:

Just to make everyone complaining about how long JB took to hit that shot on 18, 4 min and 10 sec to be exact, he could have taken 6 minutes and nothing would have been done. Last hole, last group. Something should have been said way earlier.

I guess rules only apply for some players. That was ridiculous how long it took him to play that shot. The rules officials need to change your policy on slow play and be more active on slow players and you won't have these 5 1/2 six hour round. @PGATOURmedia @GolfChannel #fines

No matter what you think about the slow-play issue, it's probably a good general rule of thumb to not alienate everyone you work with, no matter your profession.

Up until the final round at Torrey Pines, Jon Rahm was threatening to win the Farmers Insurance Open and take over the No. 1 ranking from Dustin Johnson in the process, not that DJ would’ve minded … or even noticed.

Johnson and fiancée Paulina spent the week in Aspen, Colorado, with friends and family enjoying the slopes and taking really, really, really, ridiculously good looking photos of themselves – a standard we’ve come to expect from any Johnson-Gretzky vacation.

Another successful aspen trip with the best crew

Man may have discovered fire, but women discovered how to play with it. @paulinagretzky

Say what you will about DJ’s ability to overpower courses or other players, but this is the part of his game that doesn’t get enough credit.

It’s easy to make jokes, but not everyone is wired to just shut their brain off and go on vacation when meaningful golf is being played. Johnson is far and away the Tour’s best at this and go figure, the world rankings still reflect that.

The LPGA saw the PGA Tour’s season-opener in Hawaii and raised them a trip to the Bahamas.

While you could debate which vacation spot is better, the LPGA ladies didn’t seem to have any complaints about their time spent in the tropical paradise last week at the Pure Silk Bahamas LPGA Classic.

Brittany Lincicome had the best week, we're assuming, because you know, she won the tournament.

But from a quick look around social media, it appears all the losers had a decent time, too.

To be beautiful means to be yourself. You don’t need to be accepted by others. You just need to accept yourself #bahamas #feelgood #loveyourself

Not a bad place for a selfie #puresilkbahamas #lpga

In conclusion, the beginning of the season on the PGA and LPGA tours looks pretty amazing. Rest of the season appears to be OK, too.

If you're not working a solid 9-5 job, you should definitely look into it.

This guy is the real MVP.

Sneaks onto the court during an NBA game during warmups, does some light stretching and even gets a shot up before anyone notices he's not actually a player on the team.

A Pelicans fan snuck on to the court for warmups, stretched and put up a shot before the police escorted him off. Dyingpic.twitter.com/ckytG5T8q1

As for that security guard. Boo this man!

Phil Mickelson has a penchant for dad jokes, which makes sense, considering he’s 47 years old and has been a dad for 18 years.

But he took it to another level last week at Torrey Pines after hitting a fan with a wayward drive.

Obviously the fan knew a signed glove was coming hisr way (that’s kind of Phil’s thing), but this one came with a little something extra.

Get hit by a Mickelson wayward tee ball.

Yes, you're reading that right. He signed it - "Next time, duck!"

If we're being totally honest ... not terrible advice.

And if this is any indication of how the twilight of Mickelson's career is going to go down, let's all hope he plays until he's got grandpa jokes.

With Torrey Pines in the books, it's suddenly Waste Management Phoenix Open week ... AKA the biggest party of the year on the PGA Tour.

That visual of the par-3 16th hole on the Stadium Course filled with crazy fans is enough to scare some Tour pros, but not Bubba Watson, who was there over the weekend getting some early practice in.

With the help of his adorably loud son Caleb, of course.

If Bubba wins this week, here's to hoping he gets a giant, "you're welcome!" from his son.

He deserves the credit.

Despite flaming out on the first go-around, an XFL reboot was announced by WWE owner Vince McMahon last week in an attempt to give football fans an alternative option to the NFL by 2020.

Whether it will work or not remains to be seen, but it did get one Tour pro asking the question on Twitter ... "When will there be an XFL for golf?"

John Peterson laid out a few initial rules (which would certainly solve a few problems we saw just last week) - mid-round fights, no practice swings, have to play in under 2 hours, no tees, carry bags and swimsuits.

When will there be an XFL for golf? XTour? Mid round fights, no practice swings, have to play in under 2 hours or can’t play the next week, no tees, carry bags and swimsuits

But that just got the ball rolling.

Plenty of others on social media chimed in with their ideas for the new XTour, which Peterson was all for:

I love that rule

Yes. Off the first that’s a requirement

Sure it'll never happen, because players - and fans - still get bent out of shape over when exactly a fan can yell, "Get in the hole!"

It sure is fun to think about though. And it goes without saying, but you know you'd watch.