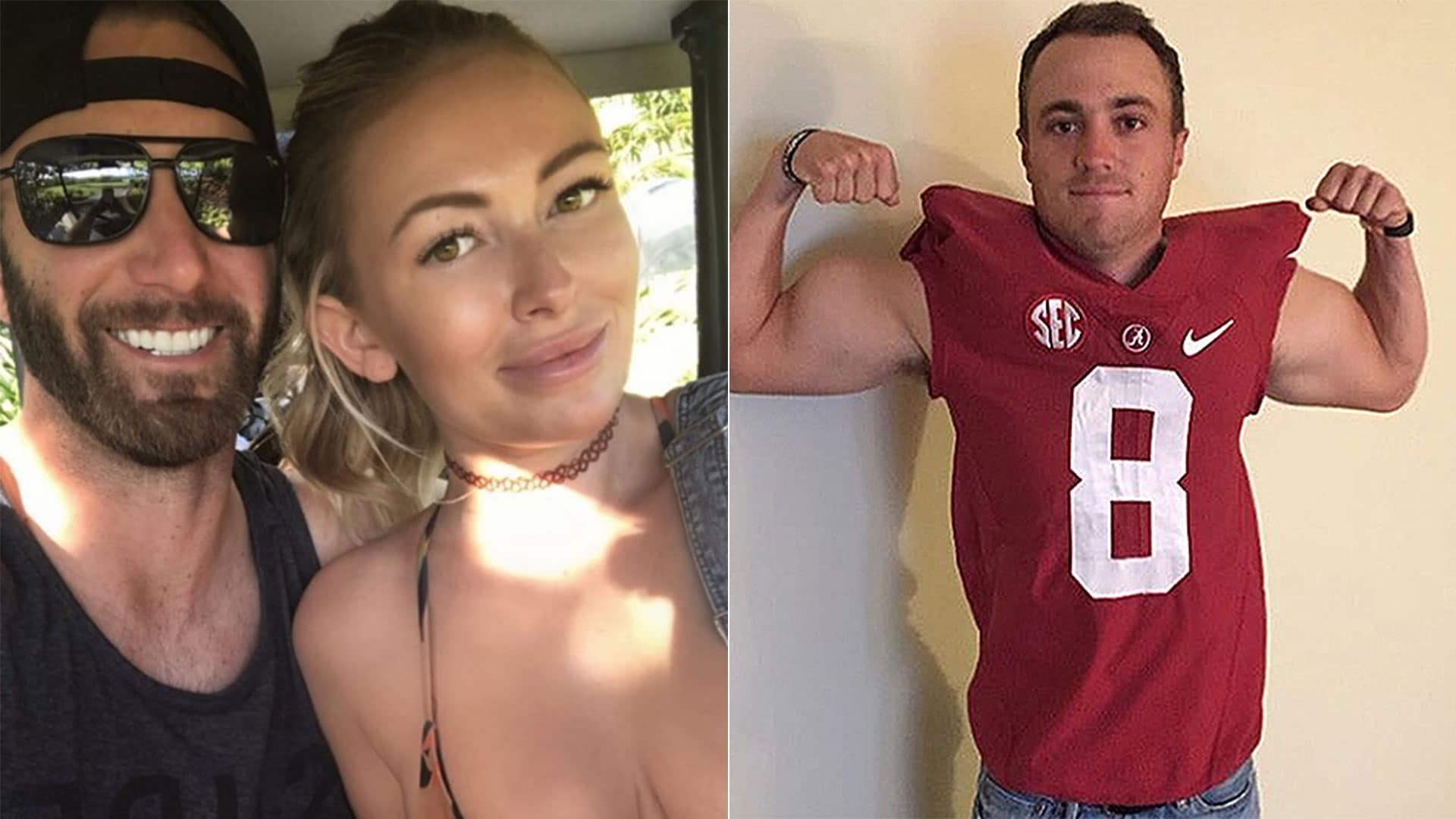 The season couldn't get off to a more perfect start in Hawaii, where players and their families are enjoying the sunny beaches and pretending the rest of the country isn't buried in snow, Dustin Johnson hit what some(one in particular) are calling the "greatest shot ever hit" and your favorite golfers react to the College Football Playoff National Championship.

Golf Channel analyst Brandel Chamblee said some stuff on the Internet recently, and this is going to shock you, people disagreed with it.

Chamblee argued that Dustin Johnson’s drive on the 433-yard, par-4 12th hole on Sunday that he nearly holed out en route to winning the Sentry Tournament of Champions was "the greatest shot ever hit in the game."

Because L O didn’t go on to win, everyone one on my list did, which made the shots more memorable/historical. And I don’t think I’m confusing recent with great, the hardest thing to do in golf is hit it long AND straight, DJ’s shot on 12, IMO is the greatest shot ever hit. https://t.co/09mMmIEOHL

No, I don’t think so. Hardest thing to do in golf is hit it long and straight, I think DJ’s shot is the greatest shot ever hit in the game.

Was it really? Well it’s Tuesday and he’s still tweeting his reasoning for making the argument, so let’s just say he feels strongly about it.

Impactful the way a Michael Jordan hanging in mid air dunk; the way a Tiger Wood’s post shot celebration were impactful. DJ’s tee shot may very well be the way he is remembered; the way this era of great athletes in golf are remembered and have a psychological impact on his peers

But here's the thing – it's his personal record book, as "Stugotz" likes to say. The greatest shot ever can be anything he wants it to be.

Saying DJ's drive is the greatest shot ever hit is rather tame compared to some of the takes out there. So lets all take a deep breath together. It's only January 9. We're never going to make it through 2018 at this rate.

You want to know how you know when you've really made it? When you get paid to go to Hawaii and you get to bring your wife/girlfriend/significant other/whole family to enjoy the time with you.

And this first event of 2018 did not disappoint. It's just something about Hawaii that brings out the family more than say, Ohio. Can't quite put my finger on it. (No offense to Ohio, you know you're not Hawaii.)

Anyway, the week at Kapalua is a great time to hang at the beach, go whale watching, do some amateur modeling, take a walk through the jungle, jump off a waterfall or just hang at the resort pool and bar.

Oh yeah, and there's some golf too, if you're into that.

Makena never disappoints, but even better with a crew like this

There’s always that one friend that can’t pose normal for a picture. Unfortunately that asshole is me. Having a blast with the tour wives that get it. Watching golf from the @ritzcarlton bar! @loripoints @tifcole20 #tourofchampions #kapalua #mauihawaii #maui #ritzcarlton

More on this momentarily.

Mashing the buttons in Mortal Kombat

In case you missed it, this kid is 5 years old.

Even though the University of Central Florida already claimed the college football national title, Georgia and Alabama still squared off on Monday in the College Football Playoff National Championship – and what a game it was.

The Crimson Tide came from behind and beat the Bulldogs with a touchdown in overtime, and now you'll be seeing Georgia alum Kevin Kisner rocking an Alabama jersey in the near future thanks to this hilarious, never-before-seen bet where the loser has to wear the other teams colors.

Those crazy Tour pros. What will they think of next?

They were hardly the only ones in the golf world paying attention to the game, however.

Here's some of the best stuff from social media:

.@TimTebow is so cute!!! #GoDawgs pic.twitter.com/R657TAZYYw

I was never nervous

Still don't have my voice. https://t.co/tGwMBhqHcu

So proud of my Dawgs!!! Incredible season and with the #1 recruiting class many more to come! I said it’s great to be a GA Bulldog!!!

Would like to congratulate my good friend @ColtKnost aka “big gravy” on his national championship!! Great job pic.twitter.com/R4BeL0B9e0

It's been a big week for dad's getting some epic gifts.

This video went viral of a son surprising his father, who is a lifelong Georgia fan, with tickets to the College Football Playoff National Championship. The video had everything – tears, hugs and a super cute cameo from the family bulldog.

This morning I had the privilege of surprising my father with tickets to see our Georgia Bulldogs play in the 2018 #CFPlayoff National Championship Game. #GoDawgs pic.twitter.com/rx1nuVk9II

Doesn't seem as great now that they had to witness Georgia's collapse in person, but still a nice gesture.

But, for all the golf nerds out there, it doesn't hold a candle to this next video.

This dad is going to Sunday of the Masters in April thanks to his son.

This is my Father’s reaction after realizing I’m taking him to The 2018 Master’s Tournament. . Merry Christmas Dad, you deserve it. . PS we’re in Mexico, suck it. . #golf #themasters

And probably had to make some adjustments to the will shortly after this video was shot.

Edited for your protection, of course.

Being semi-famous on the Internet looks like a fun time.