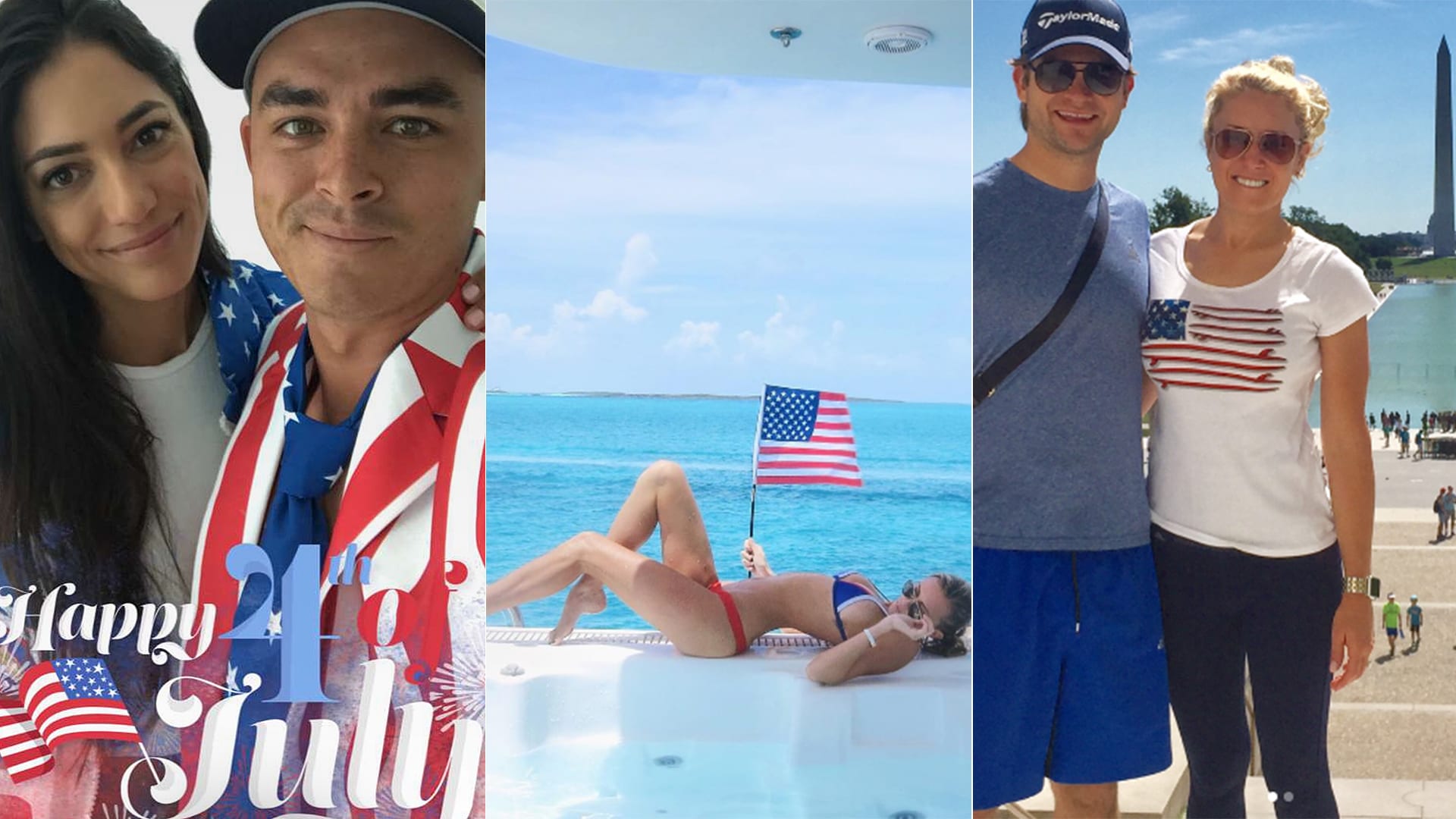 Pros celebrate the holiday in different ways, Ms. Gulbis goes to Washington, and Tiger Woods executes another perfectly-timed news dump. All that and more in this Fourth of July edition of The Social.

Tiger Woods has his own personal struggles just like the rest of us. Nobody's perfect. And good for him for getting whatever help he thought was necessary. A lot of people never have the courage to do that.

But one thing he has perfected is the art of the news dump. He's turned it into an art form.

Blink (or be doing anything fun and holiday related) and you would've missed it, but Woods tweeted that he "recently completed an out of state private intensive program" and "will continue to tackle this going forward with my doctors, family and friends."

For some context, here are some of his past tweets announcing not-so-great news for the 14-time major champ.

Note the time stamps. All Fridays. All after work hours.

Champions dinner with friends Tuesday, but not tournament ready to play Augusta. https://t.co/ip14qY7sTM

I’ve been dedicated to my rehab and improving daily, but I’m not physically ready to compete in the Masters. https://t.co/vbrv5xXISu

Just had successful back surgery. I’ve come back from injuries before and I will again. http://t.co/jZeL6By5EY

We're not saying that he didn't complete treatment at exactly 5:09 p.m. on Monday; he very well may have. We're just saying that's a heck of a coincidence.

It wouldn't be a Fourth of July edition of The Social without a look at what your favorite pros are doing to celebrate.

Since it's a holiday that falls in the middle of the summer that often involves boating and bathing suits, it's only natural to start with a quick look at Paulina Gretzky's Instagram account ... and it looks like she bounced back from that baby just fine.

But Paulina and DJ weren't the only ones in the spirit.

Rickie Fowler and Justin Thomas had themselves quite the bro-down.

Like most days, the Fourth of July looks like a good 24 hours to be a pro golfer.

Brandel Chamblee is never one to hold back an opinion, much like those who watch him on TV aren't shy about letting him know what they think of said opinions.

But he made some valid points during his latest Twitter rant.

While he didn't mention Bernhard Langer by name, the debate over anchoring - in particular, the enforcement of the anchor ban - popped up over the weekend at the U.S. Senior Open when video clips like these started making the rounds.

Chamblee said that while he was never in favor of the anchor ban to begin with, now that it is in effect, the non-application of the rule was "appalling" and "in gross disregard for the spirit of the game."

With regard to the anchoring ban on the PGA Tour Champions,it's appalling,I have never seen such gross disregard for the spirit of the game.

I didn't agree with the ban, because bifurcation was necessary, but post ban, I'm disgusted with the application. Intent?!! #rulesbeingbent https://t.co/Mm4Tc94jGY

Coming from a guy who analyzes golf on television, those words are strong ... to quite strong.

Live look at me trying to achieve my dreams

We've all been this dog.

Danielle Kang's breakthrough major win at the KPMG Women's PGA Championship brought with it congratulatory texts and tweets from all of her famous friends, the most surprising of which came from ... Jon Lovitz(?!).

Well, a ladies night is exactly what Kang had after her major victory, with her good friend Michelle Wie documenting the celebration that included eating noodles out of the trophy.

Natalie Gulbis was in Washington D.C. last week, and it wasn't just to do some sightseeing.

According to a report in the Nevada Independent, Gulbis met with Republicans to discuss a possible Congressional run, as she eyes the seat of Rep. Jacky Rosen (D) in Nevada’s third Congressional district, which is up for grabs in 2018.

The idea comes out of left field and seems like a long shot for someone with no political experience. Then again ... [insert your own joke here].

Who knows. We live in a crazy world and anything is possible. Perhaps if she wins she could teach the president some golf etiquette.

While a little extra fun on the golf course is usually a good thing, I'm willing to stick my neck out at the risk of sounding like an old fart to condemn this latest trend.

A disturbing amount of videos like these have popped up on social media lately and while they may be (arguably) the slightest bit funny for those watching, the guy getting run over could end up seriously injured.

So PSA, please stop running other over unsuspecting friends with golf carts.

Hope no one introduces these poor souls to hockey.