The Social: Forget me not 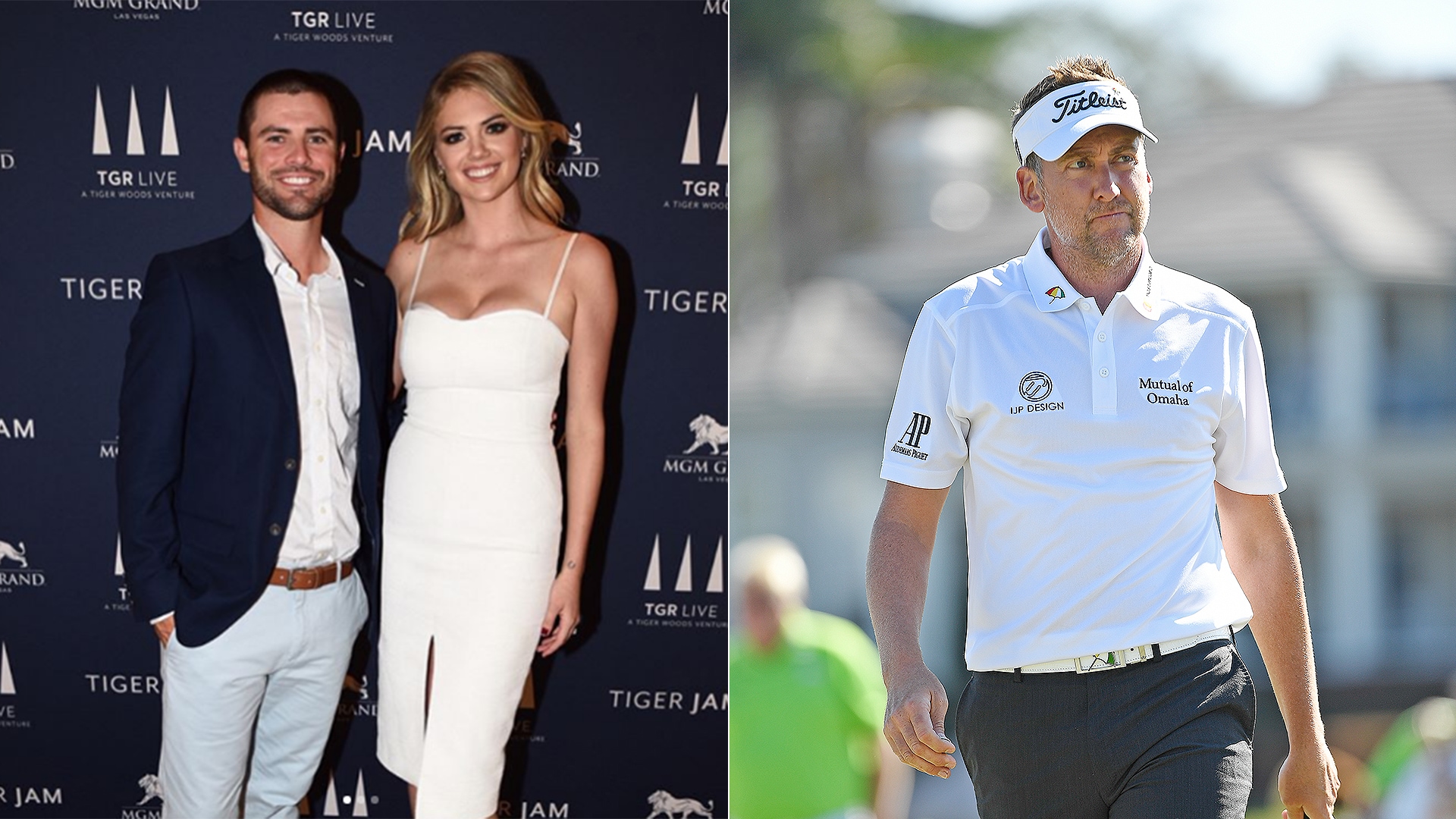 The annual Tiger Jam event went on this past weekend without a certain special someone, Ian Poulter proved that nice guys sometimes finish ... second(?) and one fan had an interesting reaction to the Billy Horschel-Jason Day playoff at the AT&T Byron Nelson. All that and more in this edition of The Social.

If Tiger Jam goes on in Las Vegas but there's no Tiger Woods to be found, did it even happen?

Based on social media posts from the weekend, yes. But it didn't have quite the same feeling without Big Cat.

Don't get it twisted, there was plenty of star power in the building (and on the golf course). Kate Upton, Mark Cuban, Chris Paul, Kid Rock, Paige Spiranac, Daruis Rucker, Phil Hellmuth, Wesley Bryan and former Miss America Kira Kazantsev were among those in attendance.

Let's get the party started. #tigerjam

So great to see old friends and new faces tonight at the #TigerJam poker tournament!

It is great to have @kidrock and @laclippers star @cp3 at #TigerJam this weekend helping to support the @twfoundation! #ReachMillions #UnrelentingChampions More coverage at @tgrliveevents.

Closing out #TigerJam with a bang thanks to a stellar performance by the one and only Darius Rucker! #WorldPokerTour #WPT #Poker #LasVegas #Vegas #MGM

There was probably plenty of money raised for the Tiger Woods Foundation, and raising money for charity is never a bad thing, but part of the charm of Tiger Jam was (for lack of a better term) seeing Tiger let his hair down and make these incredibly goofy faces like he did last year.

Hopefully, we'll see Woods back at this event in 2018. If he makes it back to the PGA Tour, we'll consider it a bonus.

Ian Poulter may, or may not have played conservatively down the stretch of The Players in order to keep his status on the PGA Tour, depending on who you ask.

But the only reason he was able to finish T-2 and essentially secure his PGA Tour card for the 2017-18 season was because Brian Gay and his wife, Kimberly, ran the numbers and found some mistakes that allowed Poulter and Gay to keep their cards for this year.

Poulter didn’t forget the Gays after his tie for second at the Tour’s flagship event, and he spent some of that near-$1 million in prize money on a thank you gift. Like him or loathe him, Poulter deserves some credit for this one.

What is it about professional golfers' kids that makes them all super cute? Whatever it is, it was on full display this weekend.

First, it was former LPGAer and current Golf Channel contributor Amanda Blumenherst, whose unbelievably relatable son just couldn't get his ball in the hole.

Some days, golf seems simple. This was not one of those days.

Horschel, who was plenty emotional himself after securing his first win since 2014 at the AT&T Byron Nelson, was upstaged by his daughter, who celebrated with her dad while watching him on live TV.

WATCH: A sea lion drags a girl into water by her dress. pic.twitter.com/ypqr4GCxm5

PSA: Watch out for lions. Both those who live on land or in the sea.

You know those golf shoes that double as regular shoes, so you can transition seamlessly from your regular daily activities to the golf course?

Well that's what the University of Michigan head football coach, Jim Harbaugh, wears all the time, on all parts of his body.

On Monday, Harbaugh helped deliver a baby calf, wearing (what else) khakis and a Jordan Brand sweater. You read that right.

Thanks to Mike & Sue of @fairlife milk for the @fairoaksfarms tour. Great day, what a mission they are on! PLUS helped deliver a baby calf! pic.twitter.com/8sSZYPaY4o

But the day was young and Harbough had an afternoon tee time.

If you think he changed, you don't know squat about Jim Harbaugh.

There's a solid chance Harbaugh spent the night sleeping over at a potential recruit's house in the same outfit. Every big-time golf fan was tuned in to the Billy Horschel-Jason Day playoff for the AT&T Byron Nelson title on Sunday, but one guy took it to another level.

Keeping with tradition of most recent major sporting events, one member of the gallery just couldn't help himself, and went viral by ... rubbing his nipples?

That's not a question. Sorry for the question mark. Big congratulations to this guy, though. You made it.