The Social: From Ludacris to the ridiculous 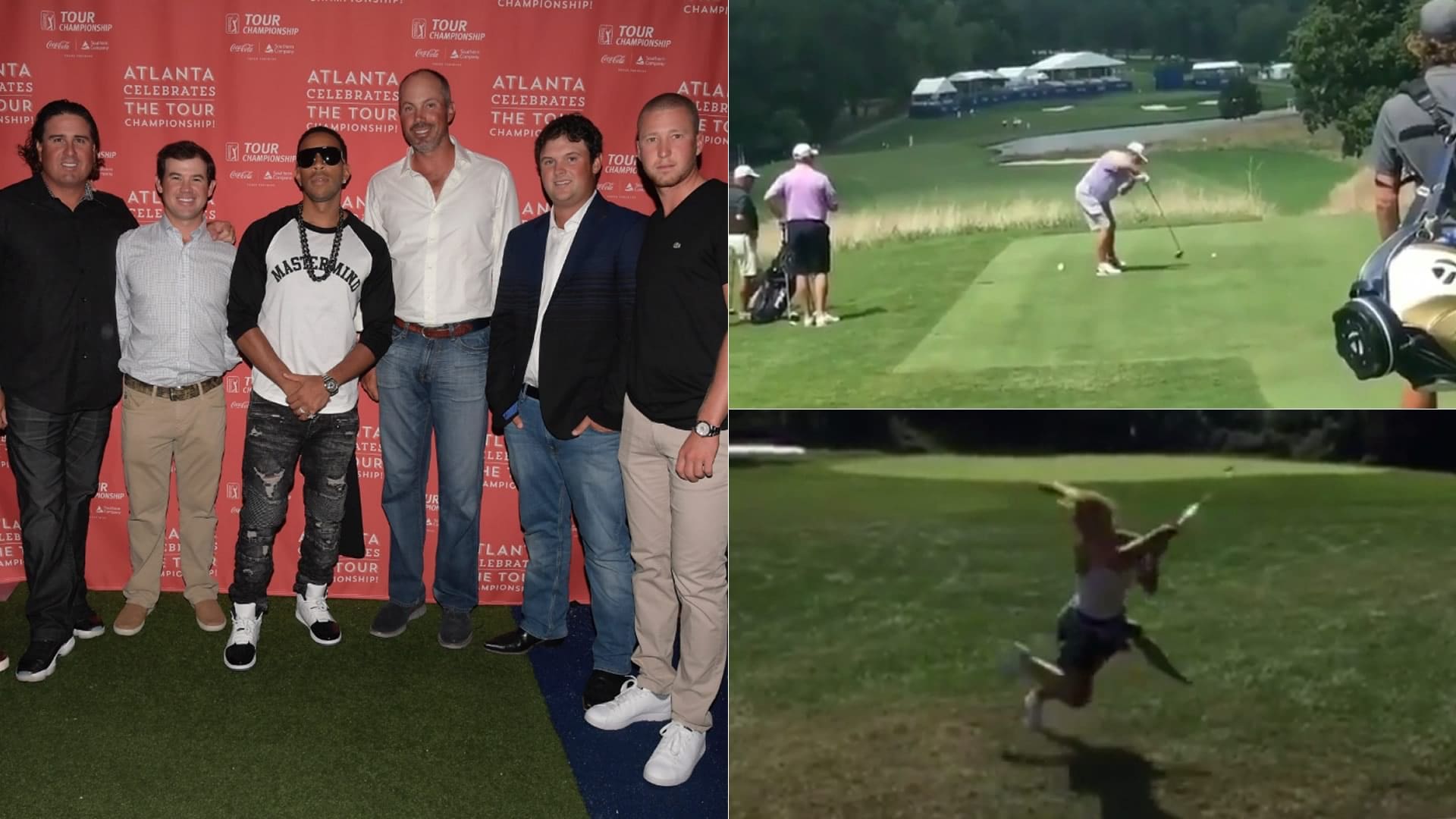 PGA Tour stars walk the red carpet before the Tour Championship (and look good doing it), Rory McIlroy shows off his soccer skills without tearing a ligament and some of the wildest swings you've ever seen are on full display.

All that and more in this week's The Social.

Welcome to Atlanta, where Ludacris serenaded the top 30 in the FedExCup rankings for making it to the playoff finale at East Lake.

The players were shown plenty of southern hospitality as they walked the red carpet at the kickoff concert, posing with the rapper and "The Fast and the Furious" actor.

ATL showed out! What a way to kickoff tournament week pic.twitter.com/8HZN7JyYq0

Hit the red carpet at the @playofffinale kickoff party with @JonRahmpga, Pat Perez and company!

If the choice of music for the event seems like an odd pairing, you haven't been paying much attention to golf this year.

Snoop Dogg kicked off major season by headlining "Augusta Jam" on the night before the opening round of the Masters at the Country Club Dance Hall and Saloon, just a couple miles down the road from Augusta National.

Live rap music from guys 40-and-over. The hottest trend in golf. You heard it here first.

McIlroy and soccer kind of go together like lamb and tuna fish. He may like it – a lot – but you can't blame golf fans if they cringe a little while viewing this next clip considering he tore an ankle ligament playing the sport in 2015 and missed his Open title defense while nursing the injury.

Of course, McIlroy wasn't the only one getting back on the horse this week. Greg Norman, who once almost severed his left hand with a chainsaw, posted this photo of him on clean-up duty in the aftermath of Hurricane Irma at his home in Jupiter, Fla.

Once you get over the fact that he is indeed wearing a shirt, you will see The Shark is once again wielding a chainsaw.

Clean up time. Thanks Irma. And to everyone else in its path I hope any damage was minimal.

Ever hear that joke about women living longer than men? Insert it here.

Much was made about the LPGA’s decision to shorten their fifth major, the Evian Championship from 72 to 54 holes and wipe out the scores of those who had begun their rounds on Thursday after weather made the course unplayable.

No matter where you stand on the issue, and many thought the credibility of the event took a major hit, you had to feel for those players who had gone out and put up some early birdies only to see them taken off the board before play started on Friday.

One of those players was co-leader Jessica Korda, who wasn’t shy about sharing her opinion on Twitter.

Day 1 at @EvianChamp was scrapped because of inclement weather. Scores will be reset with the event now 54 holes: https://t.co/0twvU0U9It pic.twitter.com/64kbudOC88

Replying to a Golf Channel story about the decision, Korda said she was "super pumped" about it, but we have a sneaky suspicion that she wasn't actually super pumped about it and quite possibly wasn't happy about it at all.

"Who's winning the match?" - This good dog, probably.

Kids say the darndest things … and they aren’t too shabby on the golf course these days, either.

At this past week’s KLM Open, 11-year-old Mattias Henke came closest to the pin in a "Beat the Pro" competition against Chris Wood and Max Albertus and winning a free flight to anywhere in Europe in the process. You read that right, an 11-year-old beat a European Ryder Cupper in a closest-to-the-pin contest.

At least some pros still beat the 8-year-old who gave it a try, although it's a pretty good bet you may be hearing Tom Hendricks' name in the future after this drive.

Not to be outdone, over on the PGA Tour 6-year-old one-armed golfer Tommy Morrissey hung out at the BMW Championship with Paige Spiranac and ... you guessed it ... beat her at a closest-to-the-pin contest ... by hitting the pin on his second shot.

My new little buddy @onearmgolfer! He's killing me at topgolf right now and I'm not even mad haha. @bmw_golfsport @bmwchamps

Technically there’s no wrong way to play golf, but there are some methods that seem to work better than others. These next three swings that were floating around on social media this week certainly wouldn’t be taught in your local group lessons, but hey, to each their own.

The two drives, one from Steve Wheatcroft’s pro-am partner at the Albertsons Boise Open, are pretty impressive just to make contact, let alone go over 200 yards, as Wheatcroft claimed.

There's pro am swings, and then there's this. I'm not making fun, I'm amazed. Actually can move it 200+. #awesome #albertsonsboiseopen pic.twitter.com/t4tH4VtBUY

Grip it & rip it @foreplaypod

This chip though, could probably use just a little less follow-through. Just one man's personal opinion.